Not only did Stipe Miocic have plenty to celebrate at UFC 241, on account of reclaiming the heavyweight crown, the Ohio fighter found out his Dad's clear of cancer.

UFC 241 was one of the most highly anticipated events of the year, and as you can see by watching the video below, it was a very emotional night for the parties involved. 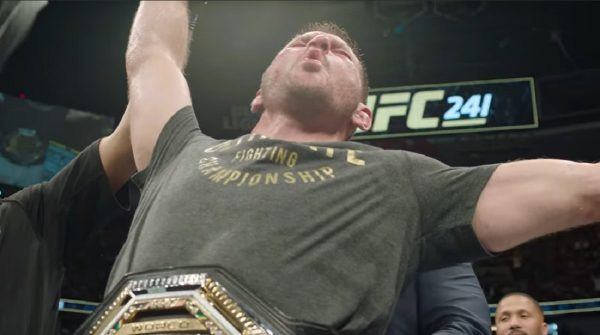 The card saw Stipe Miocic avenge his loss last summer to Daniel Cormier, by taking out the now former champ-champ in round four. Not only that, but as “The Thrill & The Agony” documents, the champ found out that night his father’s cancer free.

The card also featured the long awaited return of Nate Diaz, who was fighting for the first time since 2016. The Stockton star didn’t disappoint his sizeable fan base, as he worked his way to a decision win over Anthony Pettis.

The video below is definitely worth a watch.