It’s time once again for another NXT TakeOver [1], and this one is kicking off Toronto’s SummerSlam [2] weekend. The black and yellow brand will look to be heating up The North with a nice card heading our way. We’ve got a triple threat match for the NXT North American Championship [3], Shayna Baszler battling Mia Yim to keep her NXT Women’s Championship, Adam Cole versus Johnny Gargano in a 2 out of 3 falls match, and much more. It’s a lot of exciting wrestling crammed into a few hours, so let’s buckle up and crack open this Nutshell!

As with so many other TakeOvers [4], as the show progressed, each match got better and better. Several of the matches could have laid claim to being the best of the night…but then the main event happened. 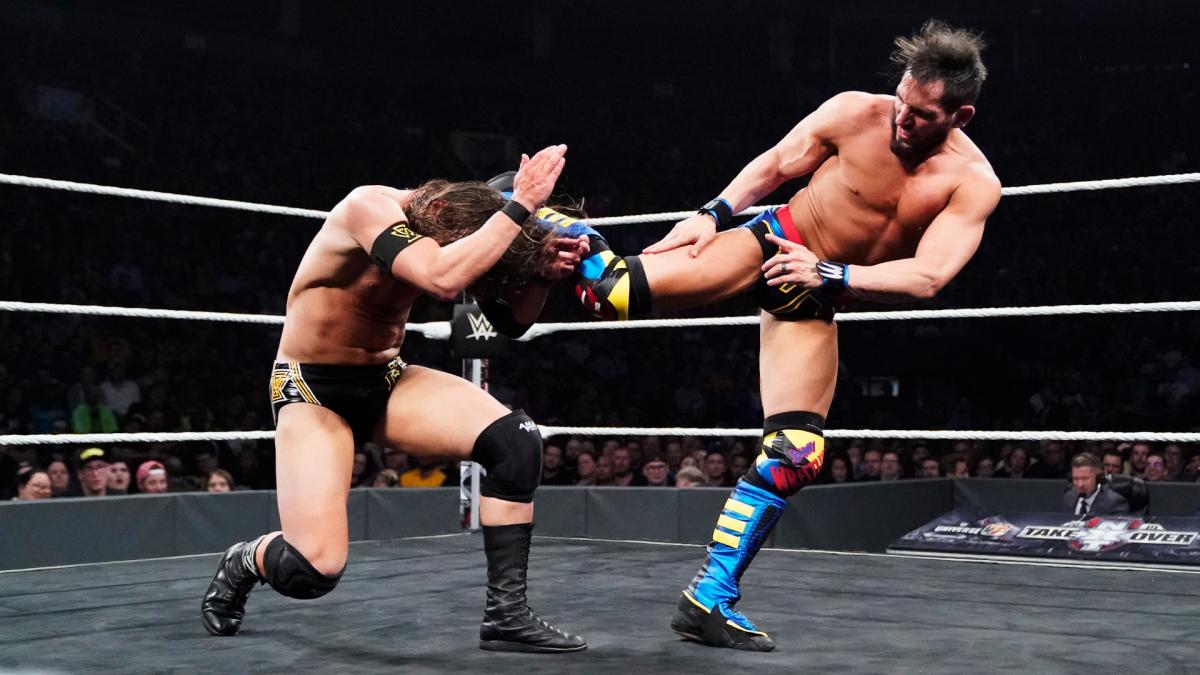 If you really wanted a great match, you would have to be pleased with Gargano versus Cole. 3 falls, for the NXT Championship. We got all three, with the decisive one coming inside a cage brimming with weapons. 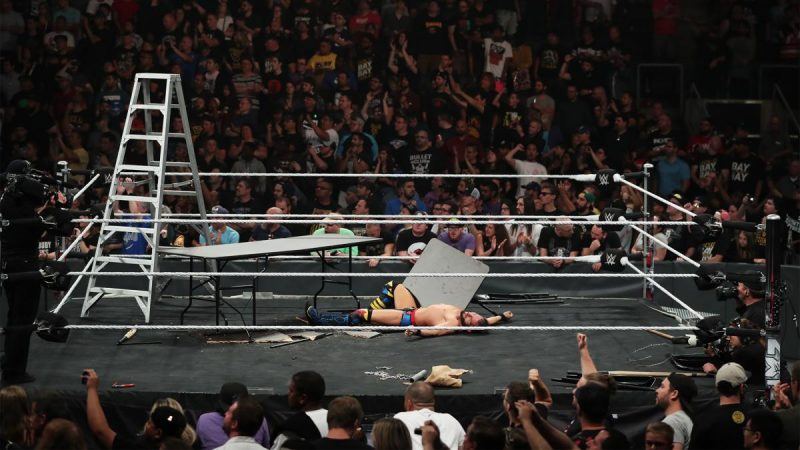 The other matches were very good. This main event will be a match of the year contender.

It’s a TakeOver. They don’t have bad matches.

So many options here…Johnny Gargano did well, but not well enough. 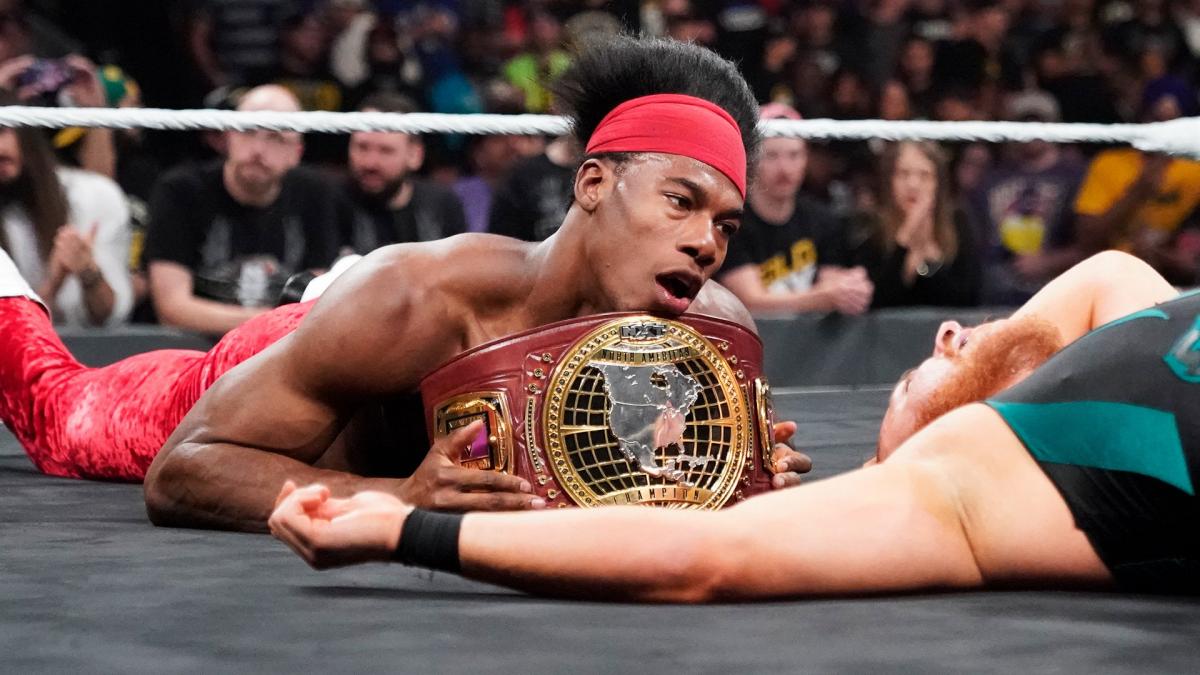 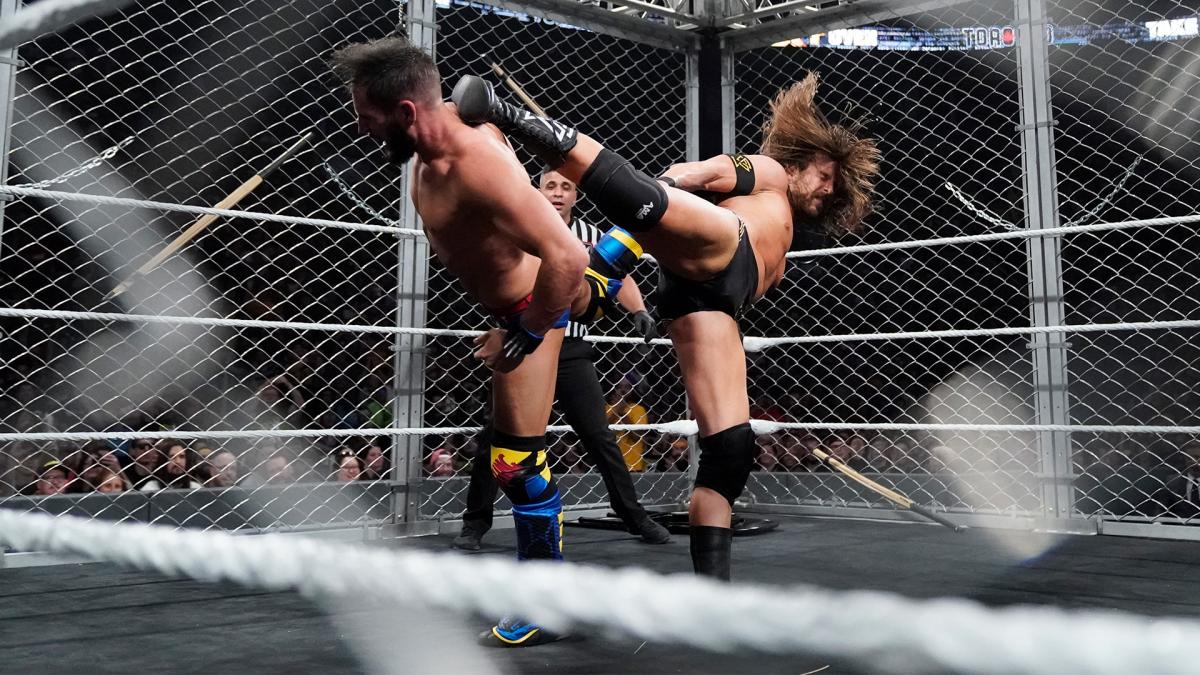 Jobber of the Night

Normally on a TakeOver, this would not be a thing. But we had Killian Dain AND Matt Riddle beating the hell out of a bunch of security in the midst of their brawl…so they deserve some love.

For me, there were a lot of them. My favorites: 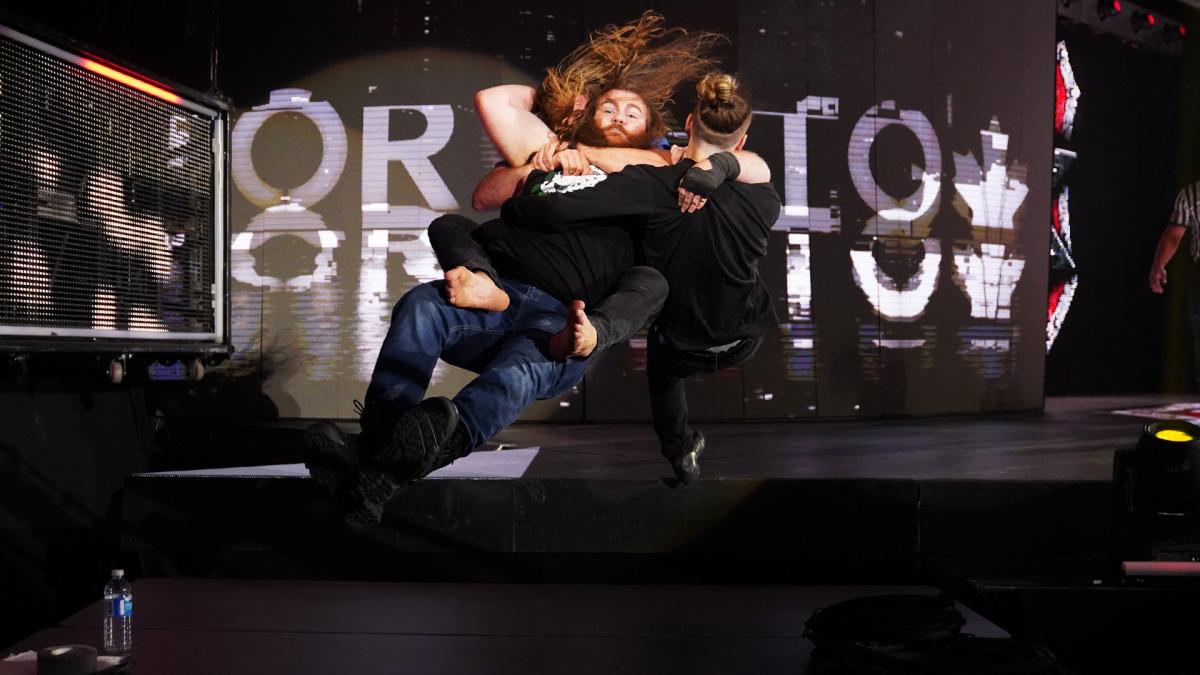 The wrap up of the Killian Dain-Matt Riddle brawl, where Dain took Riddle and a security person off the ramp through a table. 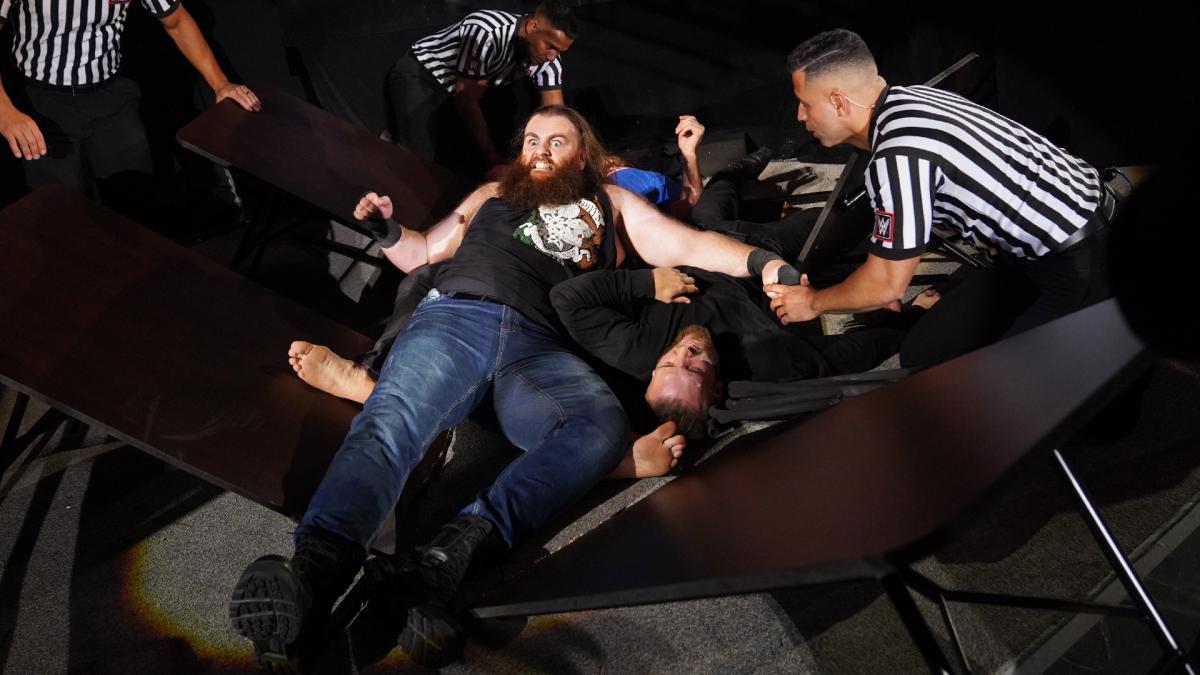 Pretty much the entire second and third fall of the main event. Incredible match, plenty of spots. Dual super kicks…that leap off the top of the cage to give us the final fall…many in between 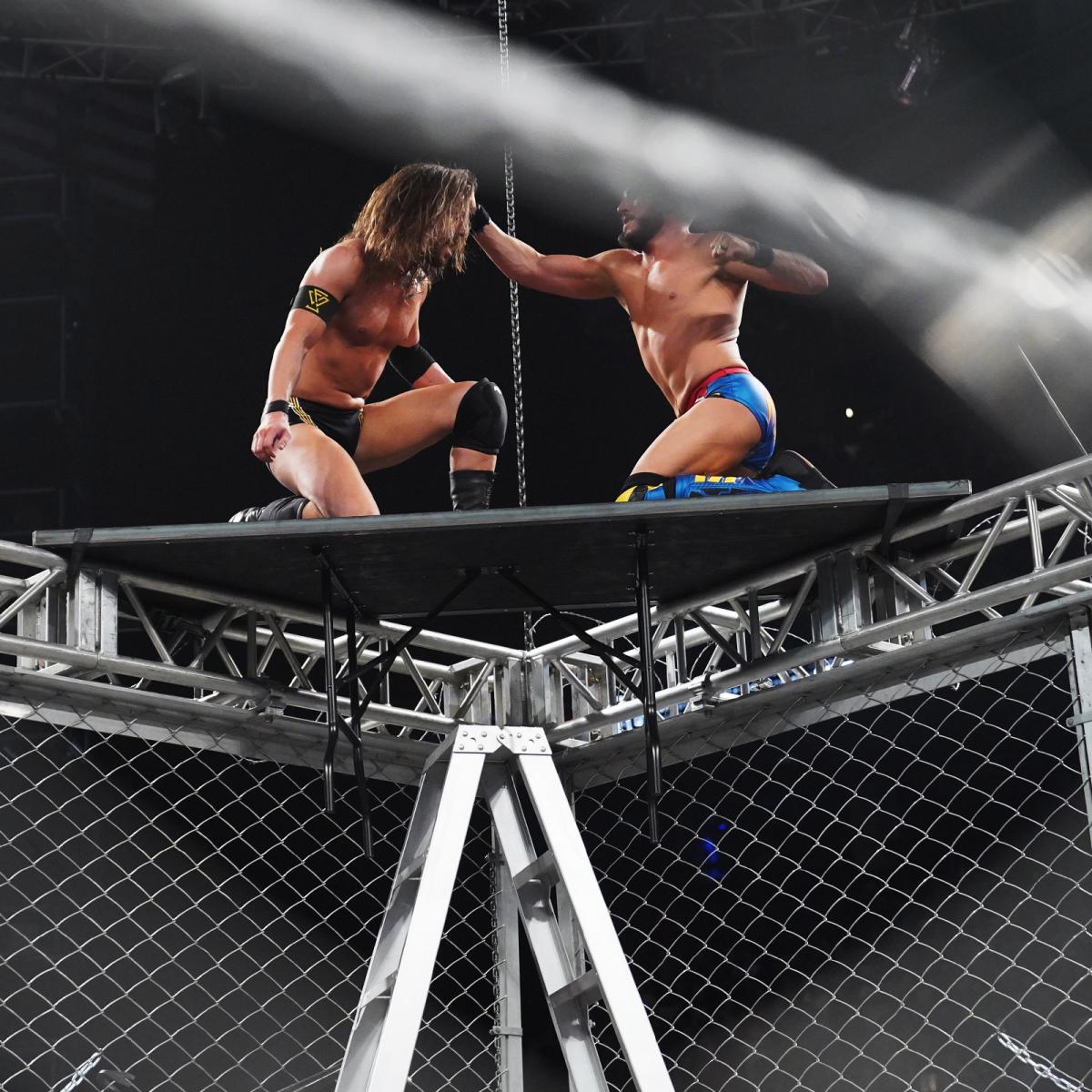 If you want a way to be on the show in a big way, without being on the show? Look at that brawl between Killian Dain and Matt Riddle 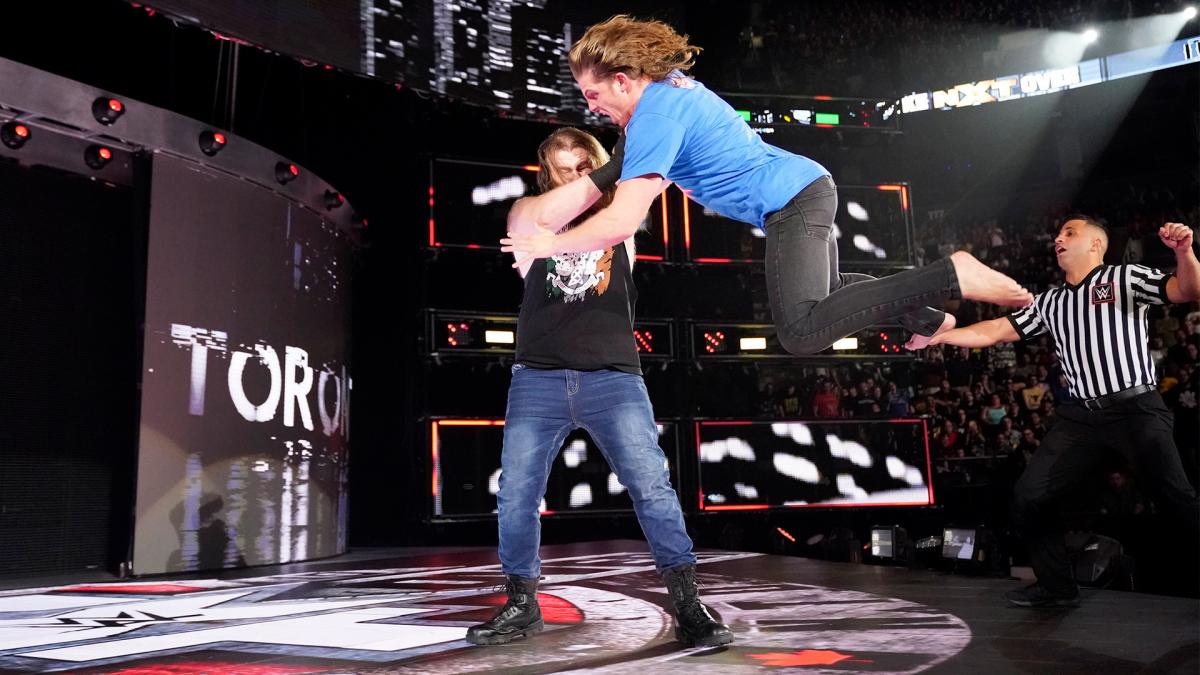 The entire main event is worthy. But specifically, from the street fight fall (fall #2) through the conclusion. The cage upped the ante, with weapons attached to it at all points. It was a crazy match, and garnered many Holy [email protected] chants. 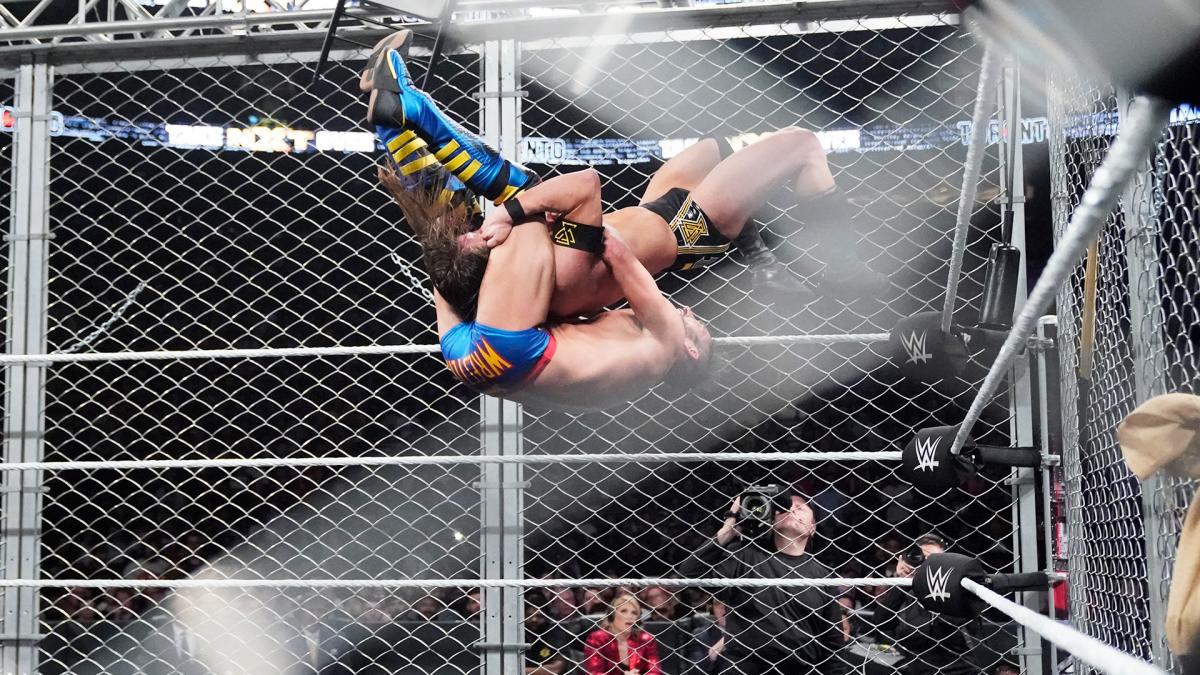 Can I go to the pre-show for this one? I think I can. I know I will. Pat McAfee, on the panel, referred to the host country as Canadia. Not once. But twice. Maybe it’s a joke? But he didn’t seem to be joking…

Pretty sure this was the first TakeOver that gave us two women’s matches, so that’s kind of a big deal.

I came into this expecting a title change or two. We got none.

Nothing really, though I was bummed at the lack of a title change. Also, kind of thought we might at least see Tommaso Ciampa show up to remind us he’d be back soon.

From start to finish, a satisfying TakeOver. SummerSlam has a lot more time for it’s matches, but that card will be hard pressed to match this one. A solid three hours.

I really can’t say much more positive than I already have. TakeOvers are pretty much a sure thing. You know you are going to get five matches, and they will be five good to great ones. Tonight did not disappoint.