Before joining one of the NXT [1] brands or going to the main roster, plenty of people stop by the WWE Performance Center [2]. Leading this class is Austin Theory, who is well known in EVOLVE and appeared in the crowd at Takeover Toronto [3]. So, here are photos of the newest batch of potential superstars with a bio attached. 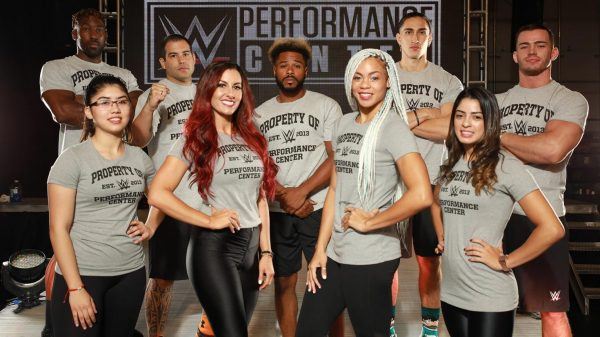 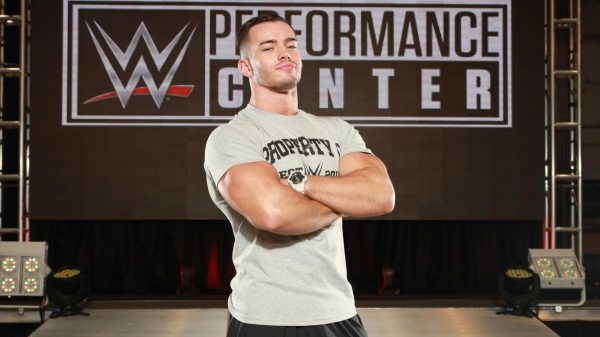 At age 22, Austin White, aka Austin Theory, is one of sports-entertainment’s fastest-rising young prospects. Hailing from McDonough, Ga., White already has experience facing top NXT Superstars as part of the black-and-gold brand’s relationship with EVOLVE Wrestling. He won the EVOLVE Title from Fabian Aichner last December in a Triple Threat Match that also featured Roderick Strong, and has since battled the likes of Adam Cole and Johnny Gargano at EVOLVE events. He also made his WWE Network debut in July, defeating JD Drake to win the WWN Title at the EVOLVE 10th Anniversary Celebration [4]. 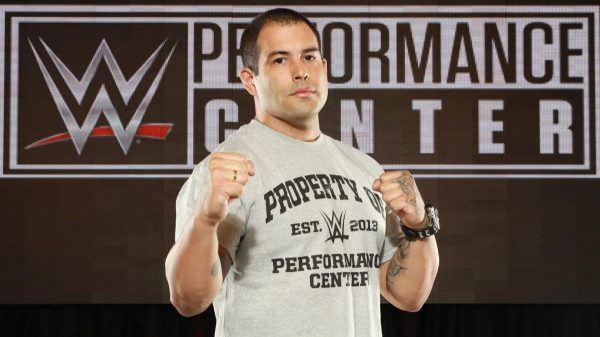 Marcos Gomes, also of Brazil, joins the WWE Performance Center from the world of combat sports. The 260-pounder specializes in Jiu-Jitsu but also trains in boxing and wrestling, and is an instructor in Muay Thai. 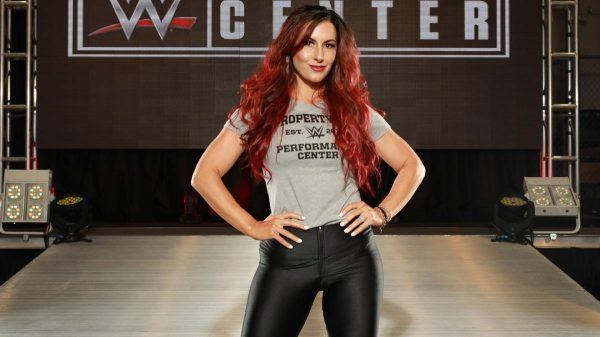 Ocala, Fla.’s Santana Garrett was a competitor in the inaugural Mae Young Classic and has also been featured on NXT TV. Since making her in-ring debut, Garrett has accumulated many titles and accolades, including winning the Cauliflower Alley Club’s Future Legend Award in 2014, a distinction once bestowed upon Kurt Angle. She was inspired to pursue sports-entertainment by her father, former wrestler “TNT” Keny G, and has been mentored by WWE Hall of Famers like Scott Hall and Larry Zbyszko. Garrett has also wrestled internationally, competing in Japan and Chile, among other locales. 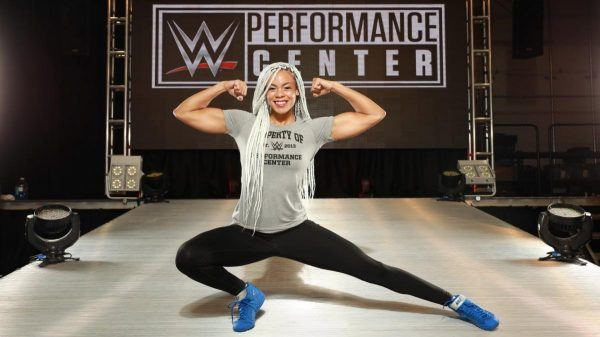 Briana Brandy has one of the most unique paths to the Performance Center. An aspiring hip-hop artist who toured alongside the likes of Soulja Boy and Jadakiss, the 5-foot-9 Brandy has years of ninjutsu and “extreme CrossFit” training under her belt. She also played basketball and was a competitive swimmer in high school. Brandy previously attended a WWE tryout in June 2017. 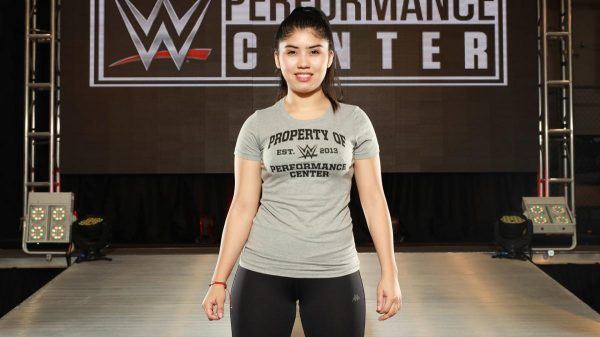 Catalina Garcia, from Chile, goes by the professional alias “La Diva del Ring” Jessy on the independent wrestling circuit. Garcia has competed in Chilean promotions 5 Luchas – Clandestino and MAX Lucha Libre, as well as the Santiago-based Revolución Lucha Libre, where she is a two-time women’s champion. 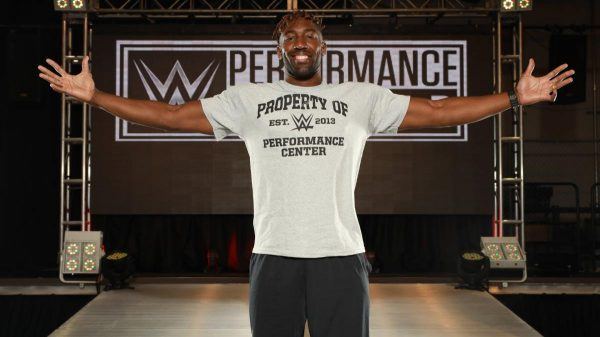 Six-foot-six, 265-pounder EJ Nduka brings a diverse athletic background to the Performance Center. He played professional football for four years, including stints in the CFL, IFL and AFL, and later became a champion bodybuilder. Nduka has also trained in mixed martial arts and boxing. He attended tryouts at the WWE Performance Center in December 2018 and April 2019. 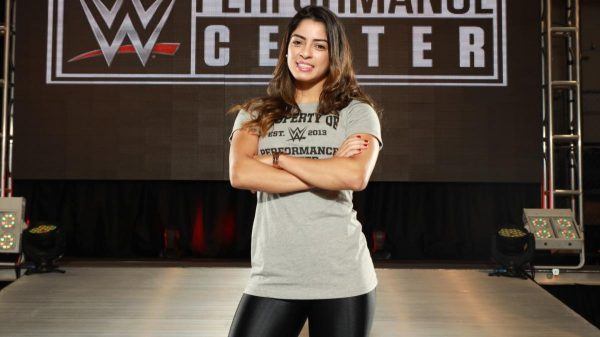 Brazil’s Rita Reis, 24, is a Jiu-Jitsu world champion and a multi-time medalist in both Jiu-Jitsu and judo. She’s won titles in not only her native country, but throughout Europe as well. Reis also took home the gold in the Abu Dhabi World Professional Jiu-Jitsu Championship in 2017. 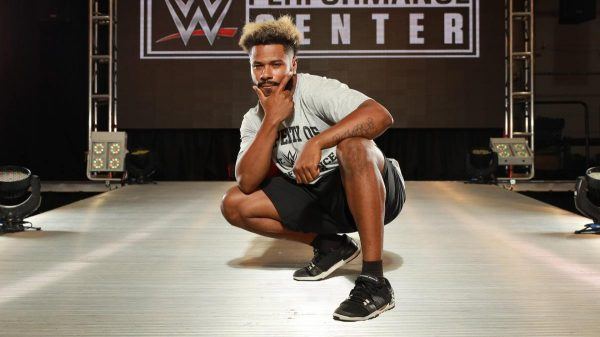 U.S. Army veteran and former Division I football player Tehuti Miles attended WWE tryouts in 2017 and 2018. The 210-pounder from Silver Spring, Md., played multiple positions for the University of Maryland Terrapins after serving in the military, which included a tour of duty in Afghanistan. More recently, Miles has gained wrestling experience competing on Maryland’s independent circuit. 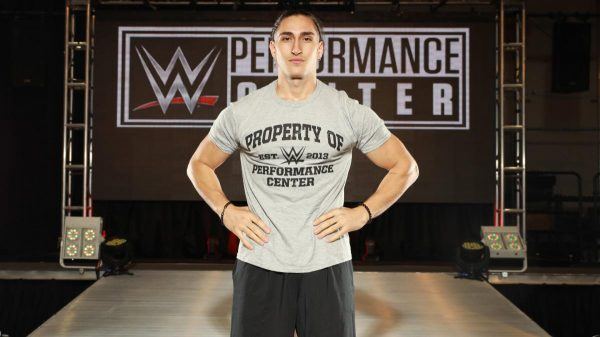 Twenty-four-year-old Aleksandar Jaksic played semi-pro basketball in Germany before setting his sights on the ring. The 6-foot-5, 230-pounder initially trained under former WWE Intercontinental Champion Santino Marella at the Battle Arts Academy in Canada and has also received coaching from former WCW star Alex Wright. He has spent the past several years wrestling in Germany under the alias “LX Ken,” and he took part in WWE’s tryout in Cologne last November.