Mean Gene Gets Audio Studio Named In His Honor

Mean Gene Okerlund was one of the WWE's most iconic commentators and announcers. Now, the WWE have renamed an audio studio to honor the late legend.

Legendary commentator, interviewer and announcer Mean Gene Okerlund unfortunately passed away at the age of 76 last January. Even though Gene may no longer be here, he is far from forgotten. To honor the late WWE legend, Scott Stanford has now revealed the WWE has renamed its audio studio 2 in honor of him. 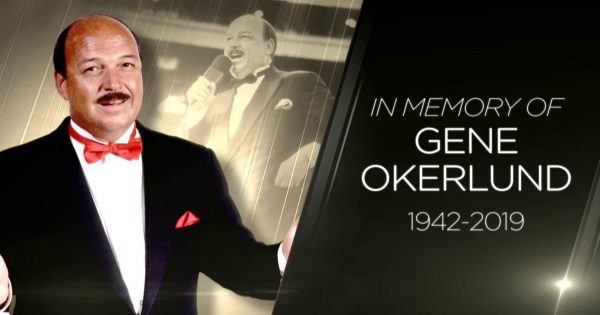 Since Mean Gene Okerlund was heavily involved in the WWE as an interviewer, commentator and announcer, there was not a tribute that could have been more fitting than renaming Audio Studio 2 in honor of Mean Gene Okerlund. The announcement of the name change was made by Scott Stanford on Twitter.

His Career In Professional Wrestling 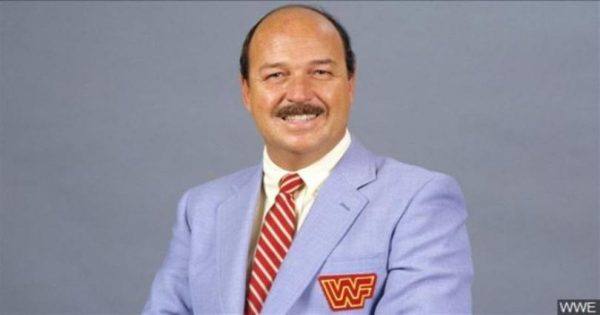 There are not many things Mean Gene Okerlund has not done in the world of wrestling. Born on December 19, 1942 as Eugene Arthur Okerlund – and later known as “Mean” Gene Okerlund in the wrestling world – Okerlund had his hand in interviewing, announcing, and even television hosting. He also made numerous appearances on WWE shows; this includes Legends House.

Mean Gene started his career as a disc jockey in Nebraska; this after studying broadcast journalism at the University of Nebraska. In the 70’s, Gene would leave the radio broadcasting world behind for a role in the wrestling business.

Okerlund started his career in wrestling at the American Wrestling Association (AWA). Interestingly, the job Gene acquired was not meant to be a permanent position, as he was replacing a ring announcer and interviewer who fell ill at the time. While he kept fulfilling a role within the company for over a decade, he would eventually become the announcer’s permanent replacement.

Okerlund also had brushes with actual wrestling. One of the most notable happened in 1984, where Mean Gene got tagged in a match against Mr. Fuji and George Steele by none other than Hulk Hogan. Okerlund would eventually pun Mr. Fuji and take the win alongside the Hulkster.

Mean Gene would eventually leave WWF in 1993 at the end of Summerslam. He claimed he was never offered a new contract, which prompted him to leave the company. Even though lots of negotiations took place over the next couple of years, the WWE failed to acquire Okerlund until the end of WCW in 2001.

In 2006, Okerlund was inducted in the WWE Hall of Fame. Fittingly, the company chose Hulk Hogan to make the induction, which is brilliant considering the history between Mean Gene and The Hulkster. Unfortunately, Okerlund would die in January of 2019. His son would later reveal Gene had received a number of failed kidney transplants and had a fall shortly before his death. Despite his tragic and unexpected passing, Mean Gene Okerlund will be remembered by wrestling fans around the world.