Recently Cris "Cyborg" talked about her past with the UFC, as well as her fighting future, and she may have let it slip where she's headed next.

Since Cris “Cyborg” exited the UFC, there’s been plenty of speculation that she’ll end up signing with Bellator. Well, during a recent interview, the star may have let it slip that’s indeed going to be the case. 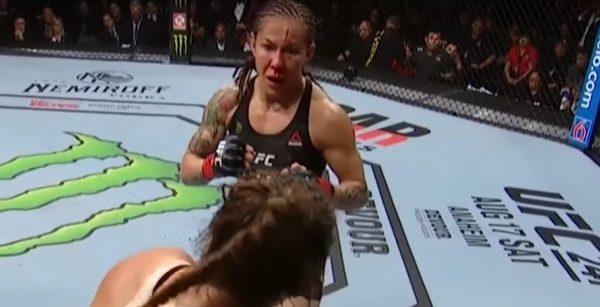 ‘Cyborg” closed out her UFC deal this past July at UFC 240, by scoring a decision win over rising featherweight, Felicia Spencer. Before the bout took place, “Cyborg” said she intended to test free agency, and that didn’t come as a surprise to anyone. The Brazilian star had accused UFC President Dana White of bullying her in the past, and she also claimed the latter was lying about her wish to rematch Amanda Nunes. White continued to insist that wasn’t the case, and following the well documented, backstage video incident, the UFC President let it be known they weren’t going to re-sign “Cyborg”.

Is “Cyborg” headed to Bellator?

Since “Cyborg” fought for Bellator President Scott Coker when he ran Strikeforce, many have speculated that Bellator is the front-runner for her next promotion. Well, during a recent interview, “Cyborg” said this (quotes via MMA Fighting):

“[The UFC] is in the past. It’s in the past since my last fight. I put it in the past in my heart. I believe I made a lot in the UFC. I believe I’m one of the girls who fought in the UFC who has more wins than losses. I believe all places I’ve been had something special in it. With the UFC, I wanted to be fighting in the UFC. I went through all the hard time cutting weight to make my division and they made it. Amanda is the champion, there is a division. Every moment of my life I start a project and the UFC project was to have my division. I put an effort to get down to the division, I made it, and there is a division now.”

“…I’ve passed through many cycles already and in a cycle there is always beginning, middle, and end,” Cyborg said. “Invicta had an end Bellator – no, [laughing] not Bellator yet – the UFC had a beginning, middle, and end. Strikeforce. So I’m starting a new cycle. I’m happy, anxious, looking forward to starting. It’s good to start new projects and I’m looking forward to that.”

Now, is it possible that “Cyborg” completely, by accident mentioned Bellator? It’s not impossible. And could it be they’re talking with Bellator but no deal could be reached? That’s possible, sure. But, this certainly is a strong signal that “Cyborg” could be competing in a Bellator cage next.

The 34-year-old fighter currently carries a record of 21-2, with 1 no-contest.