Colby Covington continues to make headlines following his dominant win over Robbie Lawler this past weekend at UFC Newark. But once again, the news is tied to what “Chaos” has said outside of the cage. 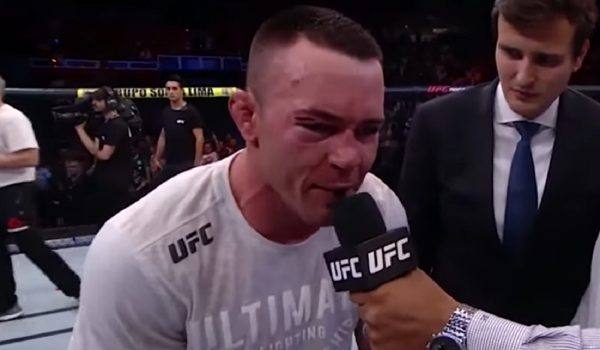 The controversial fighter recently appeared on Sirius XM’s “MMA Tonight”, which is hosted by former UFC champ Miesha Tate and Ryan McKinnell. According to a follow-up report from MMA Junkie, Covington didn’t care for Tate asking him why he referred to Lawler as a “legend”, while he insults other opponents.

Things apparently off the rails from there, and Covington accused Tate of talking about him behind his back, and claiming the fighter’s act is “disgusting” and not worthy of ONE Championship. Tate, however, reportedly relayed that ONE CEO Chatri Sityodtong actually said that. Then Tate also offered this:

“I don’t even know what to say right now,” Tate said. “It’s kind of crazy that you would go on that level just because I have an opinion, that you as an American should have respect for the fact that at least I have the balls to say it to your face, and that’s my opinion, and I’m entitled to it. I did not put you down as a person. You put me down as a person.”

After McKinnell noted that it’s Tate’s job to offer commentary, Covington countered with this:

Covington gets banned from the show

Apparently, McKinnell also blasted Covington for implying that leaked nude photos of Tate had been deliberately released. Covington said that was a “low blow”, and that prompted this:

“I came on the show to give you the best ratings you’re ever going to get,” Covington said.

“Like the best ratings that UFC on ESPN (5) got, which was the lowest-rated UFC on ESPN ever?” McKinnell countered.

That reportedly wasn’t the end of the verbal sparring, and McKinnell ultimately announced that Covington would never appear on the show again.

Now, the fact an interview with Covington went off the rails isn’t surprising. But, his comments about being “a real person” and “telling” it like it is raise questions. Many people, including many media members and some of Covington’s team members, have claimed his controversial persona is all an act, as a means to self promote. So which is it?