Dana White has claimed Cris "Cyborg" is looking for easy fights, but Bellator champ Julia Budd says that's not going to be the case, if she signs with the promotion.

Dana White has argued that Cris “Cyborg” is no longer interested in facing top-tier competition, and this is why, according to the UFC President, the star is looking to sign elsewhere. Well, not surprisingly, Bellator’s featherweight champ Julia Budd had something to say about White’s comments. 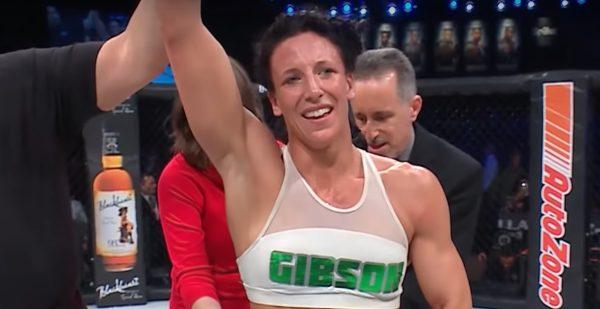 In recent months, White has claimed that “Cyborg” doesn’t want to fight Amanda Nunes again, despite the former champ’s insistence that’s not the case. According to White, “Cyborg” understands her best days are behind her, and so, she wants to fight for another promotion.

Well, more recently, White’s said he won’t be matching any offers that “Cyborg” receives. As a result, many believe the Brazilin star could be headed to Bellator. Recently MMA Fighting spoke with Bellator’s 145, female champ, Budd, and here’s what she had to say about White’s contention “Cyborg” is looking for easy fights.

“I think that Dana saying ‘easy fights’, he’s not even paying attention to the girls in Bellator,” Budd stated. “Cause we are the best 145ers in the world and we’ve got the strongest 145-pound division.

“I don’t think there’s easy fights for her in Bellator. I don’t really get that comment but whatever.”

And in terms of how Budd matches up against “Cyborg”? The Canadian fighter said this:

“I think I match up perfectly,” Budd said. “I think I have the recipe to beat her and that’s what I plan on doing if she ever comes to Bellator. I’m excited for that.”

Budd isn’t the only person who’s stated recently that there are some interesting match-ups for “Cyborg”, if she signs with Bellator. After all, White’s claims about “Cybory” not wanting to rematch Nunes aside, it’s not like the UFC has a bunch of top female 145’ers under contract. Case in point, there are no rankings for that division.

The 36-year-old Budd (13-2) is coming off a stoppage win over Olga Rubin in July and has won 11 straight. The only fighters to beat her to date are Ronda Rousey and Amanda Nunes. So, don’t be surprised if we see Budd – “Cyborg” in the future.