It is official! One of the WWE’s hottest couples – Becky Lynch and Seth Rollins [1] – are now officially engaged. The news was revealed on Becky’s Instagram account and was later shared by other media channels such as TMZ and WWE.com. 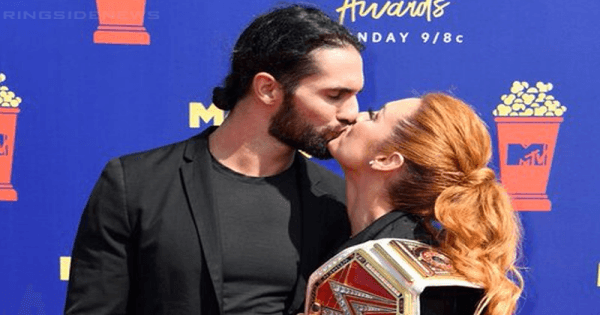 While the details about their relationship are relatively scarce, it is believed that Seth and Becky [4] started dating in February 2019. Before they officially announced their relationship in May, there was plenty of speculation about the pair dating beforehand. The main speculation came when Becky and Seth turned up together at the Hall of Fame Ceremony [5] in 2019.

Soon after revealing their relationship, WWE decided to incorporate it into a storyline. During Extreme Rules [6], they fought alongside one another to beat Lacey Evans and Baron Corbin.

Ringside Intel would like to congratulate Becky Lynch [7] and Seth Rollins on their engagement. We also wish them plenty of happiness in the future.