Following videos that have blazed across the internet of B.J. Penn allegedly in a street right, the star has reportedly told a rep he didn't start the incident.

As the fallout continues from videos that have surfaced, which allegedly shows B.J. Penn getting KO’d in a street fight, the former UFC champ’s reportedly told a friend he was assaulted. 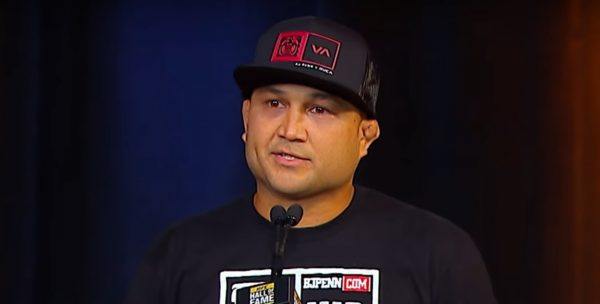 TMZ recently shared out videos which allegedly showed Penn in a street fight outside of a Hawaiian bar. One of the videos shows Penn getting dropped and reportedly knocked out. Since Penn has been in the news for other incidents and legal issues this past year, the videos prompted outcry from some. But, a friend of Penn, Gary Levitt, has told MMA Junkie the star says he was attacked in the incident.

“He said the guy punched him, and many, many people saw it, and (the guy) punched him again, and he went, ‘Stop, what are you doing?’” Levitt said.

“And he said (the man) must have punched him at least four times, and some people are saying it was more like seven or eight times. B.J. did not do anything, meaning (he) didn’t fight back. He was just backing up and saying, ‘Hey.’”

The unidentified man in the video reportedly told TMZ that Penn started the incident, so it will be interesting to see what happens here. Police did not make any arrest and no complain has reportedly been filed yet.

What’s next for Penn?

Penn is expected to fight rival Nik Lentz later this year. Dana White has said it will be the former champ’s last bout; however, it’s not clear if this latest incident could change those plans.

The legendary fighter has lost seven straight fights, and the 40-year-old Penn hasn’t won a bout since 2010.