In the video below, Mecha Random praised the idea of Larson joining the Star Wars universe as she mocked a recent Instagram post of Larson posing in Jedi robes that was covered by The Mary Sue. She specifically praised the idea because she’s “perfectly happy to monetize Brie Larson’s stupidity and The Mary Sue’s as well.”

Following the publication of the video Mecha Random reported she received death threats. She shared the death threats on Twitter from a user going by EloraFaun.

Not only did Mecha Random receive death threats from EloraFaun, but a user using the handle @CapMarvelFan stated they would throw stones at not only Mecha Random, but a number of other YouTubers including Jeremy from Geeks + Gamers, Ethan Van Sciver, and John Talks. 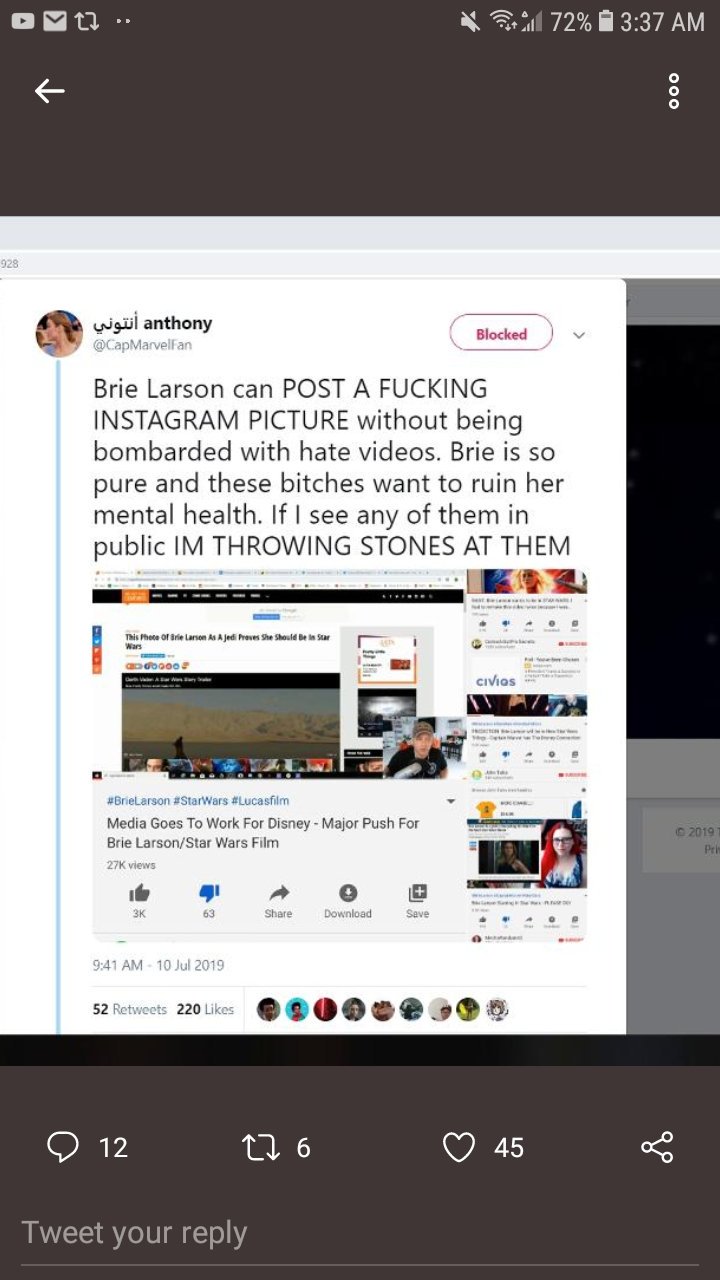 Other users agreed with CapMarvelFan. One user T_Stark87 called for violence writing, “Use acid on their eyeballs.. I’m not even kidding. That’s what I’d do.”

Not just beating em up. Use acid on their eyeballs… I’m not even kidding. That’s what I’d do.

Seriously i tired of these hate videos. Especially these 4 clowns.
They’re just living on using her fame for clicks and attention. We should do a mass report. 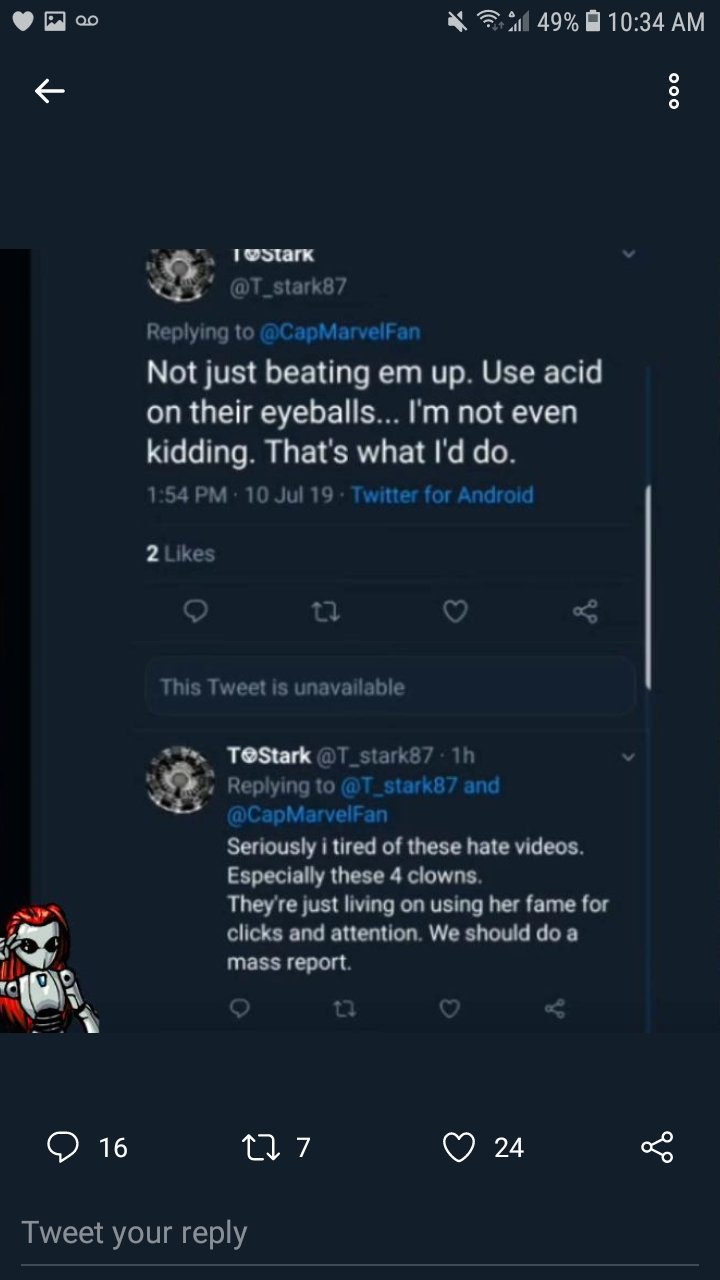 Mecha Random responded to the above tweet from CapMarvelFan by posting a nude picture of Brie Larson from one of her films. She has since deleted her responses involving pictures of Brie Larson, but explained her decision:

“I’m kinda a hot head, so I responded to the creep with some nude pic of Brie from a movie after they threatened to throw rocks at me and easily hours of being bombarded with what I call Brie Bots.”

She added, “I did delete any pics of Brie Larson really quickly because, ew, who wants those in their timeline.”

Following her response, the BrieLarsonHQ account called on their followers to brigade MechaRandom’s Twitter and mass report her to Twitter. Not only did they call for their followers to mass report MechaRandom, but also provided instructions on how to do so. In the now deleted tweet, they wrote, “If everyone reports her for the same reasons, then she will get suspended easily.” They then advised for people to “block her, just a precautionary measure so she doesn’t get u suspended.” 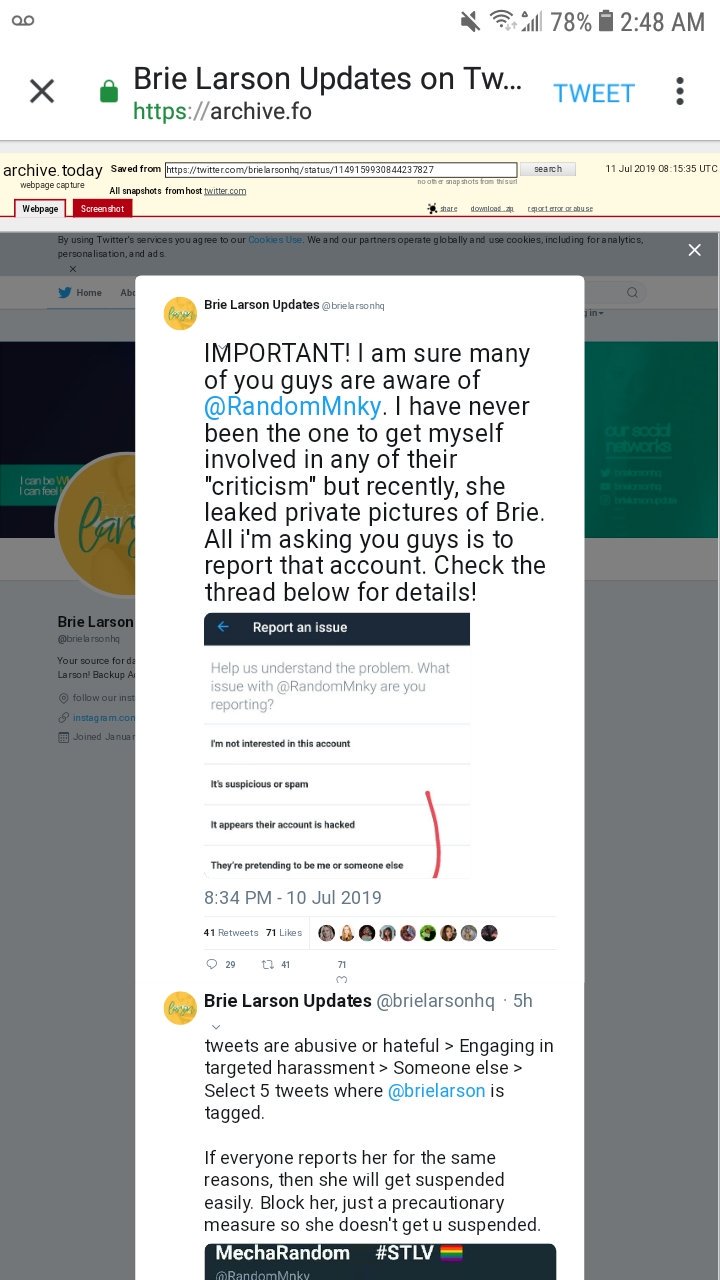 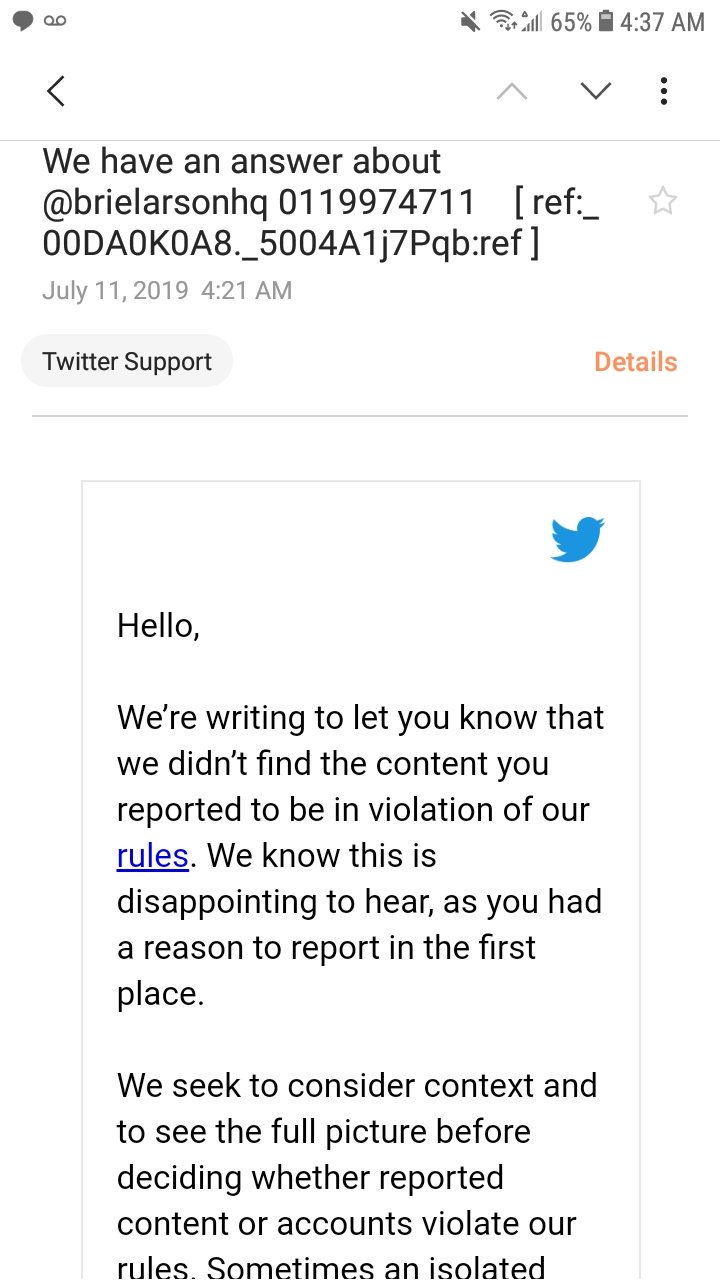 The EloraFaun account appears to have been deleted, but Twitter indicated their tweets did not violate their rules. 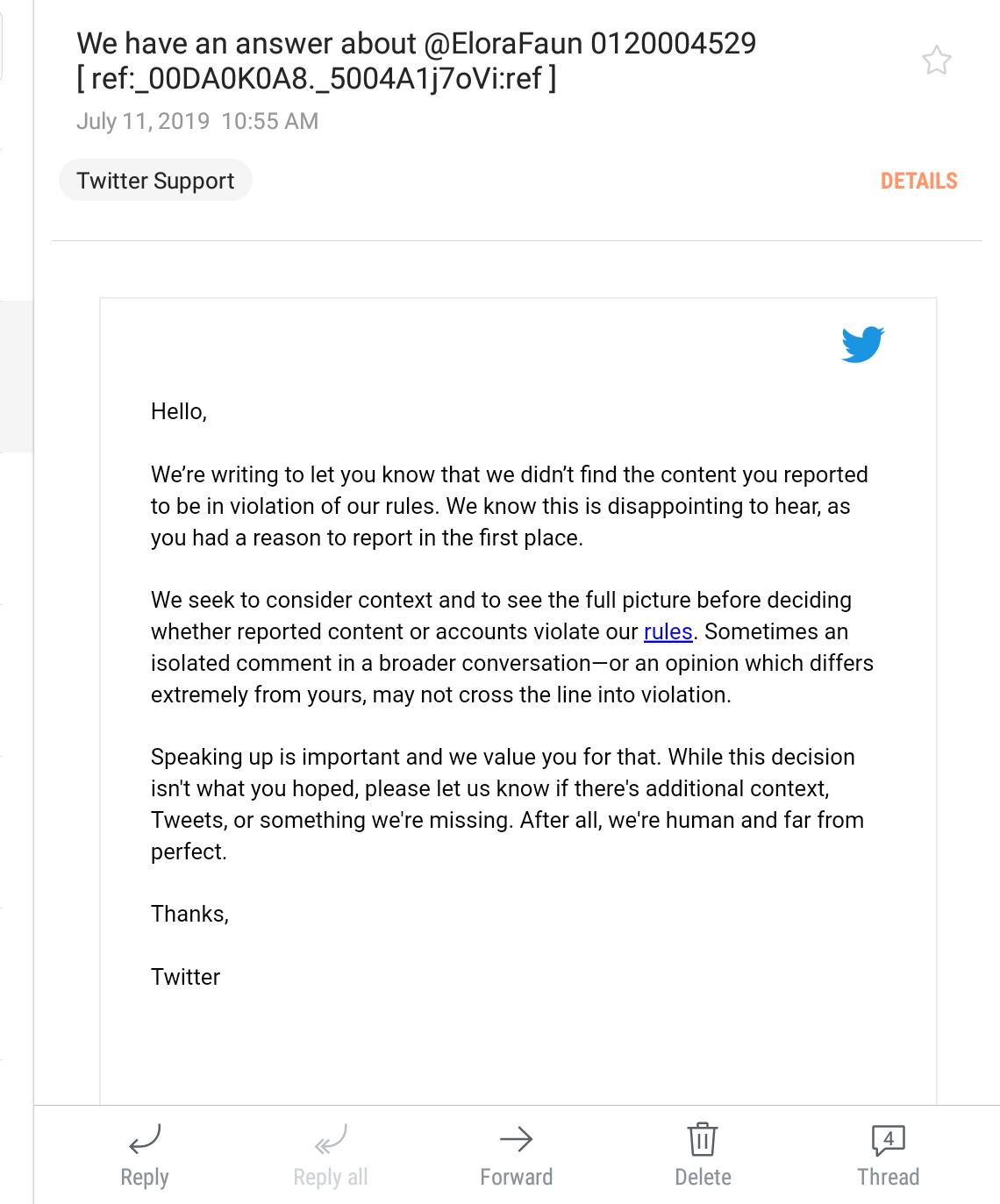 Mecha Random responded to the threats via her YouTube channel. In the video she warns Brie Larson about @CapMarvelFan, “This is kind of a warning to Brie Larson. You need to get somebody on this guy. You need to have your security know about this guy. He’s a very obsessed Captain Marvel fan. And he stalks us, threatening violence.”

She also states, “I’ve got this a**hole blocked. I block every time. He comes back. He keeps coming back under new accounts on Twitter. I keep blocking him, it’s the same guy because he’s got the same first name every time.” She adds, “He still stalks and harasses and threatens all of us in the Fandom Menance apparently. This is targeted harassment.”

Mecha Random did tell me she didn’t report the death threats to the police. She said, “I don’t want to contact police yet considering it’s all internet smack talk, but they’ve been flooding my dms, bombarding my notifications, flagging my videos now.”