While winning the Money in the Bank briefcase without being entered in the match was not enough, Brock Lesnar [1] has been running around with the briefcase for some time now. Despite that, we have barely seen him over the passing weeks and months. But, according to Paul Heyman, this could all change at Extreme Rules.

Brock Lesnar Will Cash In On Either Champion At Extreme Rules 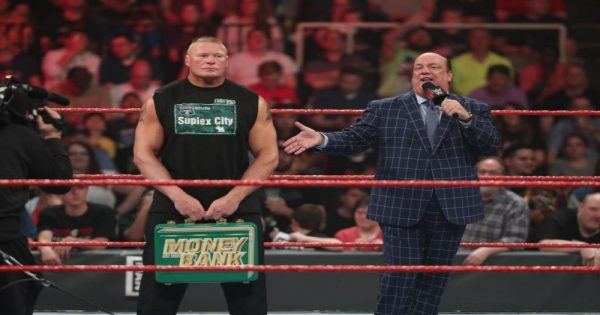 Paul Heyman teased fans this week, claiming Brock Lesnar [2] will cash in his briefcase on Seth Rollins or Kofi Kingston at Extreme Rules. Of course, this should be taken with a serious grain of salt, as Heyman admitted straight afterwards that only Brock knows when the cash in will happen.

While some believe the cash in is bound to happen at Extreme Rules [3], I believe some other factors are at play here.

What I Think Will Happen 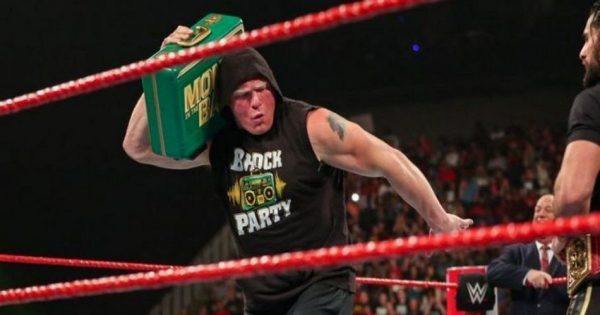 I think there are various factors at play here. I believe the WWE [4] will stretch this as far as possible, at least until SmackDown Live makes the transition to Fox in October. Brock will cash in shortly before that, and subsequently become a member of the SmackDown Live roster. The WWE wants to attract more attention to the blue brand to meet the viewership demands. They probably believe Brock Lesnar is the way to do it.

There is another problem with a possible cash in at Extreme Rules. Can you imagine Brock Lesnar cashing in on popular guys like Seth Rollins and Kofi Kingston? In short, this would not go down well at all! I believe the WWE is planning a championship switch just before October.

Since Brock Lesnar is not as popular with the majority of the WWE Universe because of his lack of appearances and underwhelming championship reigns, the WWE are probably looking to make an unpopular champion for Brock to cash in on. Their idea is probably Baron Corbin [5], but let me be honest, I wouldn’t want Lesnar to cash in on Corbin either. At least Corbin shows up for work every day, which is more than you can say for Lesnar.

If this plan is said to happen, it could explain why Baron Corbin is receiving a massive push these days. Nonetheless, it is not a storyline that I look forward to if it does happen…