ONE Championship may not be considered the world’s biggest MMA promotion just yet, but there’s no question the Asia based company continues to make waves in combat sports. 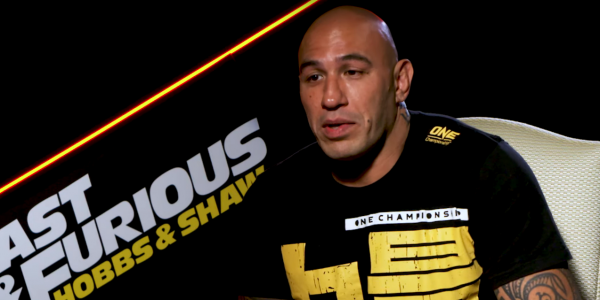 Case in point, recently ONE shared out the video below, which features heavyweight champ Brandon Vera [1] sitting down with mega-star, Dwayne “The Rock” Johnson. The two talked about Vera’s upcoming, October 13th bout with ONE’s middleweight and light-heavyweight champ, Aung La N Sang. Of course, they also plugged “Fast & Furious Presents: Hobbs & Shaw”, which Johnson is in.

Sure, the whole thing was set up by corporate etc. But, chances are you wouldn’t see “The Rock” talking with a middle-tier organization’s champ right?

The 41-year-old Vera is coming off a stoppage win over Mauro Cerilli in November and has won four in a row. The upcoming October 13th card will be ONE Championship’s 100th event, and it is going to be ridiculously stacked. [2]