The News on Thiago Santos’ Knee is Not Good…

It was clear during UFC 239 Thiago Santos had injured his left knee, and it's being reported that the damage is indeed, extensive.

As many feared would be the case, it’s being reported Thiago Santos seriously injured his knee during his memorable bout with Jon Jones at UFC 239. 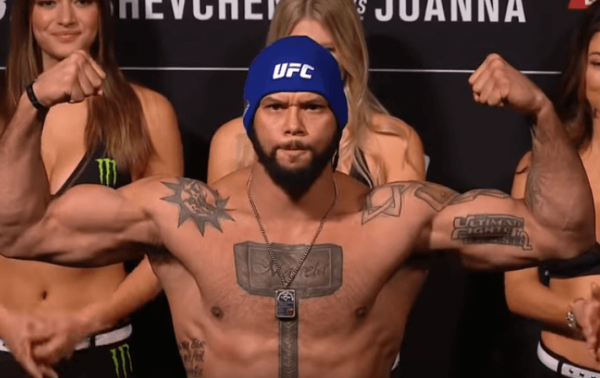 Early on into the headliner, it looked like Santos injured his left knee after throwing a kick. Although the knee buckled several times during the fight, Santos kept winging punches and kicks until the final horn.

Well, following the fight, which saw Santos lose to the light-heavyweight champ via split decision, Combate’s reporting “Marreta” completely tore the meniscus and all the ligaments in his left knee (via MMA Fighting). As a result, the feared striker will likely be sidelined until mid-2020.

In addition, it’s believed Santos re-injured his right knee, which he had surgery on a couple of months ago. The extent of the damage, however, is not known yet.

So, this is unfortunate news, but not too surprising. Hopefully Santos has a full and speedy recovery.

The 35-year-old Brazilian was tapped for a title shot after winning four straight bouts, which included finishes of contenders Jan Blachowicz and Jimi Manuwa.