It’s a huge night for RAW…sort of. Huge in the sense that it’s Paul Heyman [1]‘s first night as the new RAW executive director [2]. Now, we know that role means something, since WWE had to reveal the positions to the financial regulatory bodies…but we’ve also been told not to expect too much from the mastermind behind Extreme…at least, not yet. Still, it’s fair to ask: can Heyman make RAW great again? With less than two weeks to go before Extreme Rules, things are going to get interesting. Will we see more from The Undertaker [3] as things progress toward that big tag match? What about Becky Lynch, Seth Rollins, Baron Corbin and Lacey Evans [4]? There’s a lot to get to, and a lot we don’t even know to expect from Extreme Rules-yet. So let’s crack open this Nutshell and see what happens!

The main event. Sure, it had some flaws-I wasn’t a fan of the US Title seemingly change hands, just for the sake of a commercial break and a re-start-but the match, and more importantly, the aftermath, delivered.

The 2 out of 3 falls matches…especially when the first two falls happen insanely, unbelievably fast? They suck. Looking right at Miz and Elias for that one. 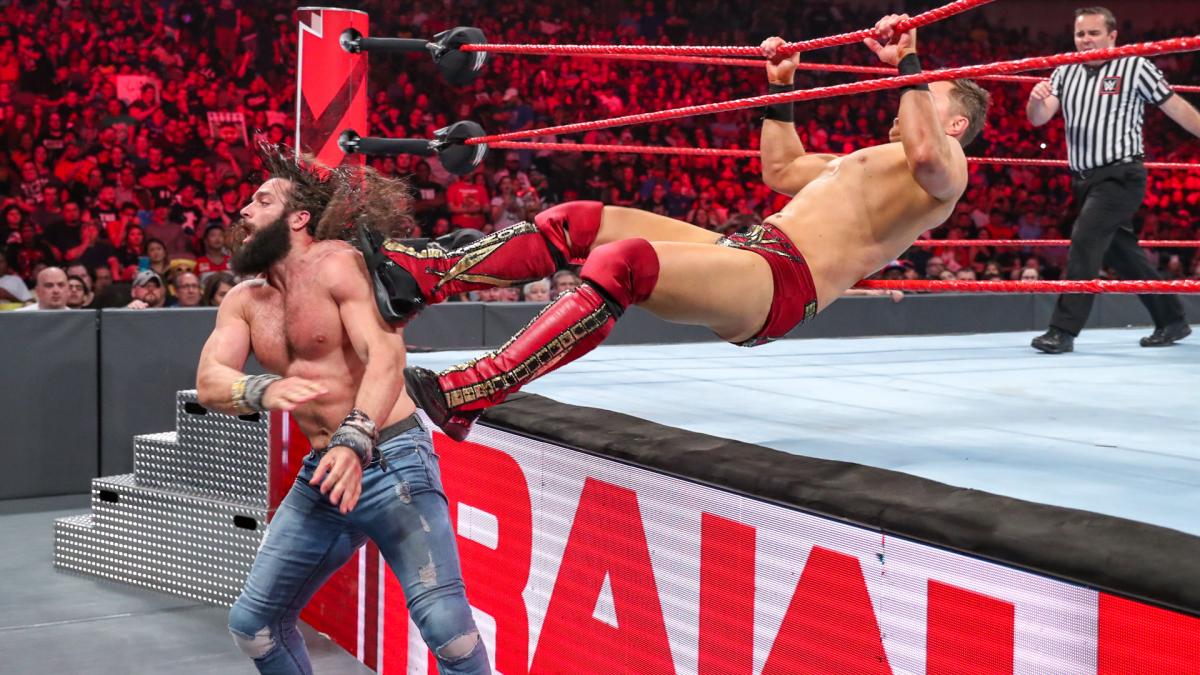 The matches where we start with say, a straight up two on two tag match, then we get some interference and it becomes a six man? When they happen every so often, it’s fine, it can work. When we start seeing it happen every week, all for the sake of getting TV stoppages for commercials? Just bad. 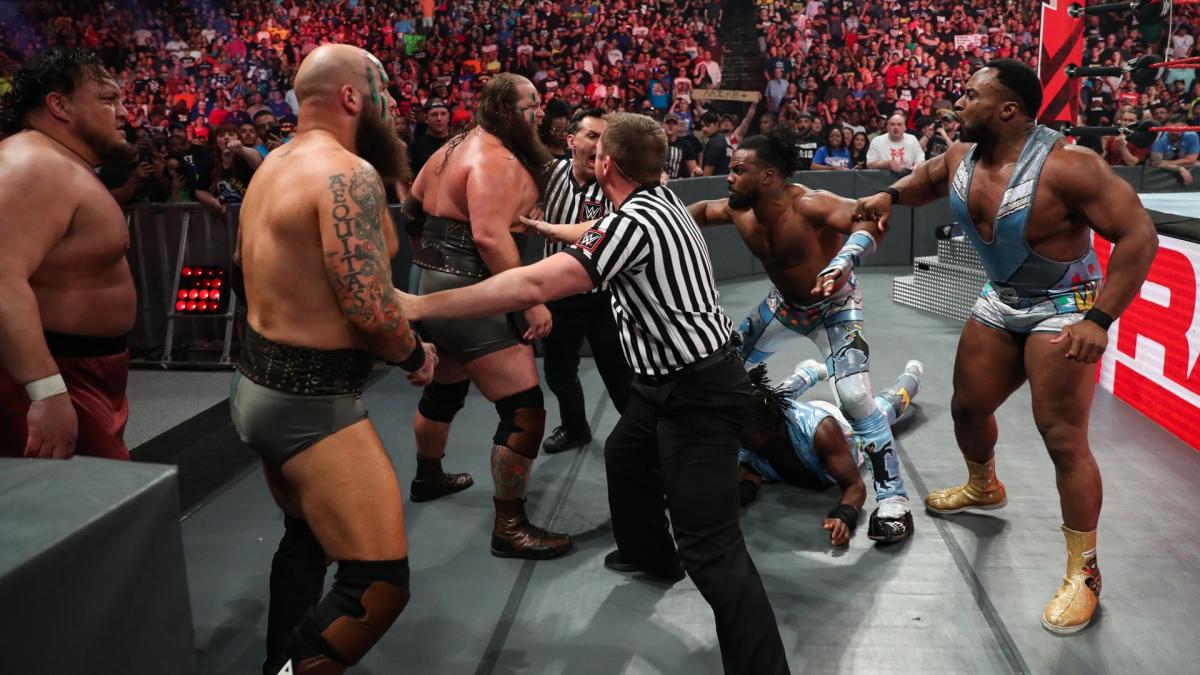 To have things now involve title changes, or disputed title changes? I think that’s going too far, to be honest.

Then…what was the point of having Carmella pin Alexa Bliss-the next one to challenge for Bayley’s championship at Extreme Rules-in like 15 seconds? You want the challengers to be strong and believable, right?

Can I get an amen for the Club getting back together? I think so. 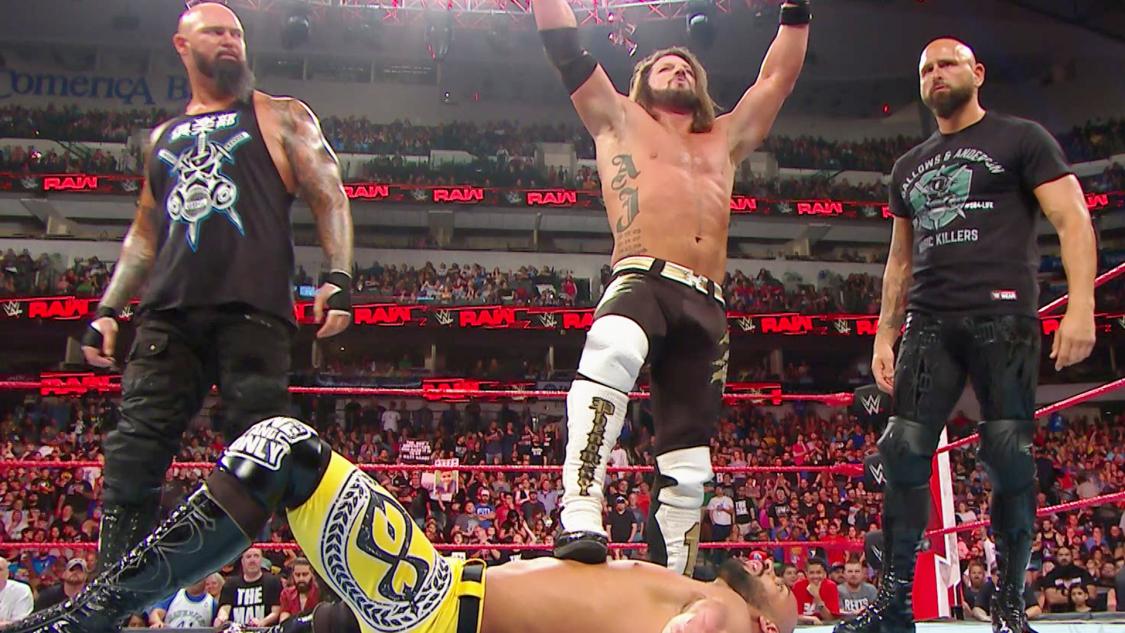 BTW…that’s how you do a heel turn. The crowd reaction was excellent.

Some will probably rip on it, and I can’t fault them for that…but from a pure spectacle, the shoulder tackle by Braun Strowman on Bobby Lashley, through the rigged piece of the set. Of course, then we had a barrage of pyro and other effects, and it’s hard not to call that the spot of the evening. 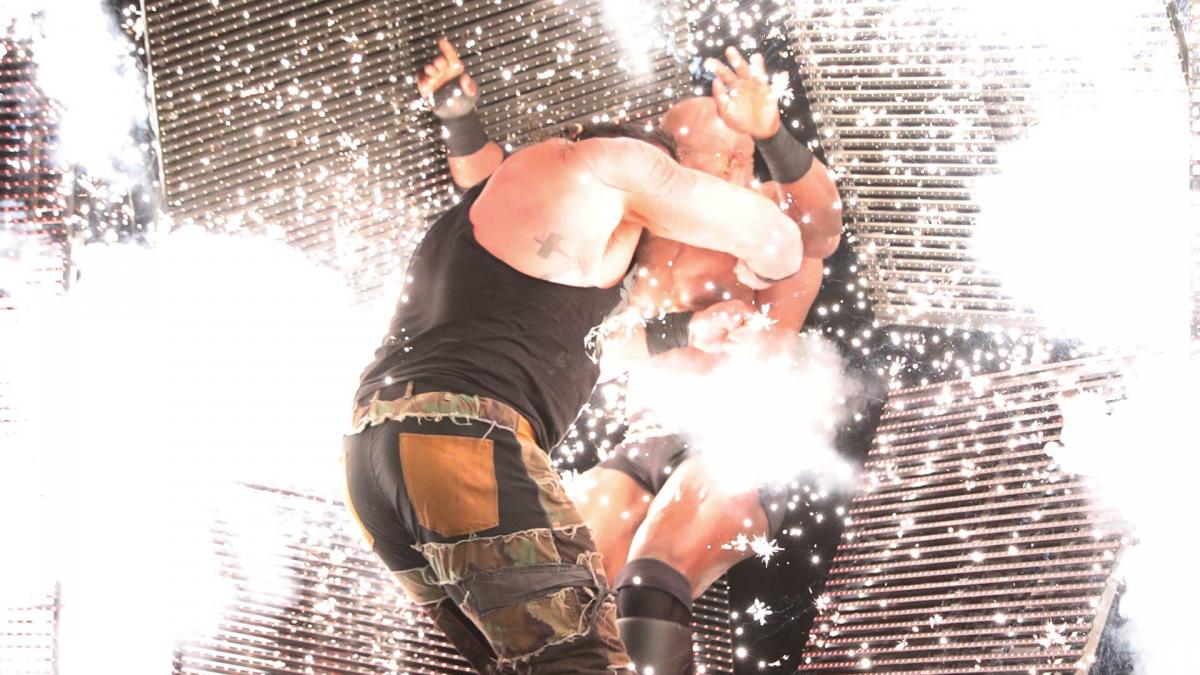 The Styles Clash with AJ seated on the top turnbuckle looked nice too.

Mike Kanellis. At first I was going to be like, wow, Mike and Maria are moving up in the world, getting a shot at a RAW match (against the big RAW Champions no less). Then they wrestled. 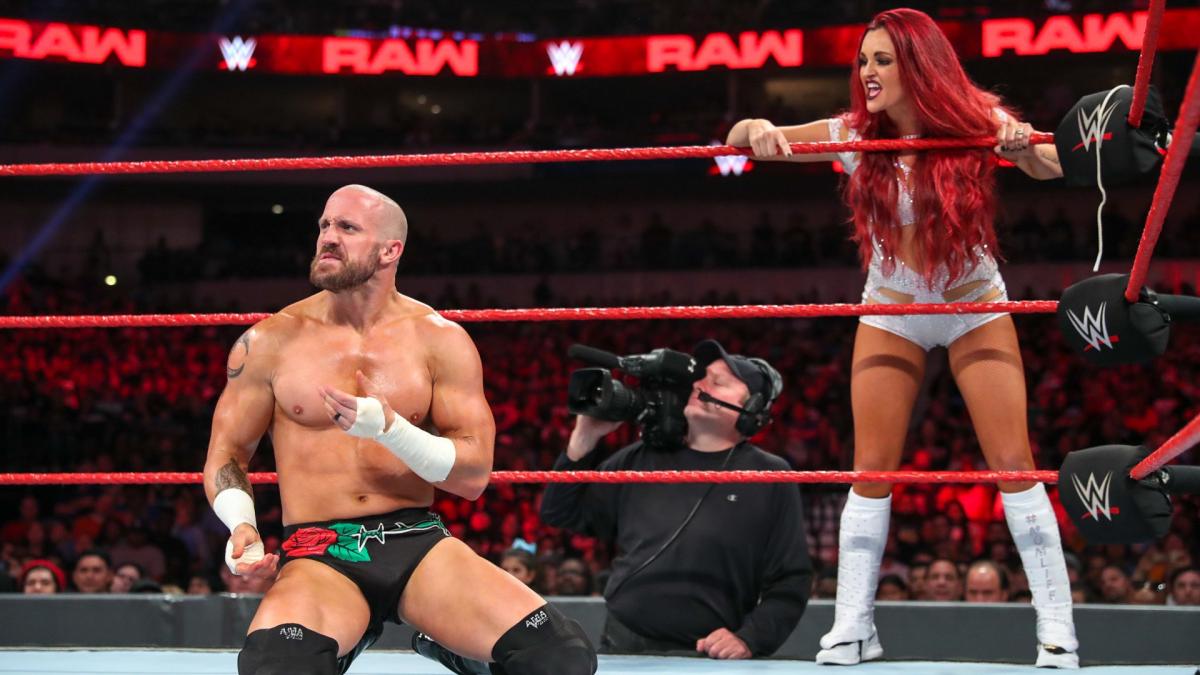 Well, Mike did. And got defeated by Becky. Maria begged out of the match, declaring she was pregnant, and then berating her hubby. Apparently that’s part of their schtick? I don’t tune in to 205 Live to know, but that was just an awkward segment.

It was a big deal, so it’s worth putting the spot here too. It garnered a holy [email protected]$ chant, as well as a line from  Graves that wasn’t quite censored. 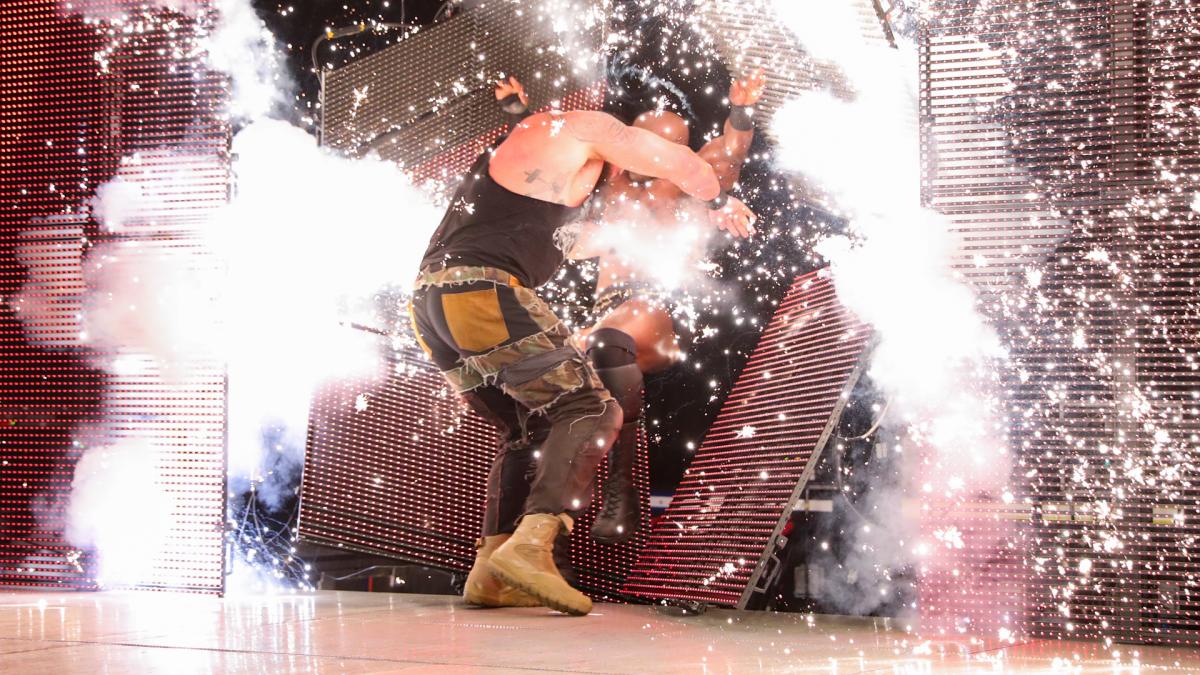 In an unexpected moment, the NXT Tag Team Champions-The Street Profits-showed up backstage (belts on them unlike War Raiders). They even managed to interrupt a Heyman segment (Heyman as advocate, not as director). It will be curious to see how this one gets explained…considering NXT just lost their active tag champions, so to have THEIR replacements on RAW now too? Weird.

We have a heel turn, a return to relevancy and a reunion, all in one shot. AJ Styles made a heel turn, Gallows and Anderson might have just become relevant again, and The Club has returned. I suppose WWE finally figured out if they cannot have The Elite, they already did have a bunch of Bullet Club on the roster..

Someone didn’t quite bleep Graves when he reacted to the Lashley and Strowman spot.

I won’t use any lines here, but there were some veiled shots between Graves and Renee Young. The best one was when Carmella interrupted A Moment Of Bliss, and Graves said “you don’t interrupt the goddess”, to which Young sniped back something to the effect of “I think you’ll make an exception”. This, of course, has to refer to the real life relationship between Graves and Carmella.

I can’t help but wonder if this is something being embraced by Heyman. Yes, WWE had the announcers take similar jabs before (like when Young’s hubby still worked for WWE)

Drake Maverick used his luggage to take out R-Truth, and thus claiming the 24/7 Championship once again. This time, it’s going on a Honeymoon. Honestly, if Truth (or anyone else) shows up on the Honeymoon…I think that would be going a wee bit too far. 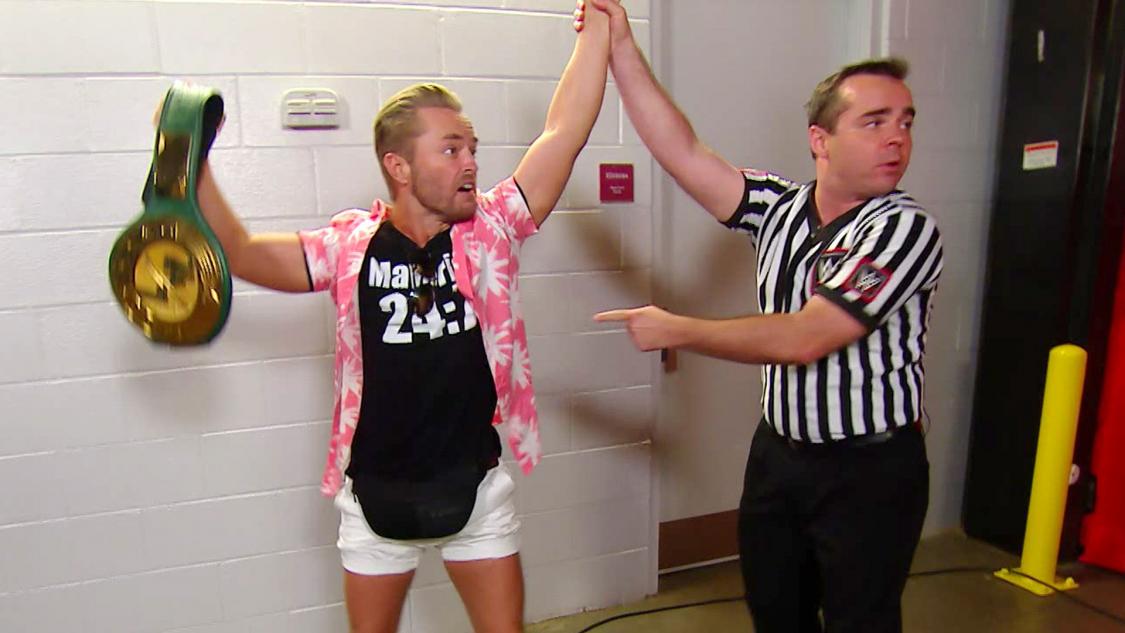 It’s so odd to hear Michael Cole announce “don’t forget, we will take a commercial break following the second fall”. Trying so hard to make WWE feel more like a legit sport (you know, one with natural stoppages as part of the game).

The flow of the matches is gone, or dying. I never thought I would say it, but go back to the old ways. Do picture in picture or something. Or, heck, do what baseball does-their announcers are constantly reading “brought to you by” spots during the game…though WWE has done that too.

Undertaker delivered a good promo. Crowd ate it up. 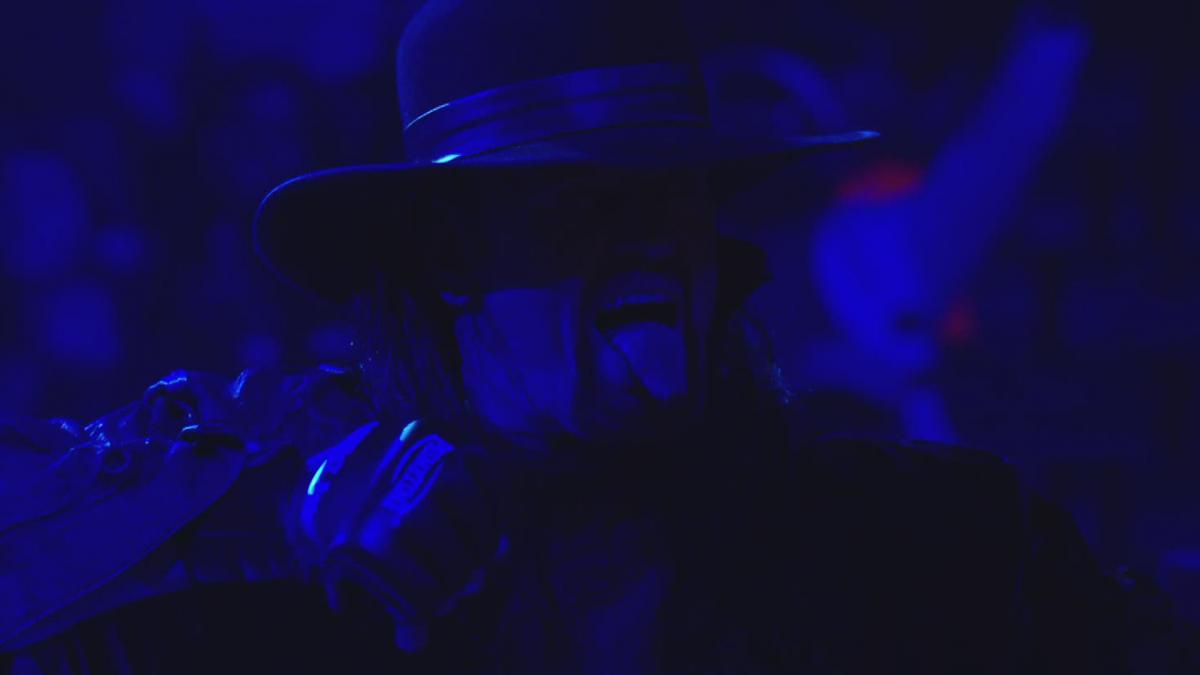 Good stuff from AJ and The Club, as well as Ricochet. Will be interesting to see where things go from here, as well as who-if anyone-Ricochet gets to be his backup.

It’s too soon to tell how much of the show had Heyman’s fingerprints all over it, but things felt improved in a few spots. All in all I was satisfied with the show. Now, if we can ditch all the contrived reasons to stop/re-start a match for the sake of commercials? We might be on to something there.