Vince McMahon is desperate to get the ratings for SmackDown Live up, as the deal with Fox demands a certain viewership. According to British newspaper The Sun [1], Vince is so desperate that he will be inviting Donald Trump to SmackDown Live in October. 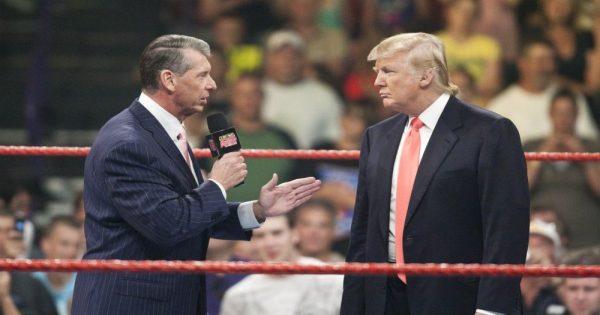 The idea in question might not come solely from Vince McMahon [2], as it is claimed Fox Network wants Trump to appear for the first episode of SmackDown Live on their network. Considering that the television giant paid a billion dollars for the TV rights of SmackDown Live – and the fact that the ratings do not meet their requirements – it is not difficult to see why.

A member of SmackDown’s creative team has confirmed the story and states that they are trying to write something for the POTUS.

“Fox have asked for Trump so I’m trying to write something short and easy for him that makes him look good.” 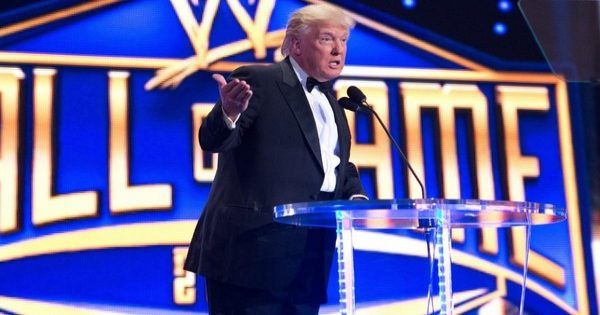 If Donald Trump does make an appearance on the first SmackDown episode on Fox in October, it would not be the first time. In fact, Donald Trump appeared in a now famous segment that involved shaving Vince McMahon’s hair in 2007; this as a result of a hair versus hair match.

Interestingly, the iconic segment involving Donald Trump also involved Bobby Lashley [3], who fought on behalf of Trump during the hair versus hair match. Lashley and Stone Cold Steve Austin assisted Trump when it was time to shave Vince’s hair. Lashley is now on the WWE roster again, so they might involve him in the storyline to come.

There are even more ties between Donald Trump [4] and the McMahon family. In 1988 and 1987, WrestleMania was hosted at Trump Plaza in New Jersey. The current POTUS also has his own spot in the WWE Hall Of Fame, since he was inducted in 2013. Over the years, he has made several guest appearances as well. Therefore, having the current president of the United States on the wrestling show is not as impossible as it may seem.

Vince McMahon [5] is not the only one with ties to Trump though, because his wife Linda McMahon is actually a part of the current Trump administration. She is an administrator for the Small Business Administration, so it would not be difficult to get Trump to agree to another appearance.

Will You Be Watching? 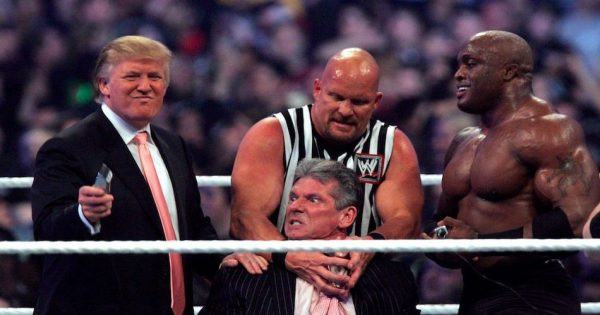 Whether you love or hate the current president of the United States, you cannot deny that an appearance of the POTUS would draw a lot of attention to the SmackDown Live brand. The president is under constant scrutiny; this inside the United States as well as internationally. So, people will be tuning in to comment on the president’s appearance. It is certainly a smart strategic move of Fox Network and the WWE. Still, nothing has been confirmed yet, so let’s see what happens in the weeks to come.