UFC 238: Tony Ferguson is an Even “Sharper, Stronger” “El Cucuy” Now According to Eddie Bravo

Fans will see Tony Ferguson at the peak of his powers on Saturday night, according to his jiu-jitsu coach, Eddie Bravo.

Tony Ferguson has been through a lot the last few years. But according to his coach, jiu-jitsu titan Eddie Bravo, “El Cucuy” is returning to the cage better than ever. 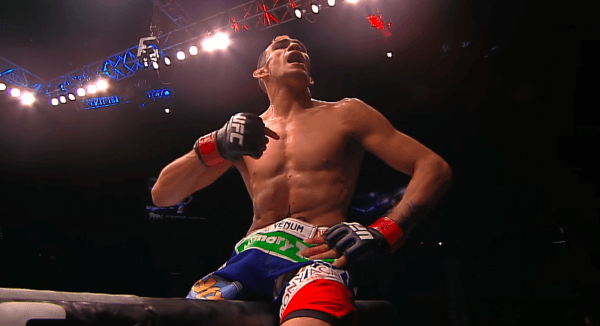 Ferguson is going to throw hands with Donald Cerrone on Saturday, in a highly anticipated fight for UFC 238. The bout will be just Ferguson’s second since 2017, as the former interim lightweight champ has been sidelined for months at a time. Last April, Ferguson went down with a freak knee injury that punted a planned bout with Khabib Nurmagomedov. Ferguson returned to the cage last October and beat Anthony Pettis, but the fighter’s next outing was postponed due to personal issues he was having.

So, will the MMA world see Ferguson at his best on Saturday night? Bravo recently appeared on Joe Rogan’s podcast, and while discussing the renowned fighter, he said this (quotes via MMA Junkie):

“He’s sharper, stronger, in the best shape of his life,” Bravo said. “It’s the same Tony. You think, like, is it going to be the same Tony after he had some family stuff go on? Is that going to change him? His opponents hope it changes him, but he’s the same Tony when it comes to fighting.

“We don’t get into personal stuff, we just stick to fighting and the strategy. He’s sharper than ever. You can’t guarantee any wins, but I will guarantee he’s going to go in 100 percent Tony.”

“What makes Tony so good in my opinion just based on working with him, it seems at the highest level, high-pressure fight, people are more cautious,” Bravo said. “They don’t want to do anything stupid, they’re not just (expletive) letting it swing and letting it go. Tony isn’t like that…”

It’s going to be fascinating to see how Ferguson performs, especially since he’s taking on one of the most experienced and dangerous lightweights in the game. Can Cerrone become the first man in 11 fights, and 7 years, to beat Ferguson? We shall see.

If you’re wondering, Ferguson is a slight favorite on the betting lines for the Cerrone bout, with odds in the -137 to -160 range.

Jorge Masvidal Posts Pic of Him in Rome, Eating a Pizza…