RIZIN 16 went down today in Kobe, Japan, and the event saw Tenshin Nasukawa add yet another, highlight reel finish to his resume. 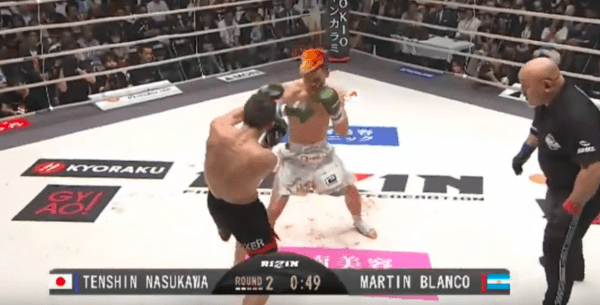 The 20-year-old striking phenom took on Martin Blanco at the event, and as you can see by watching the clips below, he finished the fight with a vicious knee to the body.

With the win, Nasukawa’s kickboxing record now sits at 32-0. He also added the ISKA featherweight title to his record.

Here are the rest of the results for RIZIN 16 (via MMA Fighting).