Hogan and Zeus to Reunite for “No Holds Barred” Sequel

Rumors abound about a trilogy...

On the 30th anniversary of blockbuster No Holds Barred — Hulk Hogan’s first foray as a Hollywood leading man — it was announced today that Hogan and co-star Tom “Zeus” Lister have signed on to make a sequel, and possibly extend the series into a trilogy.

Fans of both sports-entertainment and cinema have speculated for decades as to whether Hogan would ever reprise the role of Rip Thomas, a professional wrestler working for an evil executive — a role that required every ounce of Hogan’s theatrical range.

According to an article in the The Hollywood Reporter, the sequel (tentatively titled No Holds Barred 2: Whatcha Gonna Zeus?) will be directed by Christopher Nolan (The Dark Knight, Dunkirk, Knucklehead), and feature supporting roles played by Meryl Streep (Mrs. Zeus), Tom Cruise (Brell Jr.), and Dwayne Johnson (Screaming Fan #7). 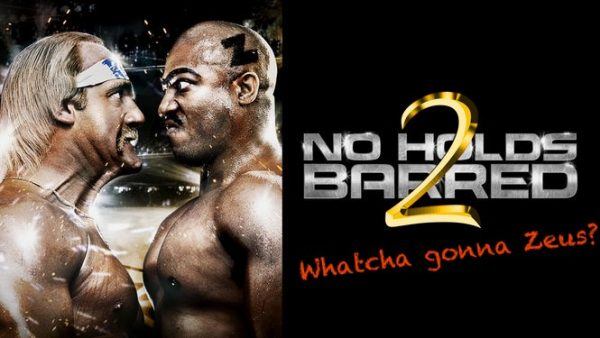 Rumors abound about a trilogy, with a prequel that conveys Rip’s back-story as a Californian bassist who develops enormous muscles purely through the diligent use of prayer and vitamins.

Upon its release in 1989, No Holds Barred shattered box office records and earned unanimous critical acclaim, winning seven Academy Awards (including Best Picture), and was named “the cultural touchstone of a generation” by Time Magazine.

The sequel will reportedly pick up where the 1989 original left off — Zeus (Lister) seeks revenge on Rip (Hogan) by kidnapping Rip’s little sister and selling her into sexual slavery on a mysterious island in the South Pacific. Rip must infiltrate the island’s heavily guarded fortress and survive a gauntlet of challenges to free his sister before battling Zeus inside a blue steel cage.

The film will be produced by WWE Studios, which has just finished post-production of its newest release: Muscular Ex-Con With a Heart of Gold Battles Ambiguously Ethnic Bad Guys, starring John Cena.

Sources say that Hogan, having recently mended fences with WWE, is eager to pursue other sequels to past blockbusters, and is currently reviewing scripts for Suburban Commando: Second Strike, and Mr. Nanny Returns.