As an “alternative to WWE,” AEW to have matches only during commercial breaks

Upstart promotion All Elite Wrestling (AEW) has built its reputation among die-hard wrestling fans as an alternative to World Wrestling Entertainment (WWE), so when WWE revealed this week that televised matches will no longer unfold during commercial breaks, AEW promised fans to do the exact opposite.

“When AEW begins airing live on TNT this fall, our matches will unfold entirely during commercial breaks,” said AEW honcho Cody Rhodes during a press conference for the company’s upcoming event, Double-In-And-Out. 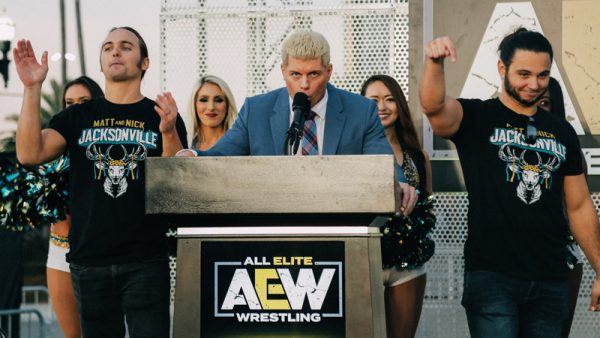 Whereas AEW live events are known for intricate, hard-hitting matches, viewers of company’s upcoming television show will see no actual matches, as those will unfold for the live arena audience only during two-minute advertising breaks.

This is just one of numerous ways AEW intends to offer an “alternative” to WWE, including:

According to a source within AEW, who asked to be identified only as Kenny O., the forthcoming AEW television program will be called Tuesday Night Cooked.