Striking Marvel Tenshin Nasukawa to Fight For Title at RIZIN 16

As it turns out, rising star Tenshin Nasukawa will be fighting for championship gold at RIZIN 16.

It was already known that striking marvel, Tenshin Nasukawa was going to compete at RIZIN 16. But, as it turns out, the 20-year-old, rising star will be fighting for a championship at the June 2nd card. 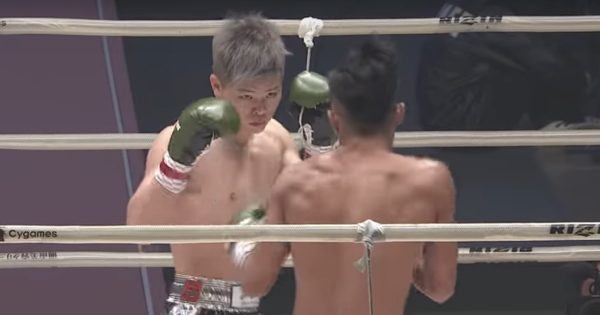 According to a report from MMA Fighting, the Japanese organization has confirmed Nasukawa will battle ISKA featherweight champion Ahmed Ferradji at the event, for that belt.

The report also includes these quotes from a RIZIN press release:

“I would like to define my fight style for this fight so please look for the differences in the fight,” Nasukawa said. “I will dominate the fight and will deliver the most entertaining fight on the entire card.”

“I am honored to defend my belt in Japan against Tenshin Nasukawa,” Ferradji stated. “I can’t wait to perform in such a great stage as Rizin.”

Nasukawa, who has gone 29-0 in pro-kickboxing bouts to date, is coming off a stoppage win over Fritz Biagtan in April at RIZIN 15.

RIZIN 16 will go down in Kobe, Japan. You can check out a recent promo the organization shared out for the event here.