Khabib Nurmagomedov's teammates have had their suspensions reduced, possibly clearing the way for the lightweight champ to fight at UFC 242.

If the UFC does hope to have Khabib Nurmagomedov fight Dustin Poirier at UFC 242, September 7th, it looks like one barrier to that happening will be lifted. 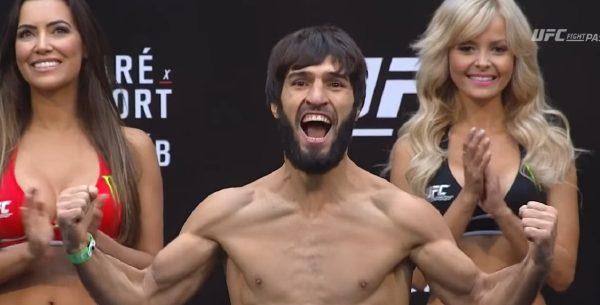 After Khabib’s teammates, Abubakar Nurmagomedov and Zubaira Tukhugov were suspended for a year, due to their involvement in the post-fight brawl at UFC 229, the lightweight champ said he wouldn’t fight until the suspensions were up. That event took place on October 6th, 2018.

Well, MMA Junkie is reporting the Nevada Commission has agreed to reduce the suspensions of Tukhugov and Nurmagomedov by 35 days. The Commission reportedly agreed to their fighter’s contention they should have been given the opportunity to reduce their suspension, via community service, as many fighters are offered this condition (Tukhugov and Nurmagomedov must now complete 10 hours of community service).

So, this means that if Khabib was still intending to wait out until October 6th, he no longer needs to. Recently it’s been speculated that the UFC hopes to have Nurmagomedov fight the interim lightweight champ Poirier at the September 7th, Abu Dhabi card.