How Sasha Can Make A Bank Statement

Sasha Banks might be absent, but with Money In The Bank this Sunday, there is a perfect opportunity for her to return in a major way.

Much has been said about the status of WWE Superstar Sasha Banks. We have not seen her since she and Bayley dropped the Women’s Tag Team Championships at WrestleMania. There have been reports that she asked for her release, or otherwise threatened to quit. Naturally, WWE has resisted and told her to take time off. Depending on where you look, she may or may not be back soon. She may, or may not, be back with a significant push too. Want to know how Sasha can make a Bank statement?

Here’s how: This weekend, and in perhaps the most perfect way possible.

We know Money In The Bank is this Sunday. We’ve been told that Banks’ slot in the women’s ladder match went to Dana Brooke. So, have Banks take out Brooke, right? 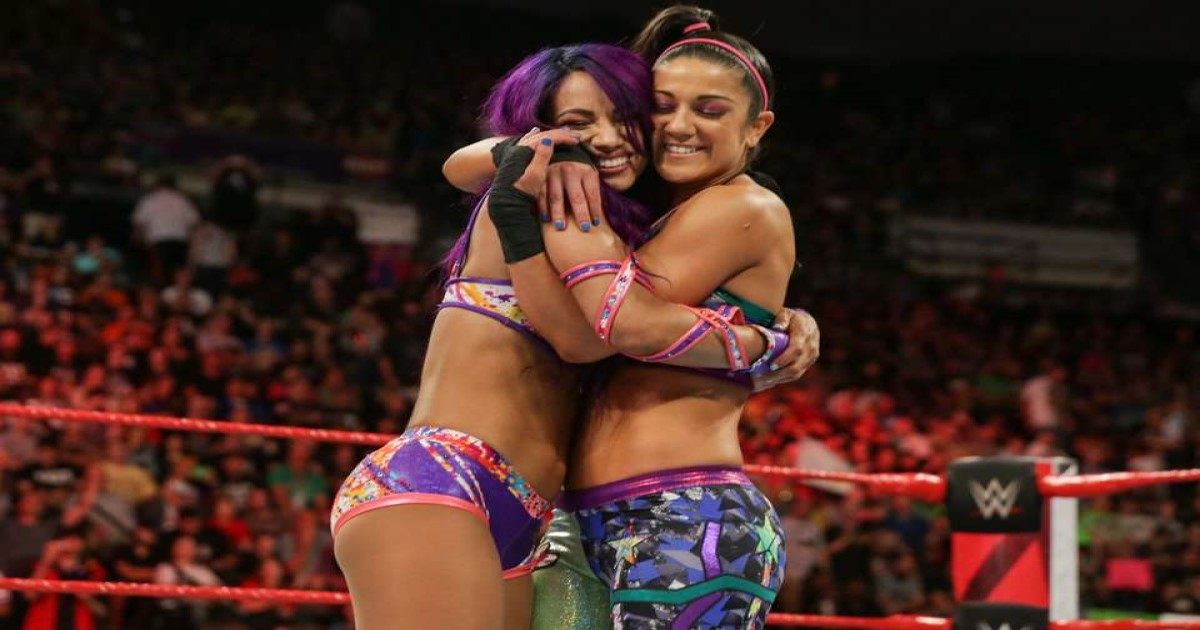 Sasha Banks will attack Bayley as the Hugger makes her way to the ring. Sasha will take Bayley’s spot in the match and claim the briefcase. And with the move, we have the Banks-Bayley feud to run until WrestleMania next year. Perhaps this time, it will be a feud that challenges for Feud of the Year.

Perhaps now, they will be.

Banks can viciously and savagely attack Bayley. Shock fans. Put the women in the ladder match on notice. She overcomes the rest of the challengers and claims the briefcase. WWE can write off Bayley for a week or two (you have to sell the beating). You let Sasha Banks come on and cut a promo, saying she is angry with her former friend, because while Banks was upset and stayed away…Bayley kept working like everything was OK.

Bayley can return and seek revenge. Perhaps we get another women’s cage match out of it. I would imagine you can have them battle over the briefcase in a match or two as well. Eventually, Banks will cash in and win-perhaps during a match featuring Bayley. Maybe in a match where Bayley had just won a title.

And all of this sets up a second intense feud that can and should culminate with a women’s match at next years WrestleMania. This would be a great move. We’ve already heard that there are plans for Becky Lynch and possibly Ronda Rousey again, but there is no reason we can’t have a slow build to another big women’s match for 2020.

And it can all start Sunday at Money In The Bank.