WWE Hall of Famer and US “President” Donald Trump tweeted today that the United States will “NEVER FORGET” the heinous acts of Muhammad Hassan, and vowed to “finally bring this evildoer to justise (sic).”

Hassan, who waged a war of terror in WWE from 2005 to 2005, will “pay dearly,” Trump said, for his attacks against “true patriotic American heroes like Chris Jericho and Edge.” 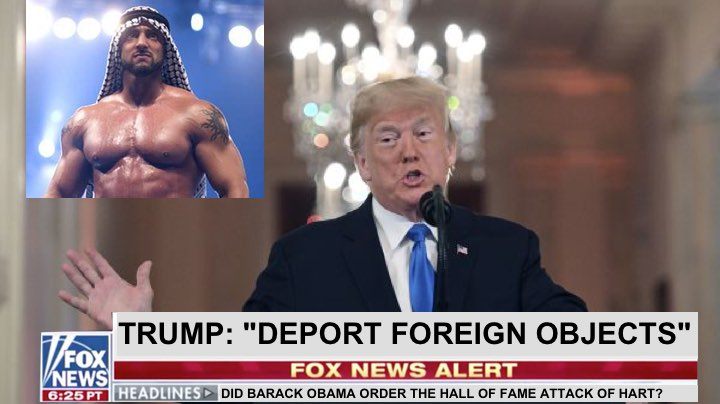 In what appears to be one of his increasingly frequent lapses from lucidity, the President apparently believes Hassan — a fictional character portrayed by Italian-American schoolteacher Marc Copani — was actually a radicalized threat to American security.

In another string of tweets beginning at 3:48am, Trump lashed out at other “treasondoers” including Daivari, Sgt. Slaughter, Jinder Mahal and — most inexplicably of all — Viktor of The Ascension.