Need a refresher on how ridiculously dangerous Shinya Aoki is on the ground?

Shinya Aoki will look to extend his second reign as ONE’s lightweight champ on May 17th, and in advance of that fight, the promotion’s shared out a reminder of the “Tobikan Judan’s” feared ground game. 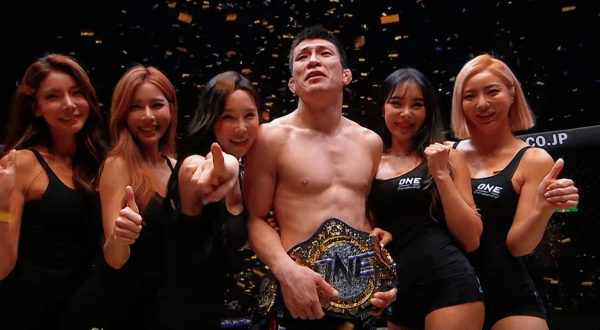 Aoki  (43-8) will battle Christian Lee (11-3) on that date at “Enter the Dragon”, which will take place at the Singapore Indoor Stadium in Singapore. As the bout approaches, Aoki has won four straight fights and all four of those wins have been finishes.

You can watch Aoki go to work on the ground below.

Lee, meanwhile, has won two straight and is coming off a stoppage win over Edward Kelly in January.