The previous two years have not been kind to Money in the Bank [1] winners. In fact, Money in the Bank has meant very little, with one of the most notable winners being Baron Corbin. As the match has meant little to the winner itself, the WWE now has its mind set to change the rewards of winning the match drastically. According to WrestleVotes [2], the WWE will push the next Money in the Bank winner to superstardom. 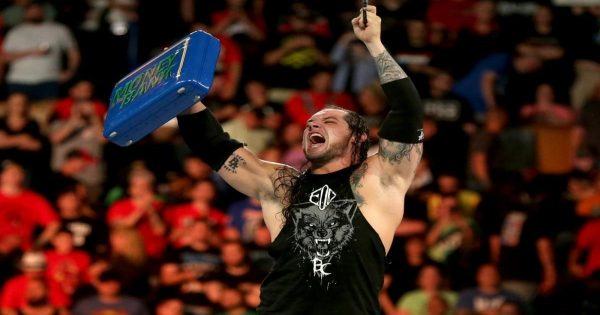 Over the past two years, the winners of the Money in the Bank match have been less than successful. While you could argue Corbin and Braun Strowman are doing fine, they certainly did not reach the heights of previous Money in the Bank winners such as Edge. It actually seems to have had the opposite effect, with Corbin being one of the most hated superstars and Strowman not getting any serious title matches of late.

Out of all the underwhelming wins at Money in the Bank, Corbin was undoubtedly the worst. He attempted to cash in his briefcase against Jinder Mahal [3], who is more of a jobber in the WWE. He failed to cash in, and subsequently was buried on WWE television. It is rumored Corbin had attracted some backstage heat [4], upon which the company decided to bury Corbin instead of rewarding him with a title.

Since winning the briefcase, Corbin has failed to pull interest to the Raw brand [5]. In fact, recent figures have shown that viewership for Raw has gone down dramatically. It is mostly attributed to the time where Corbin was the Raw general manager, yet I fail to see how the drop in viewers is solely Corbin’s fault. After all, the WWE makes the decisions where storylines are concerned. Corbin is a scapegoat at this point, with the company still refusing to push through the changes it desperately needs.

Of course, when mentioning Money in the Bank fails, we also have to mention Strowman [6]. Despite the fact he is one of the biggest draws in the WWE, the company has not been pushing him whatsoever. Instead, he keeps on being short of winning a singles title… 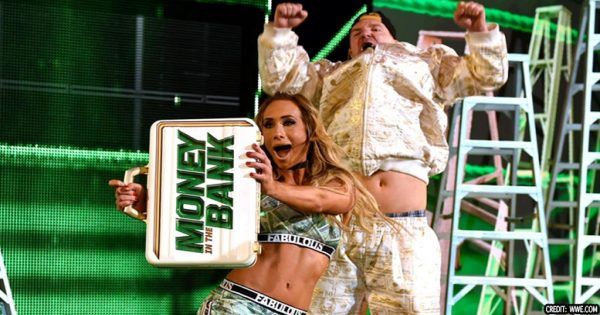 The men’s Money in the Bank is not the only one who had little consequence. Even though it has not been around for that long, the women’s Money in the Bank match has done little for the career of the winner either. One of the most notable winners in that regard is Carmella [7], who won the briefcase twice. While she did establish herself as a good heel, the original win was far from ideal. She obtained the briefcase with the help of a male wrestler (James Ellsworth [8]).

Take a look at the MITB Ladder Match from June 2017 below: