Here’s a report on each match from Fastlane 2019 with a grade attached. Don’t agree with a grade, then feel free to score the show.

Several titles were on the line at Sunday’s Fastlane pay per view and the event was okay as the road to WrestleMania 35 draws closer. Here’s a report on each match from Fastlane with a grade attached. Don’t agree with a grade, then feel free to score the show. If you missed the pay per view, be sure to check our Fastlane results. 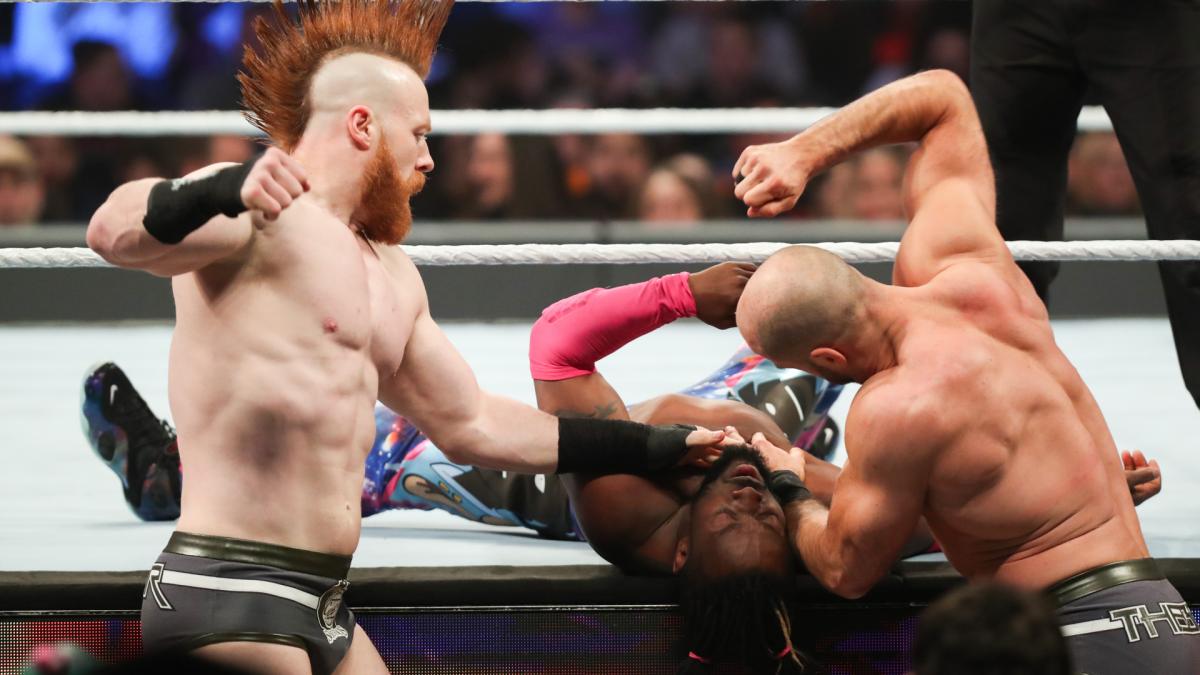 This match was likely put together to help build towards Kofi Kingston getting a WWE Championship shot at WrestleMania 35. The plus is The Bar did not have to do the job, but I wish Kofi came a bit closer to scoring the victory. The handicap match almost felt like a squash and the outside inference by New Day along with Shinsuke Nakamura & Rusev felt like some unnecessary extra. Grade: C- 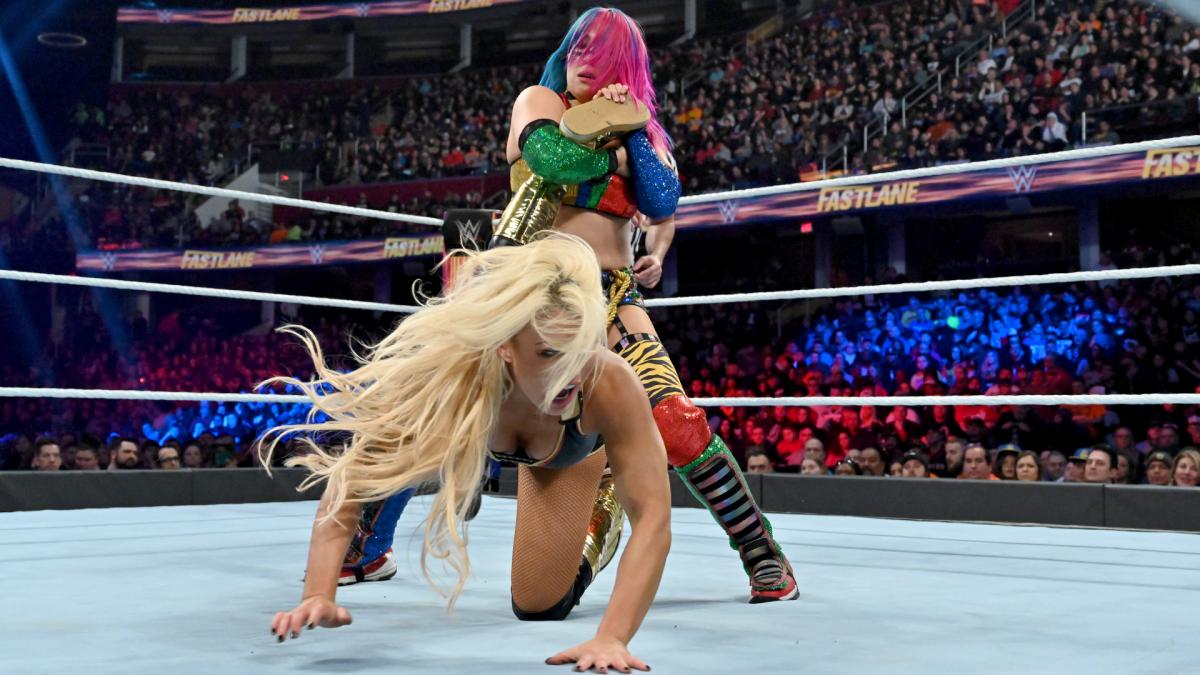 Talk about a strange match. Heading in, Asuka’s background was much more impressive than Mandy Rose. You would think Sonya Deville’s involvement would help balance the odds, but it was the opposite. The ending sequence was questionable as there was no reason for Deville to grab a kendo stick from under the ring and Rose slipping on the ring apron was something out of a lame story. I guess WWE is preparing to give Rose a major push that doesn’t involve Deville. Grade: C- 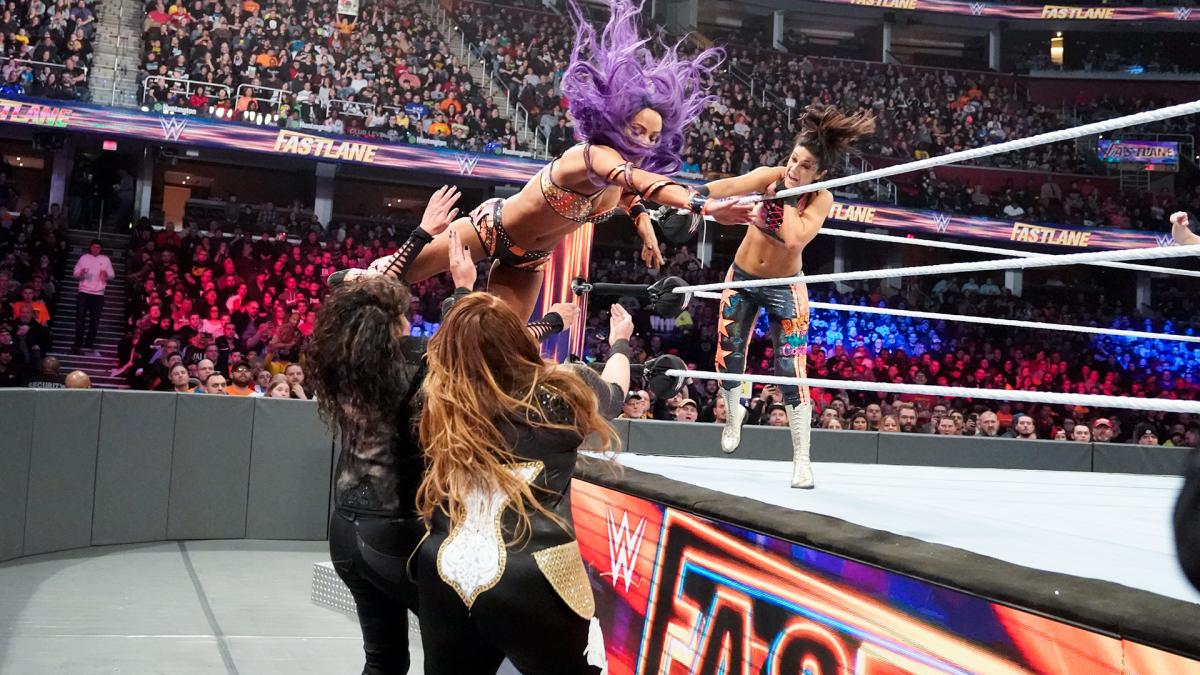 Since wining the tag titles, Sasha Banks and Bayley have been appearing on various brands but were yet to defended the gold. That changed as they faced the massive combination of Nia Jax & Tamina. The match was a little sloppy, but still entertaining. Beth Phoenix and Natalya getting involved after the match came out of nowhere and it was awesome. Grade: B 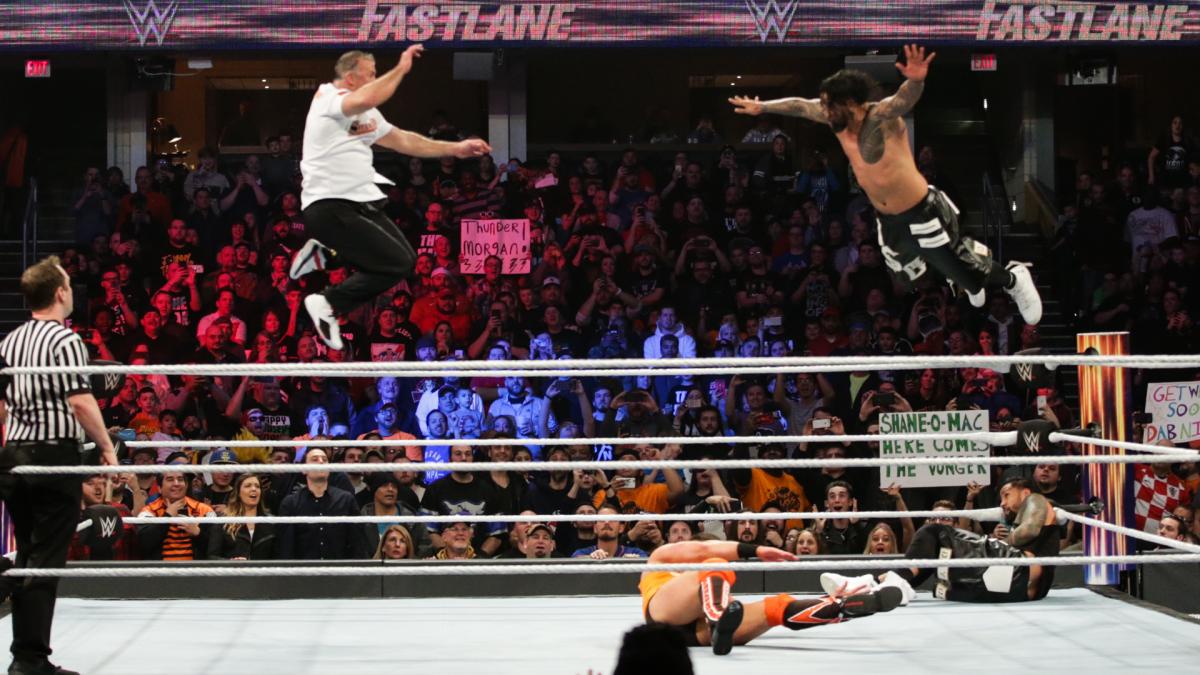 Before the bell rang, everything screamed a heel turn by Shane McMahon and that is exactly what happened. The match was better than the first time and the coast to coast colliding with a flying Uso brother was something different. The biggest story was Shane turning on The Miz and then putting his hands on Daddy Miz. The heel turn is long overdue. Grade: B 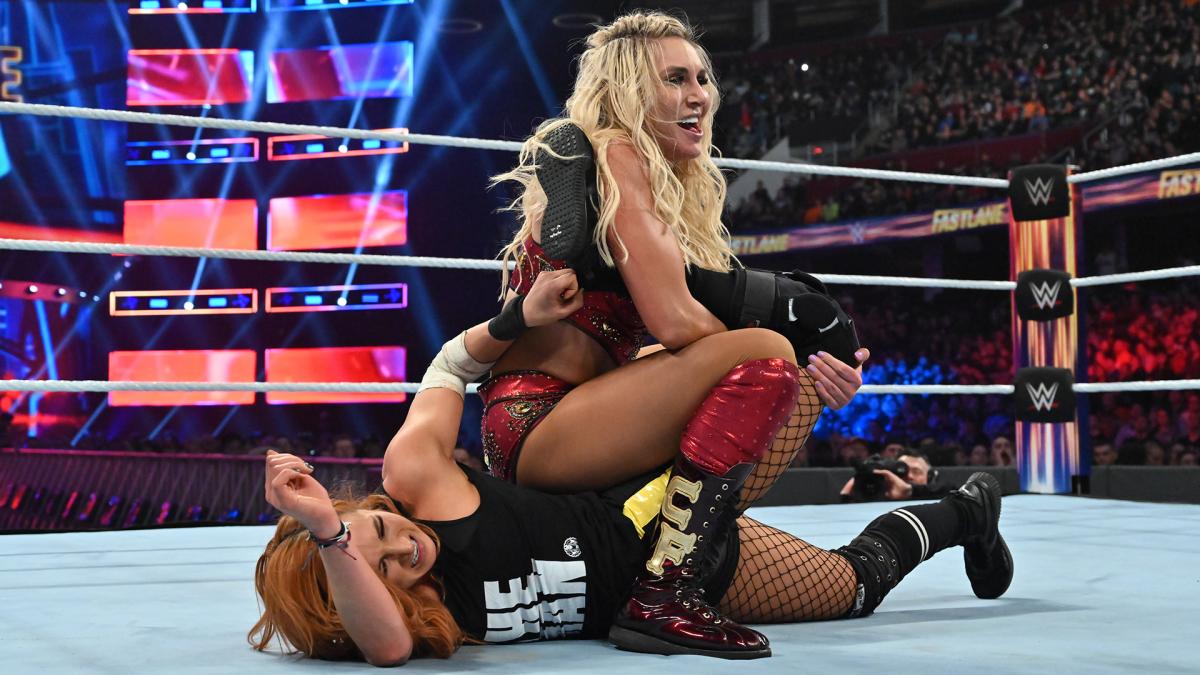 Charlotte Flair is arguably the best female superstar on WWE’s roster, so taking on someone with a bum knee, damaged arm and hurt ribs seems like an easy win. Becky Lynch had a few moments of success, but Charlotte had the advantage in every area. The ending with Ronda Rousey storming to the ring and throwing a single punch made no sense. Rousey created more work for herself at WrestleMania. If anything, she should have went after an already injured Becky for some cheap heat. Grade: B 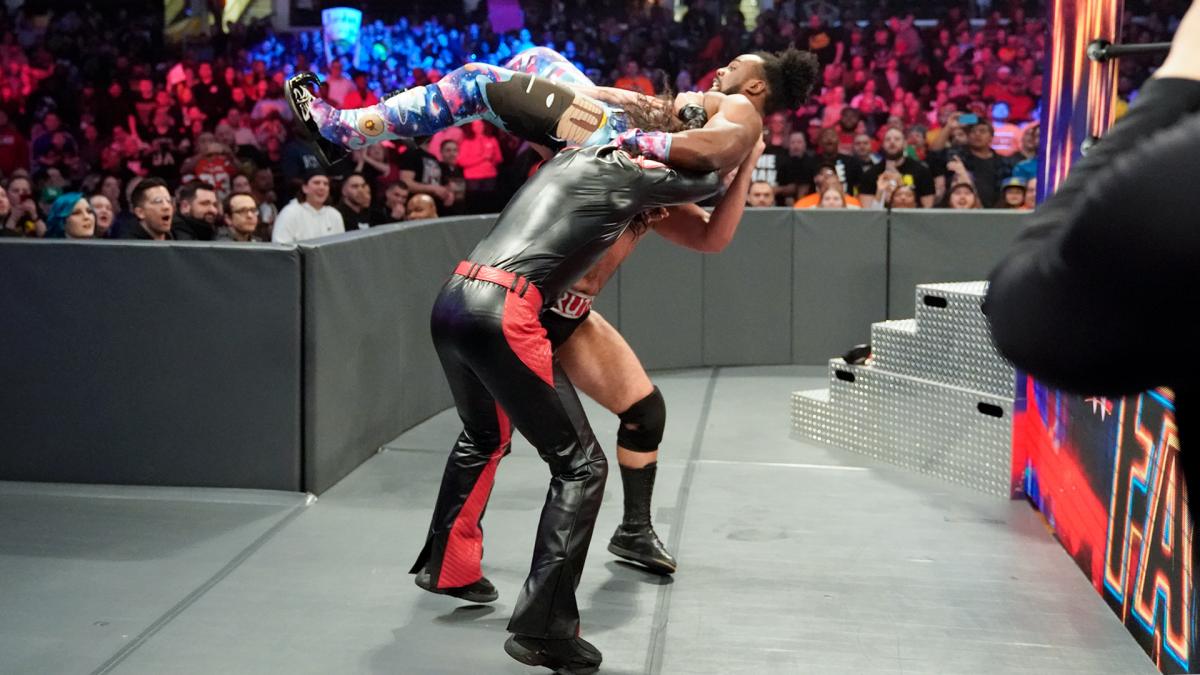 In January, Shinsuke Nakamura and Rusev were battling over the United States Championship on the Royal Rumble pre-show. They are still on the pre-show, but now as a team. Despite Nakamura & Rusev just becoming partners, they work alright together. They are not the New Day, who have been together for several years. It was not the best performance of the evening, but this match would have worked on the main portion of the card. Grade: B 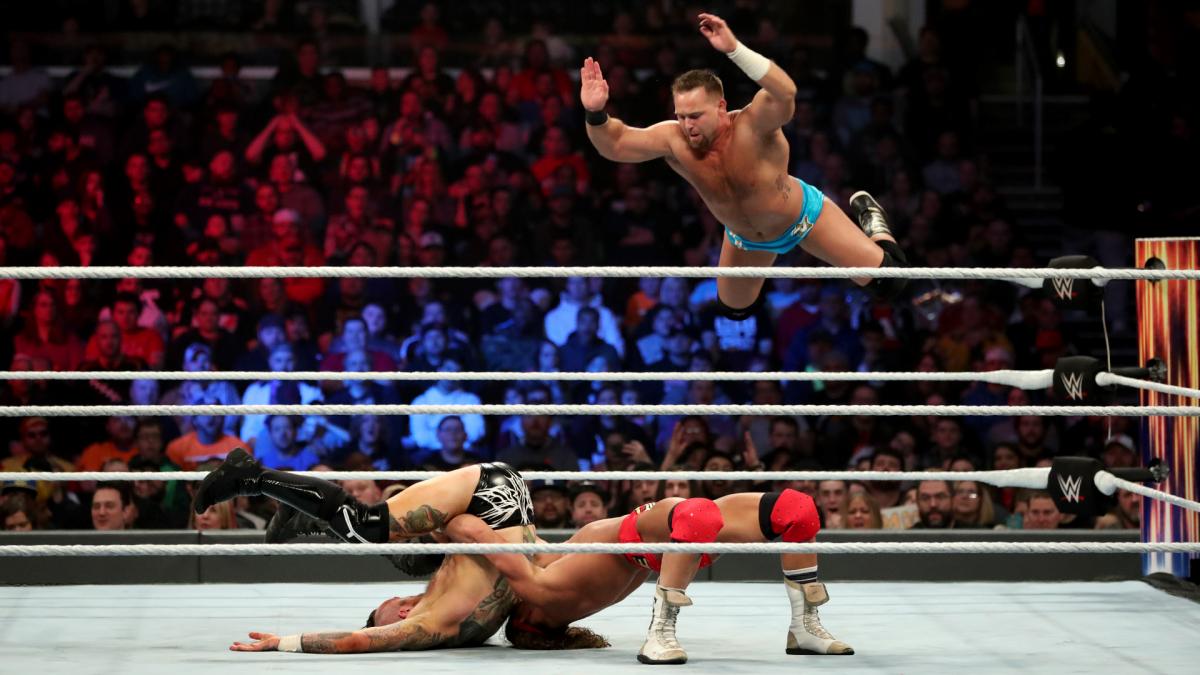 The tag division on RAW has changed dramatically in a matter of weeks. The Revival are finally getting the recognition they deserve and we have some new names out of NXT. While The Revival are about keeping the action on the ground, Aleister Black & Ricochet are more into flying. Chad Gable & Bobby Roode are a mix of both. Hopefully all six men continue their feud into WrestleMania as they are quickly rebuilding a once broken division. Grade: B+ 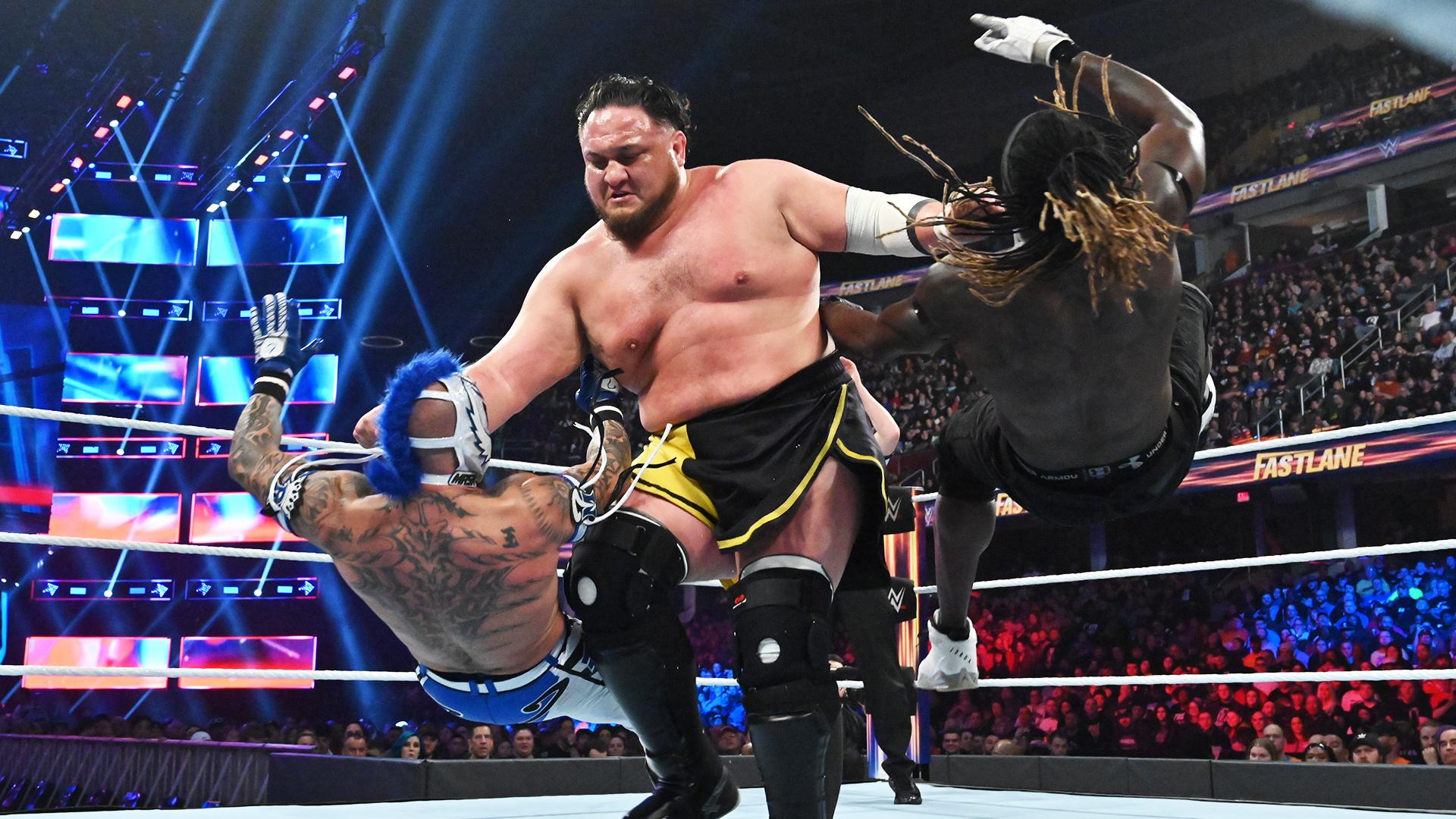 During the pre-show, we learned that Rey Mysterio vs. Andrade had been scratched for a fatal four-way with the United States Championship on the line. I was looking forward to another meeting between Mysterio and Andrade, but adding Samoa Joe and R-Truth did not hurt. The match was entertaining and it allows for Mysterio vs. Andrade to conclude at WrestleMania. Grade: B+ 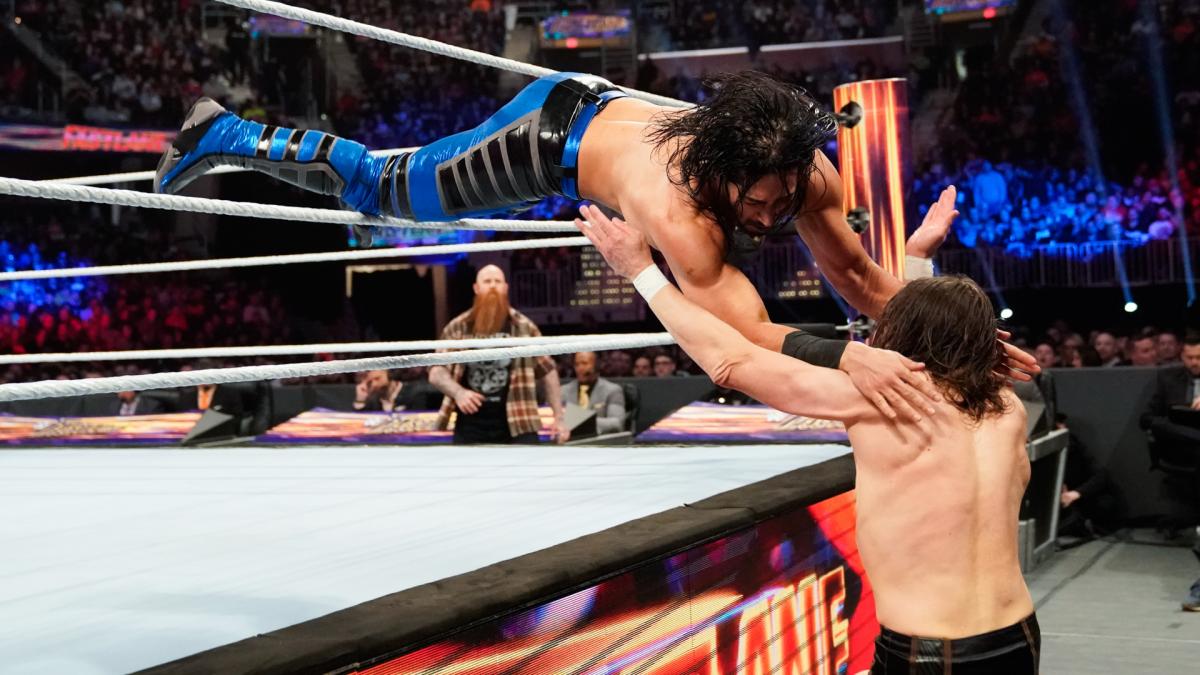 We did get a surprise triple threat, but it was missing the Kofi Kingston factor. While fans wanted to see Kofi over Mustafa Ali, he gave an amazing performance. Ali showed off some impressive spots and he could be WWE Champion in a year or two from now. The biggest drawback was it seemed unlikely Daniel Bryan would lose as the work has already been done for a future title match against Kofi. If the fans were not thinking so much about Kofi, it would have brought more interest from the Cleveland crowd. Grade: A- 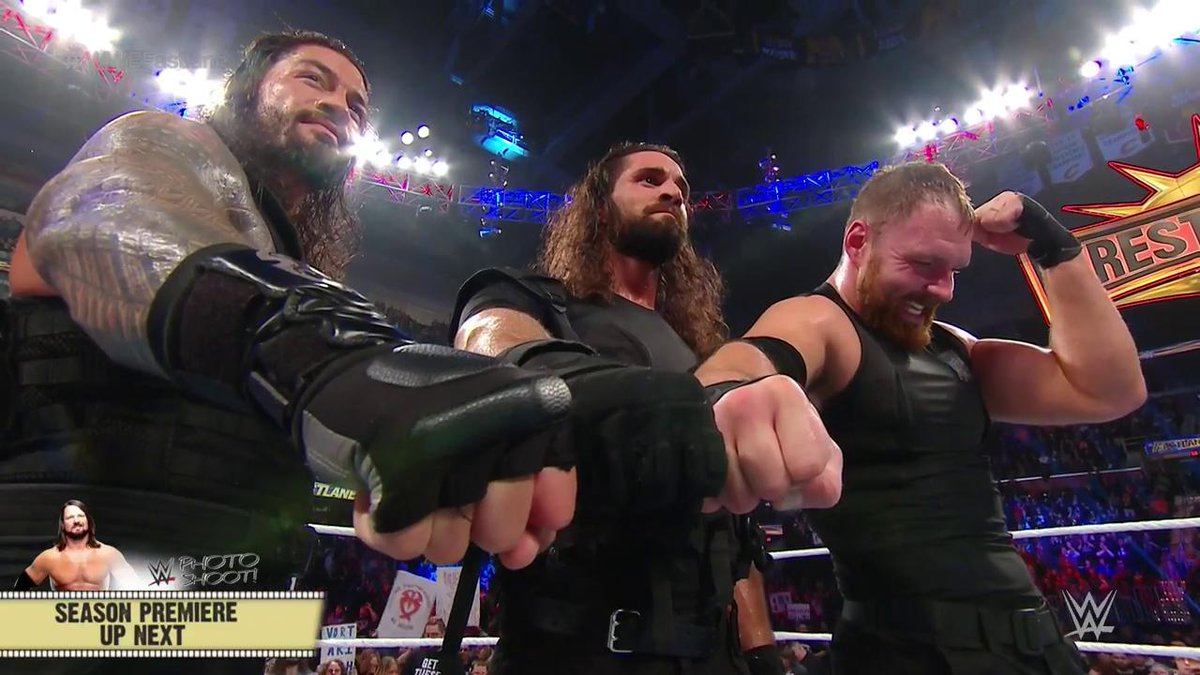 The Shield debuted at Survivor Series 2012 and they changed the wrestling landscape. Sure they had their problems overs the years, but they always knew how to deliver when together. Fastlane was all about the Shield’s final ride. We know Dean Ambrose is leaving, Roman Reigns is just returning after his battle against leukemia and Seth Rollins is getting ready to tackle Brock Lesnar. For one night, they put their past behind them and showed why they are such an important stable in WWE’s history. The match unfolded like a typical Shield encounter; with chaos happening all around and ended with the three standing tall. They might reunite down the line. But for now, that was the end of an era. Grade: A-