RAW In A Nutshell: So Much To Do, So Little Time…

Just 2 RAW episodes sit between us and 'Mania. And when you finish reading this Nutshell, we will be down to just three hours...

Hello everyone! It’s a nice way to kick off our wrestling week, with a recap of the previous evening’s RAW. It is, of course, our next to last RAW before WrestleMania. That’s right folks, that biggest of big shows is rapidly approaching. There is so much to do, so little time to do it in. WWE will surely make these last two RAW episodes count.  WWE may have gotten some big news out of the way this morning, confirming that the RAW Women’s Championship will indeed main event the show, but there is still plenty left to address, confirm or otherwise handle. So let’s crack open this Nutshell and see what unfolds! 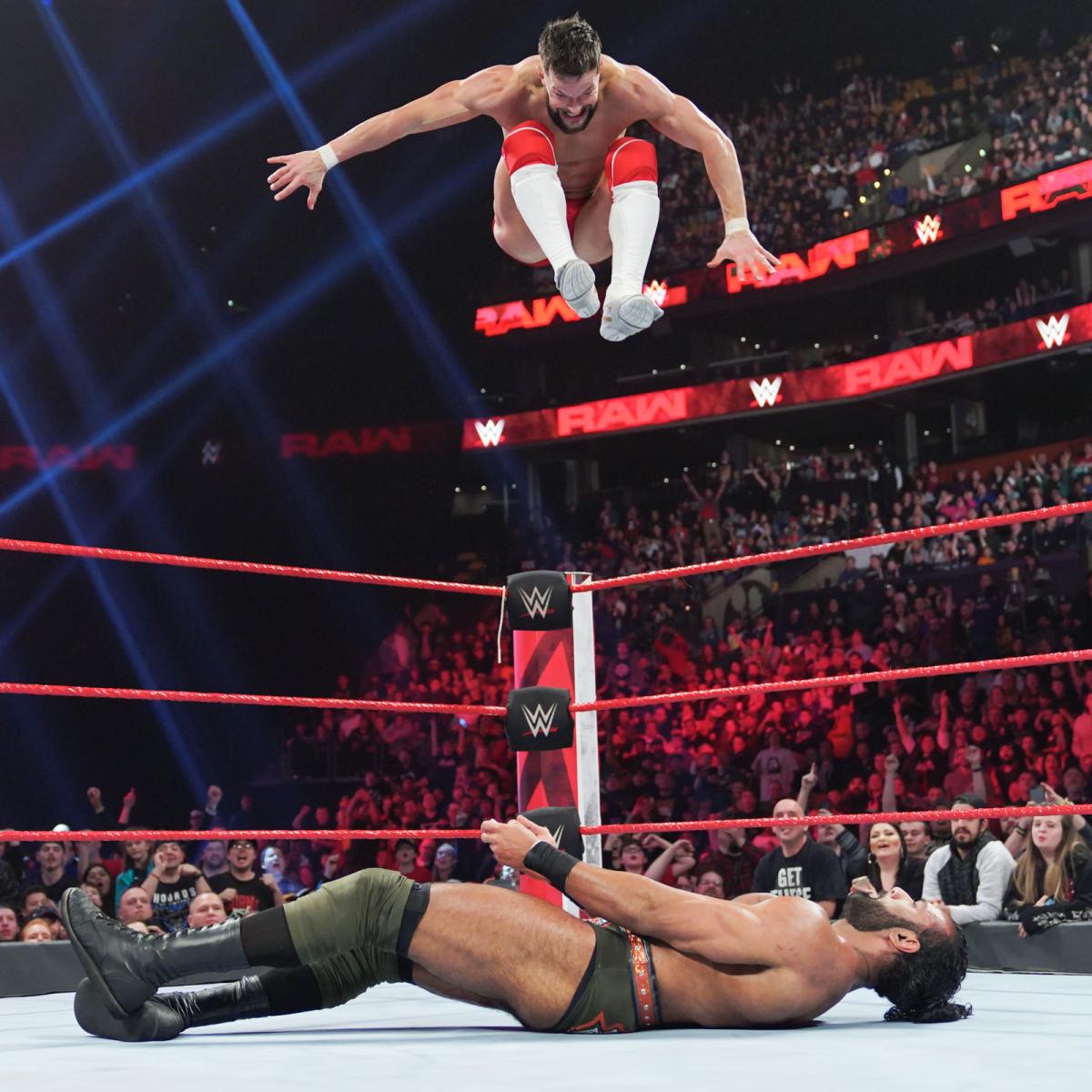 Now, this one might not be a popular take, but I am going with it anyways…and for me, it’s the “beat the clock” trio of matches. Now, I am not saying the action was bad…but I do consider these three matches to be the bottom of the barrel. But here’s why: you have the three women who are MAIN EVENTING WrestleMania. And you put them in a challenge, and you have the first woman out set the bar at under 90 seconds. So each of the other two will end up working less than 90 seconds.

It’s a limitation that, while sometimes it can be exciting, in this case just seemed to wrongly handcuff the women. Even if we think or believe that Rousey can make someone tap that fast, it’s just not needed to have Becky also beat an Riott Squad member in under 90 seconds. Why job out Riott Squad like that?

In a situation where there’s an advantage up for grabs-last person in the Elimination Chamber, last spot in a Money In The Bank ladder match-these make sense. When all that is on the line is bragging rights? Meh.

WWE got it’s main event Superstars out of the way early, but they were stars. Beyond that, I’d say that there wasn’t a singular star. The right Superstars looked good and were booked mostly strongly, from Reigns and McIntyre to Seth Rollins or Bayley and Sasha Banks.

I enjoyed the dual Black Mass. So there’s that… 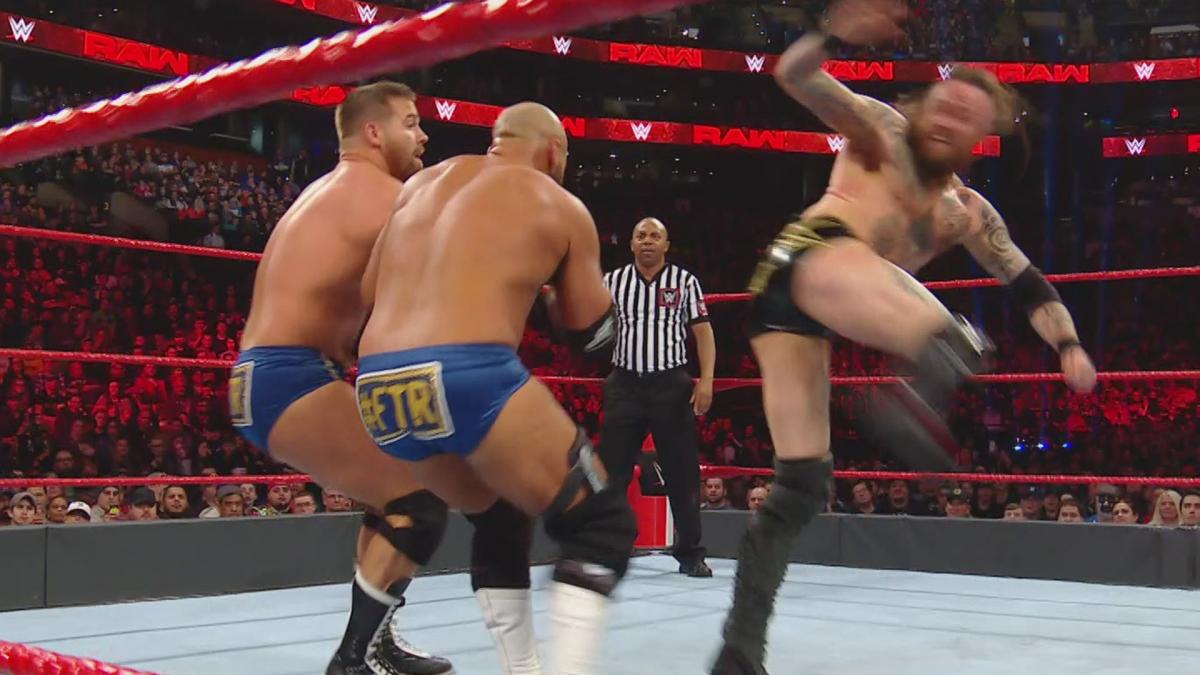 Maybe it’s me, but tonight it felt like we had four jobbers.

I could give an honorable mention to Samoa Joe, coming over from SmackDown for a farewell match with Kurt Angle.

Otherwise, my four would be the trio from Riott Squad, losing three matches in under five minutes to the WrestleMania main event.

They are joined by apparent WWE short-timer Dean Ambrose, who lost yet again to Drew McIntyre in a main event on RAW.

Based on what had been going around, did not expect to see Ambrose on TV. Minor one there.

Loved the action between Roman Reigns and Drew McIntyre. Drew is getting great heat, and Roman is actually getting fan support. Go figure.

Ignoring my rant about the pointless beat the clock challenge, Ronda Rousey is so much better as a heel. Seems to be more of a natural fit to her, and considering trainers always say it is much easier to be a heel than a face (let’s be honest, it’s not hard to be disliked), somewhat surprising WWE didn’t start this way in the first place.

Also, WWE announced during RAW (might have been said prior to RAW too?) that Survivor Series was returning to Chicago later this year.

In another bit of news, as had been rumored (and is long overdue) The Hart Foundation will become members of the WWE Hall of Fame.

Really not fond of the use of the beat the clock challenge this evening. Delved into that earlier (see: worst match of the evening).

Booking Colin Jost into the Andre The Giant Battle Royal is just sad. Adding Che too? The match was, in theory, started a few years ago to be something honoring Andre. Having these two added to the match is a farce. I wasn’t even a fan of having them serve as special correspondents, now I am even less of a fan. 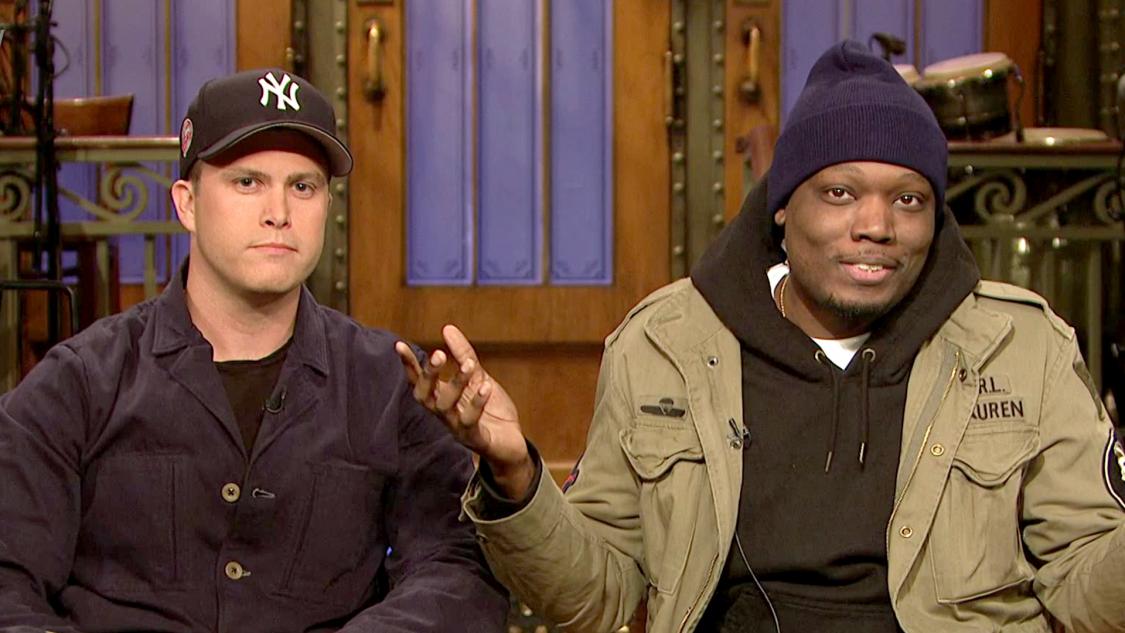 Is anyone surprised that Finn Balor earned his Intercontinental rematch at WrestleMania?

Love the Hart Foundation making it to the WWE Hall of Fame. For WWE supposedly not valuing tag team wrestling, you have three teams going into this year’s Hall (New Age Outlaws as part of D-X, Harlem Heat and the Harts).

So much for those rumors that we’d seen the last of Dean Ambrose on WWE television, eh?

All in all, not a terrible show…but I will say this: seeing as next week is it, they have a lot to do to give us a worthy go-home show.