Who Attacked Aleister Black? We Investigate This Deep Mystery

Who injured former NXT Champion Aleister Black? The crimestoppers at WWE are determined to get to the bottom of this grisly whodunit.

As reported last week, Aleister Black recently suffered a groin injury that has rendered him unable to compete at NXT TakeOver: Brooklyn 4.

However, because the injury occurred at a house show rather than during an NXT TV taping, WWE decided to take some creative liberties with the storyline – and they’ve gone full-blown murder mystery.

It all started Wednesday night, when WWE posted a video asking, “What happened to @WWEAleister at @FullSail after @WWENXT went off the air?”

What happened to @WWEAleister at @FullSail after @WWENXT went off the air? pic.twitter.com/fLBpXYf9zz

Now, I love a good mystery as much as the next girl who obsessively watches Investigation Discovery. And I have some questions.

First, what was the entire NXT roster doing just milling about outside Full Sail? Did they not have anything better to do? And why wouldn’t any of them answer this enterprising and anonymous sleuth as he repeatedly and frantically asked, “What’s happening?” Are they ALL in on it?

Speaking of being in on it, I’ll tell you who looks guilty in this video: Kassius Ohno. What was he doing hanging out with Kairi Sane and Candice LeRae, wife of the man who cost Black the NXT Championship? And did you see the dirty look he gave the cameraman as he walked by? 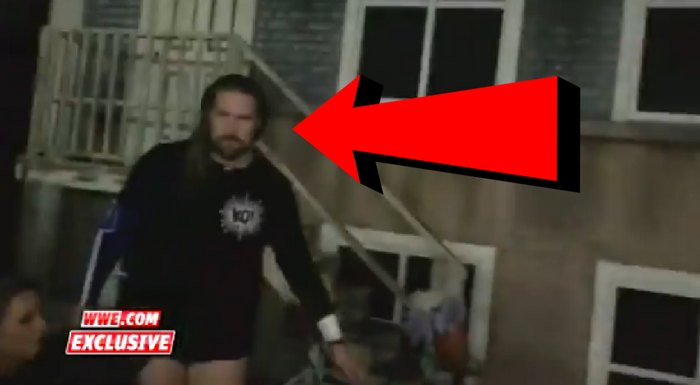 Do you know what that aggressive look communicates? I’ll tell you what: “I did it, and I’ll do it to you too if you don’t keep your mouth shut.”

As far as I was concerned, that look sealed the deal. Case closed, Ohno did it. But then WWE released another video – and there are dozens of suspects:

We have spotted DOZENS of potential suspects in the case of who may have attacked @WWEAleister, and @catherinekelley brings you all the details! pic.twitter.com/RL5lbubQDc

This video left me with even more questions. First of all, where did the footage of Johnny Gargano and Undisputed Era come from? That was NOT in the original video. Did the cameraman conceal that footage on purpose? And why would he if he did? Was the cameraman in on it too? Did someone put out a hit on Black and then hire this guy to run around asking everyone what they saw to confuse poor Cathy Kelly into thinking there are dozens of potential suspects? Will the men and women of NXT never be able to loiter outside Full Sail ever again safely?

I wish you a speedy recovery, Aleister Black – and swift justice for whoever committed this heinous crime.