On the RAW following SummerSlam [1], Roman Reigns proved himself a “fighting champion” by defending his new Universial Title against Finn Balor. Looming over the match, nearly literally, was Braun Strowman with his Money In The Bank briefcase. After dispatching with Balor, Reigns looked on the brink of losing his title, screwed again by forces beyond his control. Braun was cashing-in. But then, a radio scratch. “SIERRA-HOTEL-INDIA-ECHO-LIMA-DELTA SHIELD [2].” The crowd lit up as Dean Ambrose and Seth Rollins, clad in their classic SWAT garb, came out to defend their brother-in-arms from an unfair cash-in. Undeterred, Braun went at Roman only to have the Shield pounce on the Monster and powerbomb him through the table. 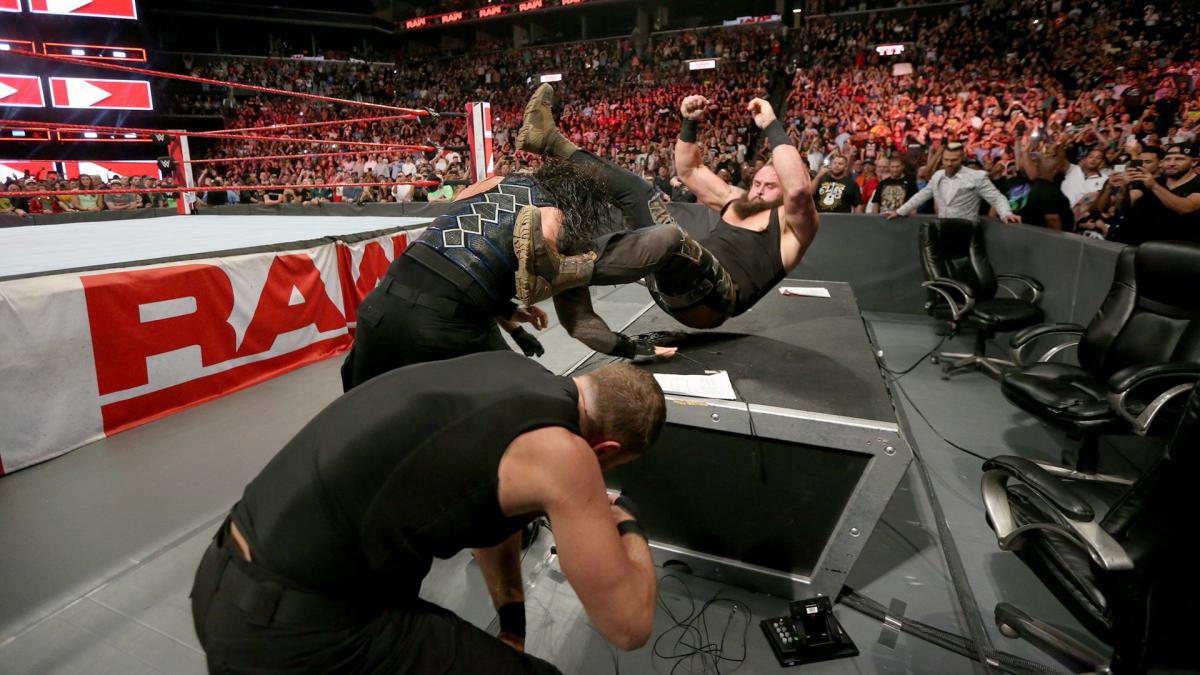 The crowd loved it. It was chaos. It was unexpected and everything we love about wrestling. Not only that, but the crowd is behind Reigns’ title run, it seems. The Shield will prevent Braun’s surprise cash-in, adding a new dimension to what had become a stale WWE trope. All good right? Well, sort of. You see, a lot of people saw this and saw something somewhat different. Instead of friends sticking up for their friend, many thought that Roman Reigns and his team had turned to the dark side…
https://twitter.com/ATVS_JakeNazar/status/1031738646473400324

As you can see, I was also baffled by this take. How could preventing an inherently heel act (the cash-in on a downed opponent) be heelish itself? How could two babyfaces defending their babyface friend be the work of villains?

Yes, wrestling fans are smarter than ever which is why they are calling two babyfaces helping their babyface friend not get robbed of his title a "heel turn"

Are fans so desperate to finally cheer Reigns that they’ll bend the laws of reality and wrestling to do it?

Pretty clear why everyone wants this to be or thinks this is a heel turn. They want to cheer Roman, they have wanted to cheer Roman. But they don’t want to hand in their “Registered Super Smart Wrestling Fan” credential and look like a loser to their super cool peers.

Here’s a suggestion. Cheer for the good guy. Boo the bad guy. It is that simple. That being said, Braun isn’t the villain here either. There is no ‘bad guy’ so, in that respect, I can sort of understand the confusion. Fans do demand stories be spoon-fed to them, but then at the same time lament when WWE ditches all subtly. My advice? Watch and enjoy. Shut up and be excited that the most exciting faction in WWE history is back and on the warpath. Wrestling is fun when you’re not thinking. When the Shield’s music hit, I jumped off my couch and giggled wildly. I woke my wife up with my excitement. That’s what is great about wrestling, not endlessly over-analyzing every little bit of action.