Hilariously bad school pictures are a right of passage, and one Missouri 7th grader’s school photos turned out so hilariously bad that they’ve gone viral.

In a post on Love What Matters [1], mom Laurel Boone Hutsell wrote that she and her eldest son, Carter, both agreed “days before school started” that he would wear a neon green polo shirt on the first day of school [2], which also happened to be picture day:

A couple of days before school started, we talked about what shirt he should wear. If you have boys like me, you understand the ‘everything has to be dry-fit’ wardrobe. Any dry-fit shirt that has a collar is a fancy enough picture-day shirt in my book. He has a few of those so it would be an easy decision to pick one.

Me: ‘You have the dark gray, but that might blend in with the gray background they used in last year’s picture.’

Me: ‘You also have the navy, but you have already worn that one before. And last year you had this darker turquoise color on.’ We referred back to the 6th grade ‘head and shoulders only’ picture that is proudly hung in our foyer.

Me: ‘Well, this green one. That should look great against the gray or taupe background. Whatever they use.’

Decision made. It was the green shirt’s turn. Now all that’s left to do is practice the smile and the hair management.

However, when Carter returned home from school later that day, he said something alarming. “Mom, I shouldn’t have worn the green shirt for pictures. It will blend in with the green screen they used.”

Unsurprisingly, Hutsell was shocked and confused. “They used a green screen? What?!” she said. “I probably should have read some fine print. Maybe they will be okay.”

However, when Hutsell received the photo proofs two days later, she learned they were hilariously NOT okay. Thanks to Carter’s bright green shirt, he was a floating head on a series of backgrounds:

My son – “Mom, I shouldn’t have worn the green shirt for pictures. It will blend in with the green screen they…

Fortunately, Hutsell had a good sense of humor about the photos-gone-wrong. How could she not? “I could not stop laughing,” she wrote. “Each picture was better than the next. The flags? That autumn scene with the fence? I really couldn’t believe my handsome boy’s head and arms were just floating there. I showed my husband and we got such a good laugh from it. And guess what? His smile and hair are PERFECT! HA!” 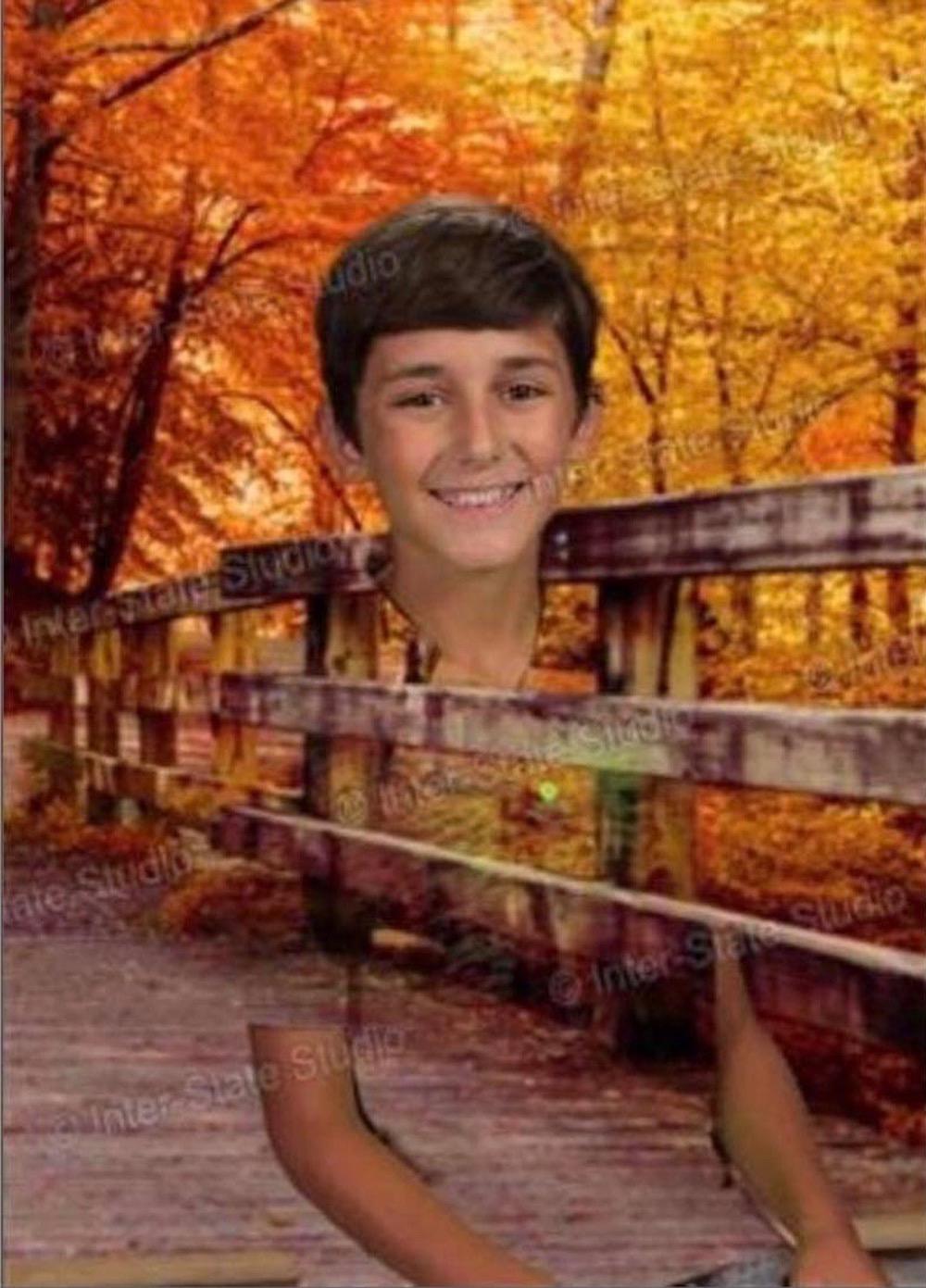 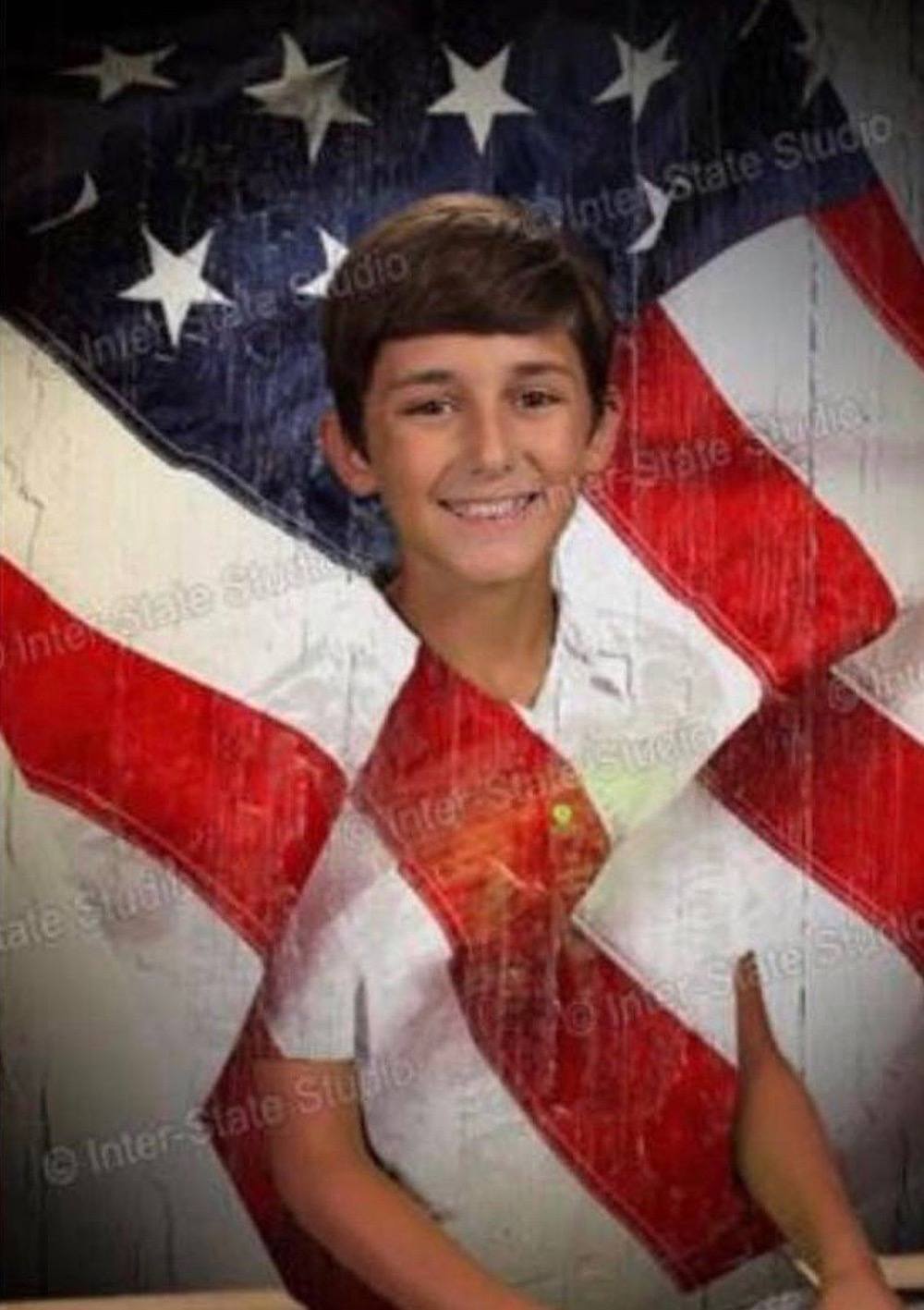 Thankfully, Hutsell told FOX 11 [5] that she’s become “pretty good friends” with the photography studio and they were able to fix the photos [6] so Carter wouldn’t need to do a retake. Even so, Carter and Hutsell got a kick out of the photos – and Hutsell is delighted that so many other people have found joy in her self-described “mom fail”:

As moms, we do the best we can. We love our kids. We support. We encourage. And we try to prepare. But in the end, there’s a chance our kids will still have a floating head in a flag, autumn scene or brick wall. And that my friends, is a hilarious thing to be okay with.”

Life’s too short to sweat the small stuff. If you end up with a floating head on picture day, you might as well laugh about it.