Former ECW [1], CZW and east coast indie star Rockin Rebel, real name Charles Williams, was found dead this past weekend along with his wife, Stephanie. Authorities are calling it a murder-suicide. Police believe Charles shot his wife before turning the gun on himself. Here’s more via ABC6 in Philadelphia [2].

“They were quiet, they kept to themselves,” said neighbor Stephanie Seiple.

She says although the couple that lived there rarely went outside the police were called to the home several times.

“There were always problems over there. The police were there a lot,” Seiple said.

She also adds that she often saw kids playing in the backyard, and that when she heard the the news Friday morning she feared it happened in front of the children.

Police say the couple’s children (a boy and a girl both ten years old) were in the home at the time of the incident [3] but were unharmed.

Who is Rockin Rebel? 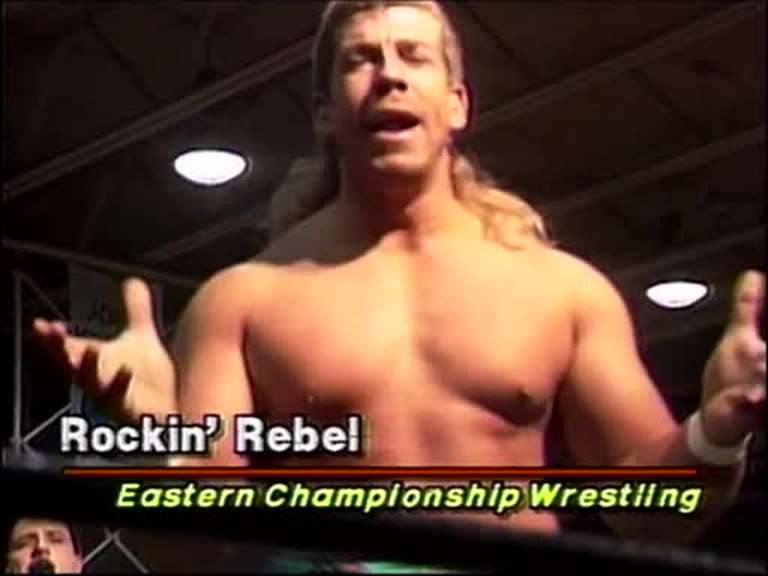 Trained by the Rock n Roll Express, Rebel was a stalwart of the early ECW (when it was Eastern Championship Wrestling) as well as Combat Zone Wrestling and other east coast promotions. Rebel wrestled abroad in Japan, Mexico, and Puerto Rico. There are a lot of Rebel matches on the WWE Network, almost all of them are from early tapings of ECW’s “Hardcore TV.”

He also wrestled a few squash matches for WCW. Here he is wrestling against the Midnight Express.

There is currently a GoFundMe to pay for the expenses of his wife’s funeral; you can donate to that here [4].

Unfortunately, this isn’t the first wrestler murder-suicide, and I am sure many will be quick to blame head injuries and steroid abuse. But it is irresponsible to blame wrestling for someone’s downfall and horrible decisions. Wrestling doesn’t make you pull the trigger. There were demons Rebel fought, and they won. It is disgusting that he had to take his wife down with him. And what about their children? I am reflecting and hoping they can move peacefully through their lives in light of this horrible tragedy.