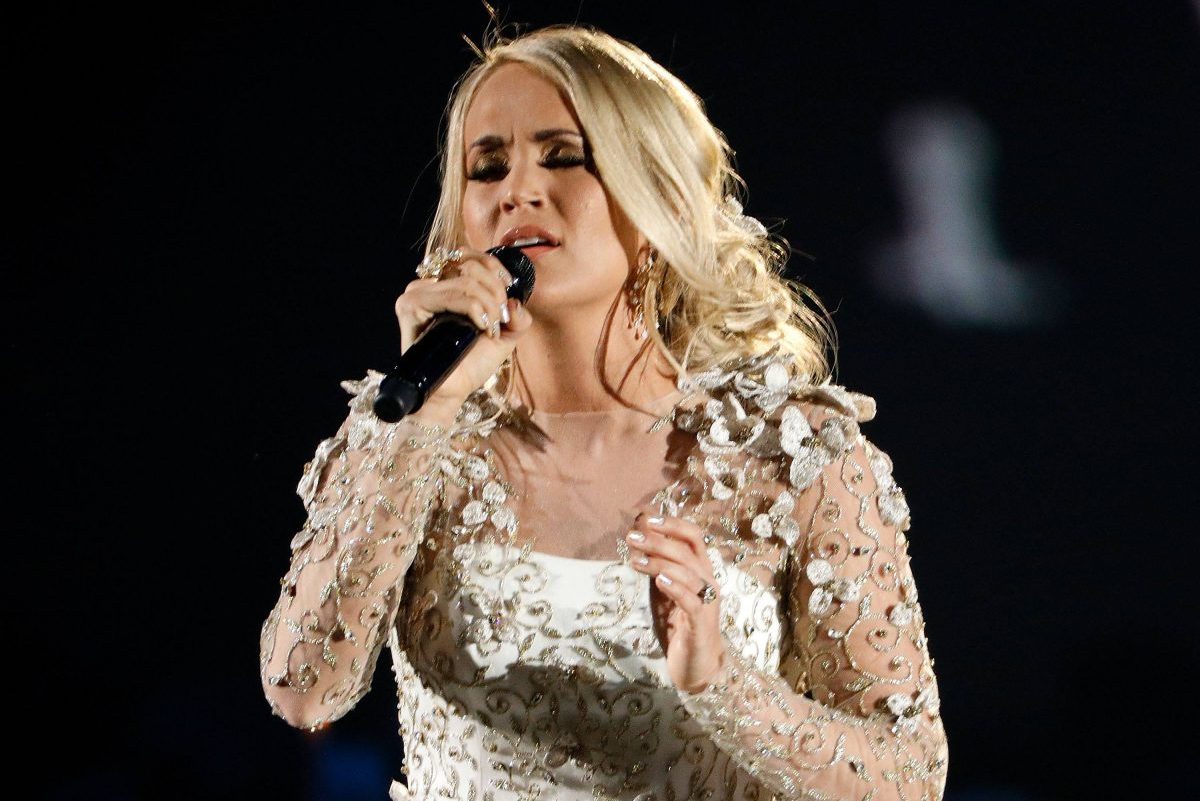 Carrie Underwood is the darling of country music and has fans all over the world. Carrie started her singing career in church at just three-years-old, but broke through on the hit show “American Idol.”

Underwood [1] has set and broken several records throughout her career, and she continues to keep tearing down barriers everywhere she goes. She was the youngest woman to ever be inducted into the Grand Ole Opry in 2008, and into the Oklahoma Music Hall of Fame in 2009.

She has won seven Grammy Awards, 16 Billboard Music Awards, and a host of other awards throughout her career.

You know if I started Carrie at #15, the rest of this list has got to be rockin’ right? Check out the next slide to see who is #14 on our list! 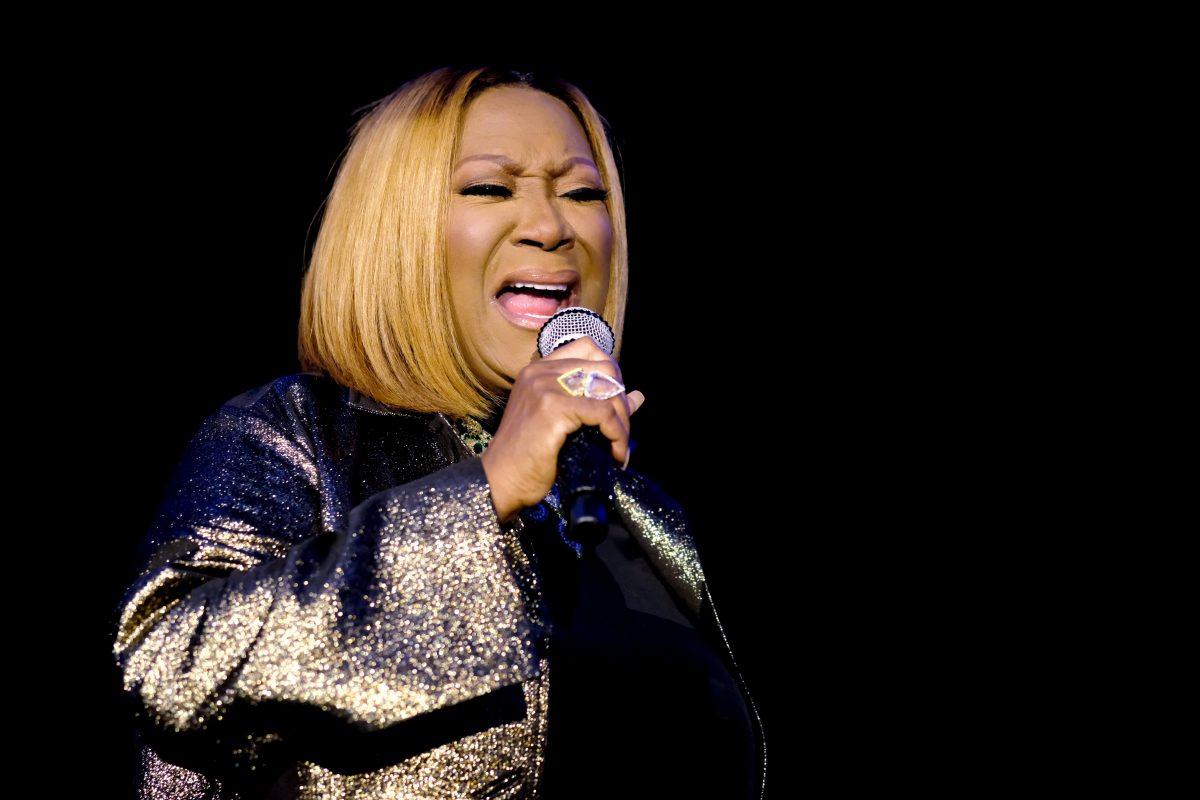 One of the most beautiful singers with a passion for lifting you out of your seat is Patricia Louise Holte-Edwards, better known by her stage name Patti LaBelle.

LaBelle [2] spent 16 years as lead singer of Patti LaBelle and the Bluebelles, before eventually venturing out on her own to pursue a solo career.

Make sure to check out the next slide to see which music legend is #13 on our list! 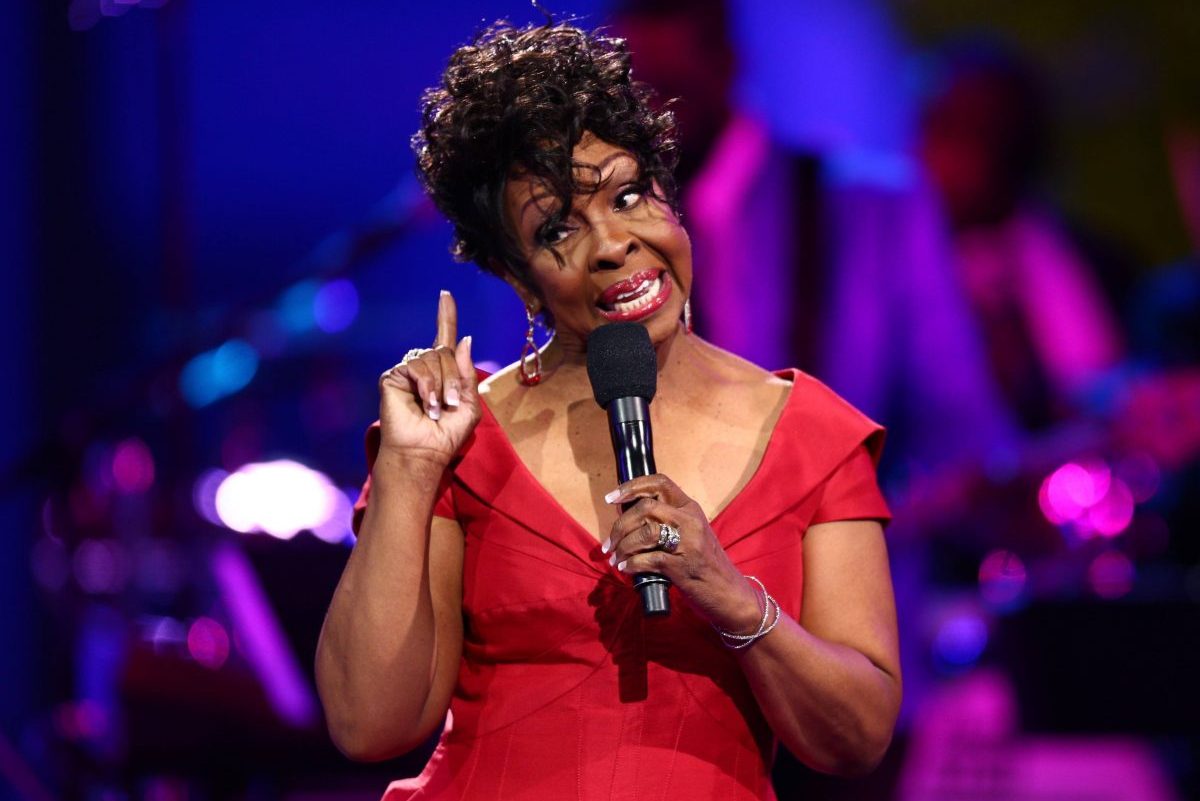 Gladys Knight is one for the ages. She’s had success with a group and as a solo artist. Knight is also known for performing with her family, The Pips, for years, recording during the 1960s and 1970s, for both Motown and Buddah Records labels.

Knight [3] started singing at the age of four and grew to become a seven-time Grammy Award winner.

Most people do not know that Knight is a Mormon. She uses her voice to evangelize for the Mormon Church. She claims family, faith, and music were always key essentials of becoming a Mormon.

Check out the next slide to find out which pop icon came in at #12 on our list! 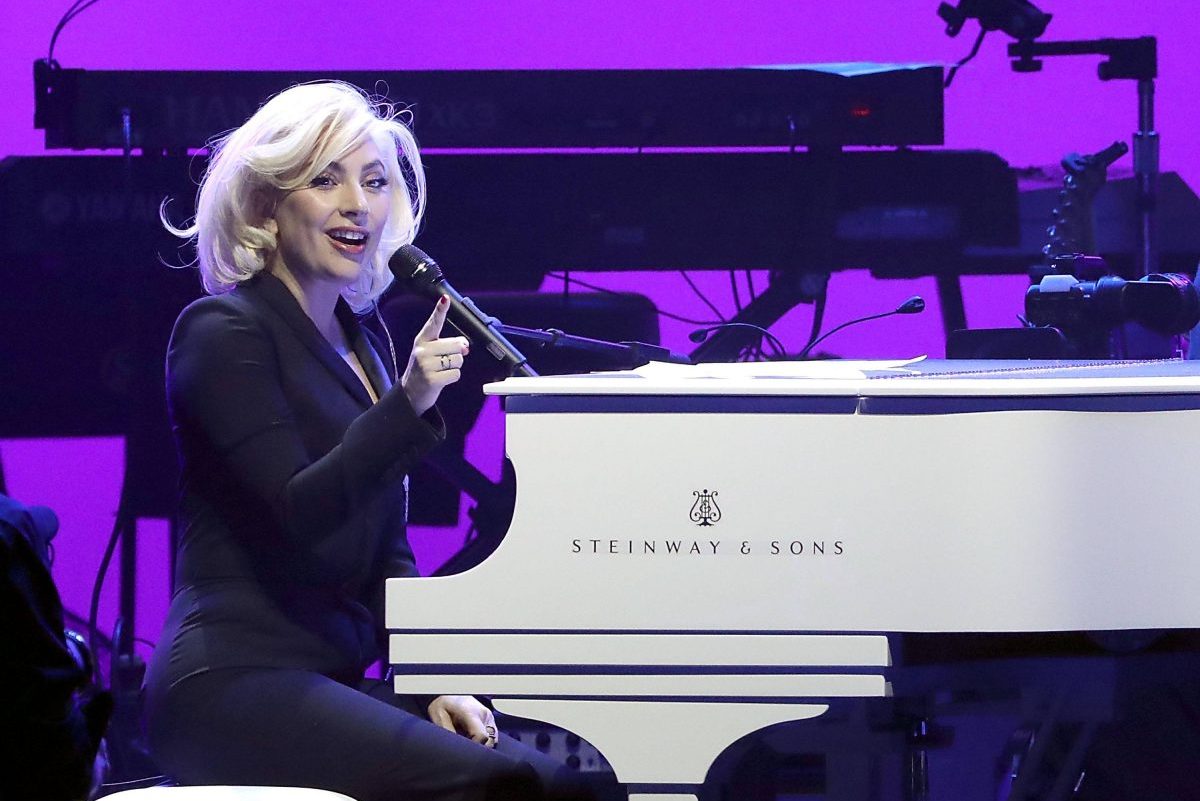 Stefani Joanne Angelina Germanotta, better known as Lady Gaga, is a multi-talented performer who has one of the most impressive voices in the music industry today. I would rank her a lot higher on my list, but there are too many women whose contributions to the music industry are greater than hers.

Lady Gaga [4] initially performed in theater, appearing in high school plays, and studied at CAP21 through New York University’s Tisch School of the Arts before dropping out to pursue a musical career.

Lady Gaga has won dozens of awards, including six Grammy Awards, and a Golden Globe Award for her performance in the miniseries “American Horror Story: Hotel.”

Check out the next slide to see which British sensation came in at #11 on our list! 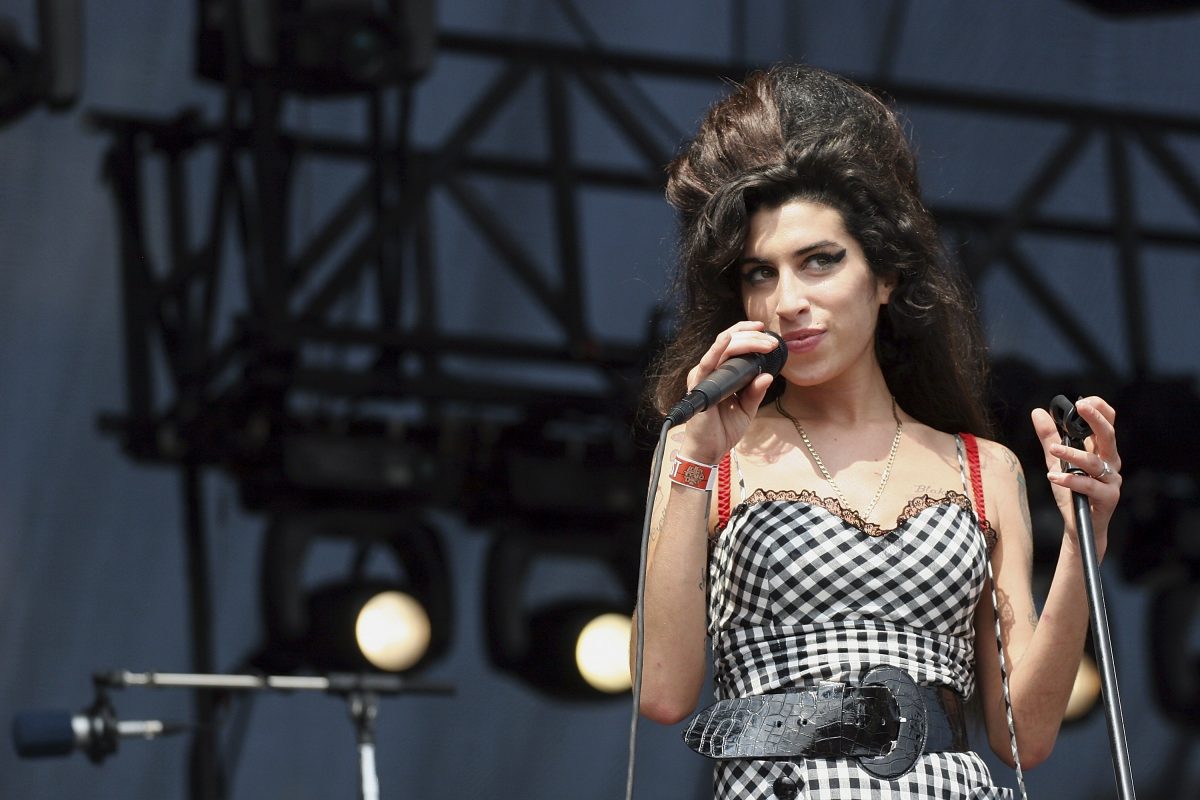 There’s so much that I can say about the late, great, Amy Winehouse [5].

She was one of the U.K.’s flagship vocalists during the 2000s. Her voice and style charted her on a course that nobody had seen for years. The British press and tabloids seemed to focus on her rowdy behavior, heavy consumption of alcohol, and tragic end, but fans and critics alike embraced her rugged charm, brash sense of humor, and distinctively soulful voice.

She was cleaning up her act and life before she died in 2011 of alcohol intoxication and the music industry misses her to this day. While her life was cut short, Winehouse’s career was extremely successful. She won six Grammy Awards, including five for her hit album “Rehab” in 2008.

Check out the next slide to see which music legend is #10 on our list! 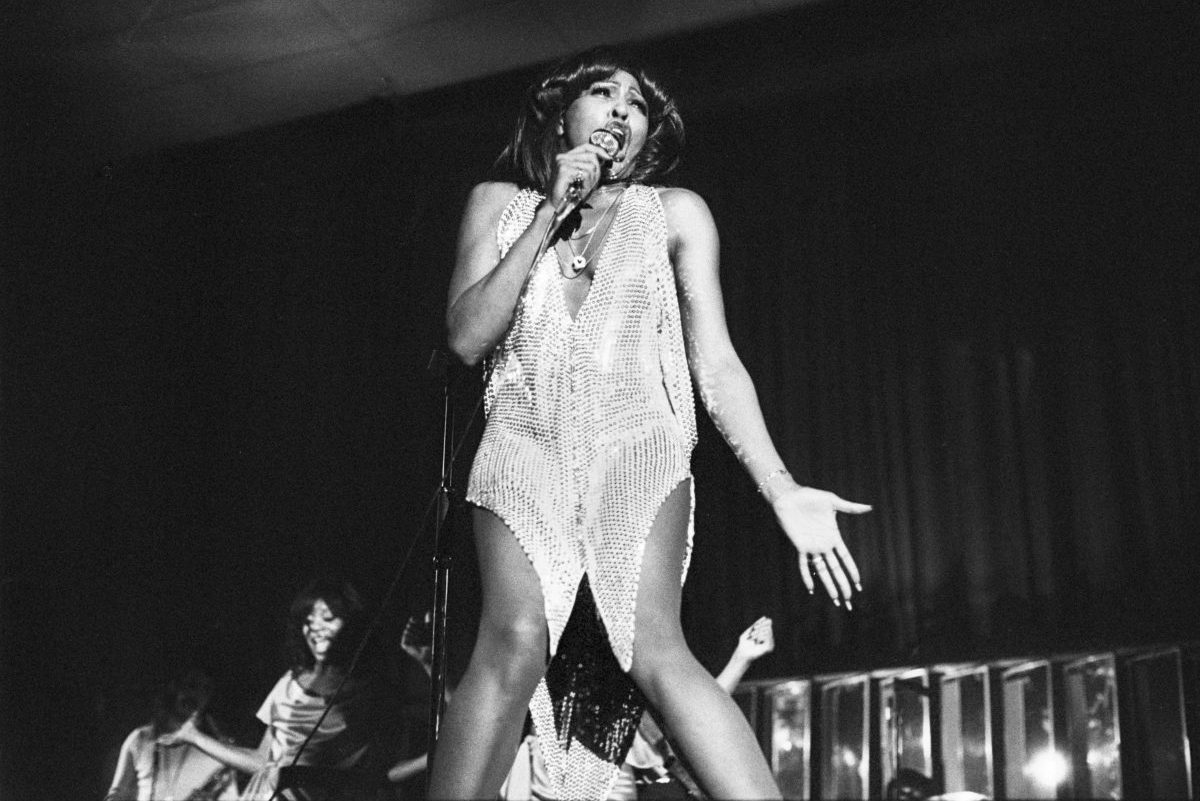 Tina Turner, whose real name is Anna Mae Bullock, is one of the most influential R&B singers of the last 50 years. Turner got her start as a featured singer with Ike Turner’s King’s of Rhythm and formed a successful duo with her husband Ike, that lasted for several years.

After she and Ike divorced, Turner [6] rebuilt her career through her live performances, and saw a boon in popularity in the 1980s with the release of several hit songs such as “Let’s Stay Together” and “What’s Love Got To Do With It.”

Turner is one of the world’s best-selling artists of all-time, with a combined single and album sales total of 180 million copies. She has also won 11 Grammy Awards during her career.

In recent years, Turner has caused quite a bit of controversy, renouncing her American citizenship in 2013 and obtaining Swiss citizenship.

Make sure to check out the next slide to see which drummer came in at #9 on our list! 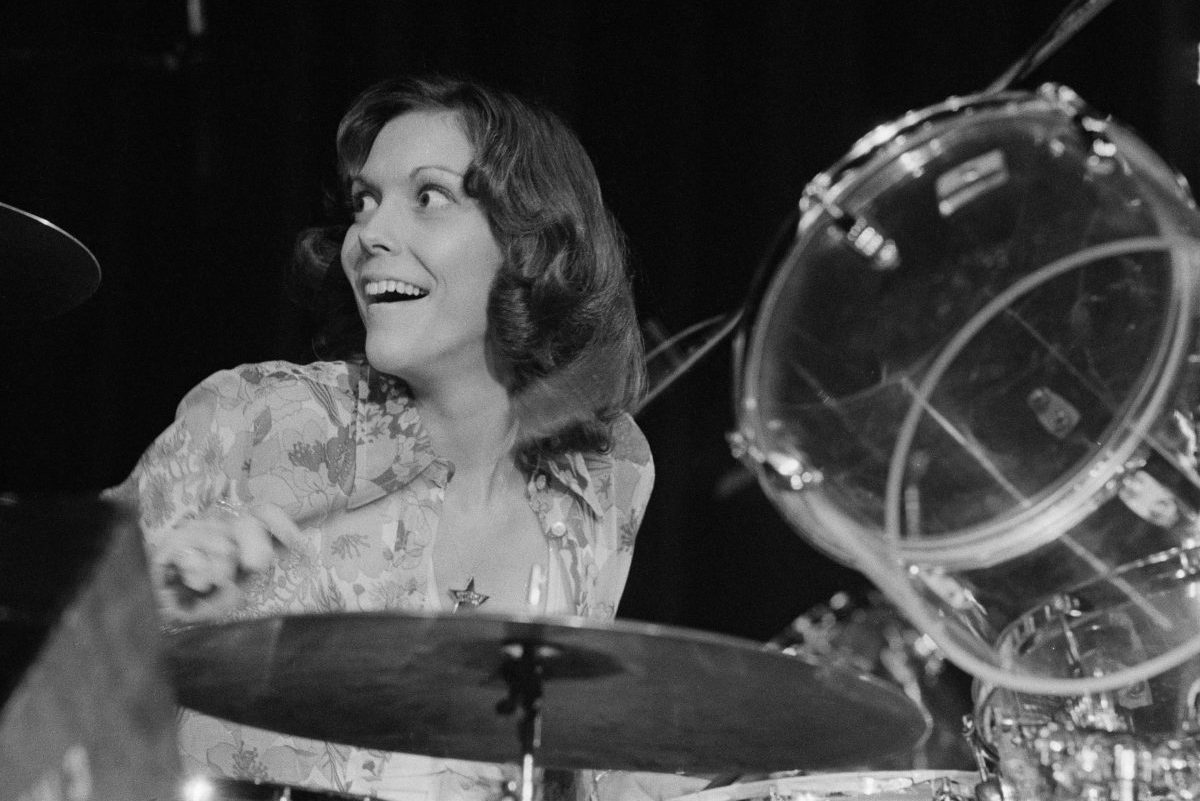 Karen Carpenter’s career began with her brother Richard in the popular duo the Carpenters [7]. She started out as a drummer in the group, but she soon began singing full-time for the band when record companies heard her angelic voice.

Nobody imitated her or even emulated her style, which speaks to the respect she had in the music industry. Carpenter’s life was cut short and she died at the age of 32 due to complication from anorexia nervosa, but her legacy lives on to this day.

Check out the next slide to see which pop icon is #8 on our list! 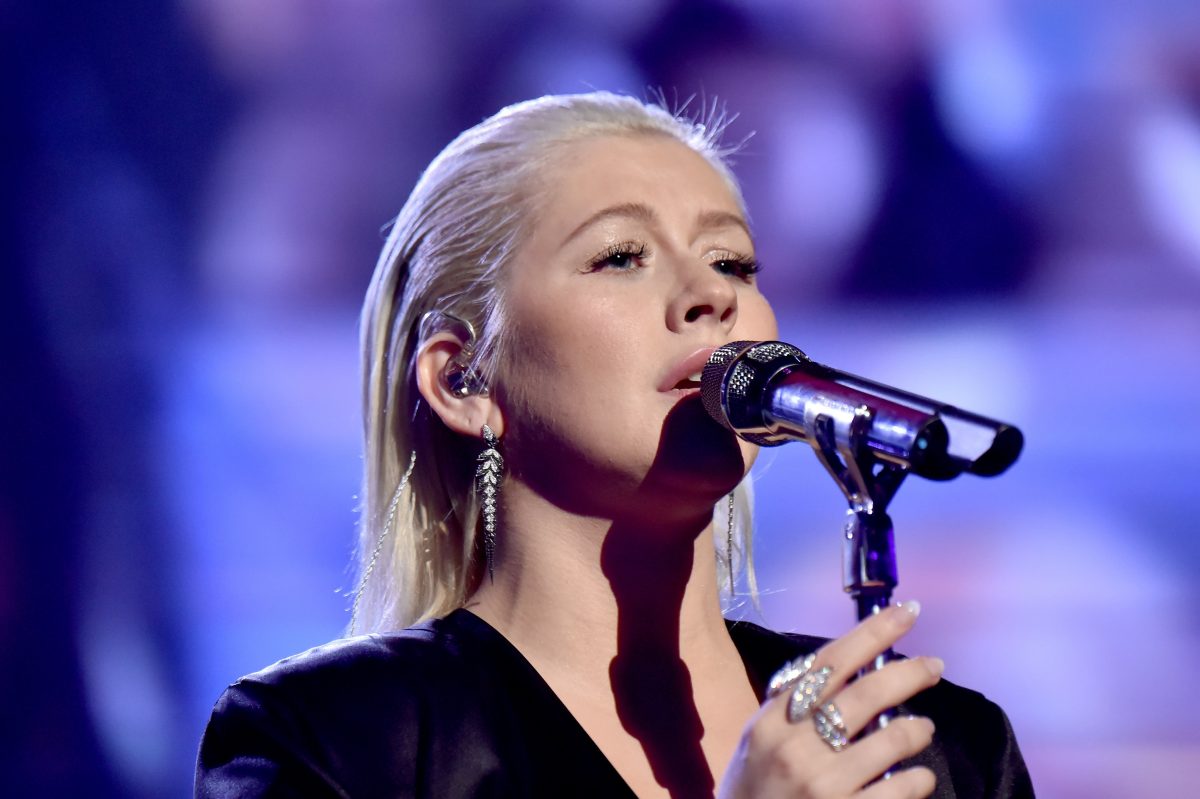 One way you can tell how much the industry loves and respects top singers is when they are known by one name, and this wonderful young lady is at the top of the list — Christina.

Aguilera [8] popped onto the scene when she, along with Justin Timberlake and Britney Spears, appeared on the hit television show “The Mickey Mouse Club.” She was a little-known soulful singer, who was small in size but could belt out notes like she was a seasoned veteran.

Her range could equal Mariah Carey and Whitney Houston, and while she is known mainly for her catchy pop songs, she is one of the best singers alive today. Throughout her career, Aguilera has won five Grammy Awards and has sold more than 42 million albums worldwide, and she’s just getting started.

Make sure to check out our next slide to see which singer is #7 on our list! 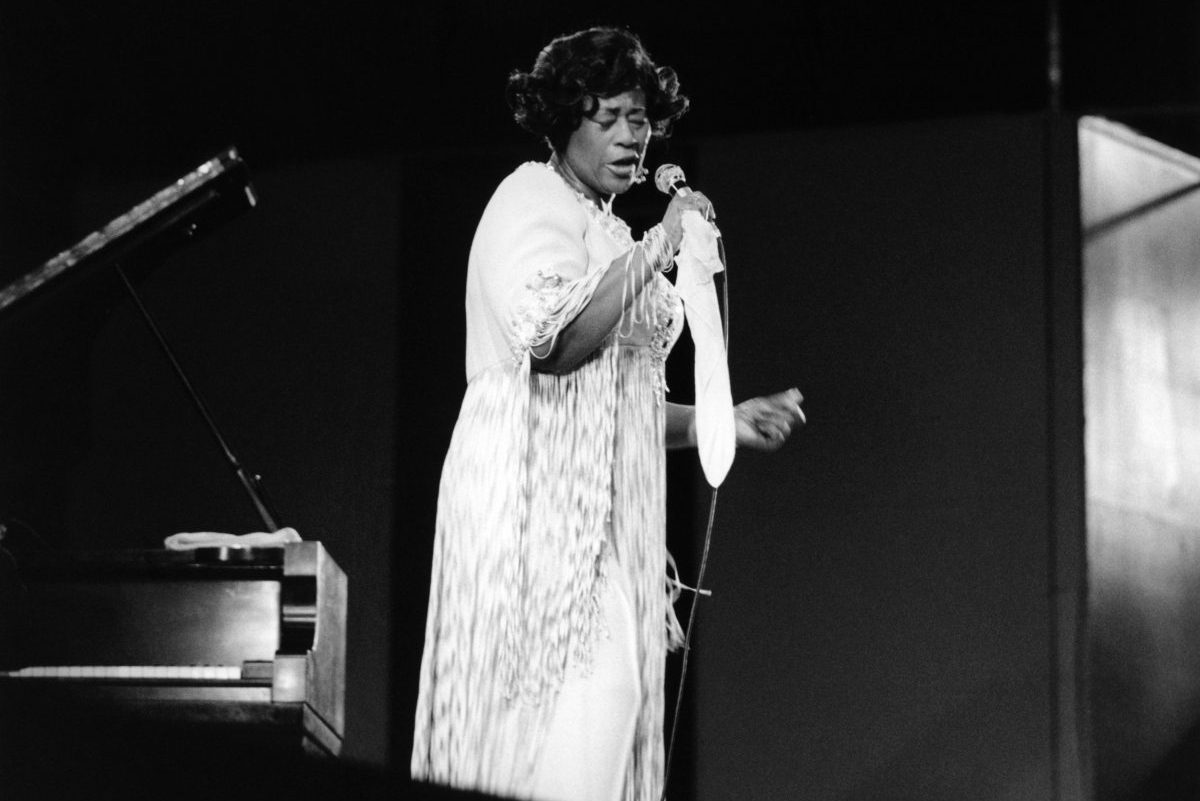 Ella Fitzgerald [9] was an American jazz singer who recorded more than 200 albums and some 2,000 songs during her career. Many of her songs are considered American treasures, and when you listen to her sing, you feel like you are part of royalty.

When she took the stage, Ella commanded respect from the beginning to the end of her performance. You would either tap your foot to her songs or find yourself lost in a fantasy zone without a care in the world.

Fitzgerald’s career lasted nearly 70 years, and during that time she won 14 Grammy Awards and was awarded the Presidential Medal of Freedom.

Check out the next slide to see which R&B sensation is #6 on our list! 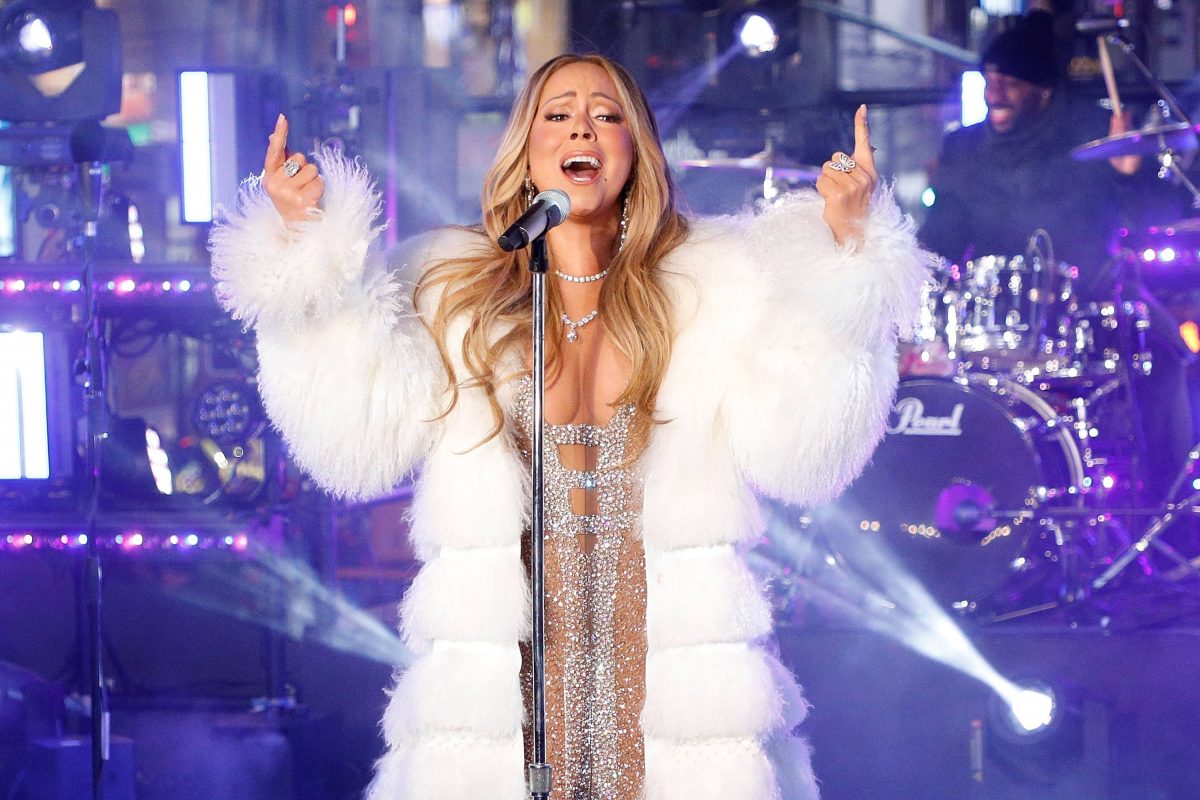 Mariah Carey is one of the most successful R&B singers alive today. Throughout the 1990s, Carey was Columbia Records highest-selling act, and her single “One Sweet Day” was the longest-running #1 single in U.S. history, lasting 16 weeks at the top of the charts.

Since she broke through in 1990, Carey [10] has released 14 albums and has been nominated for dozens of Grammy Awards, winning five of them. In 2012, VH1 named Carey #2 on their list of “100 Greatest Women in Music.” Carey has sold more than 200 million records worldwide, making her one of the best-selling artists of all-time.

Check out the next slide to see which artist is #5 on our list! 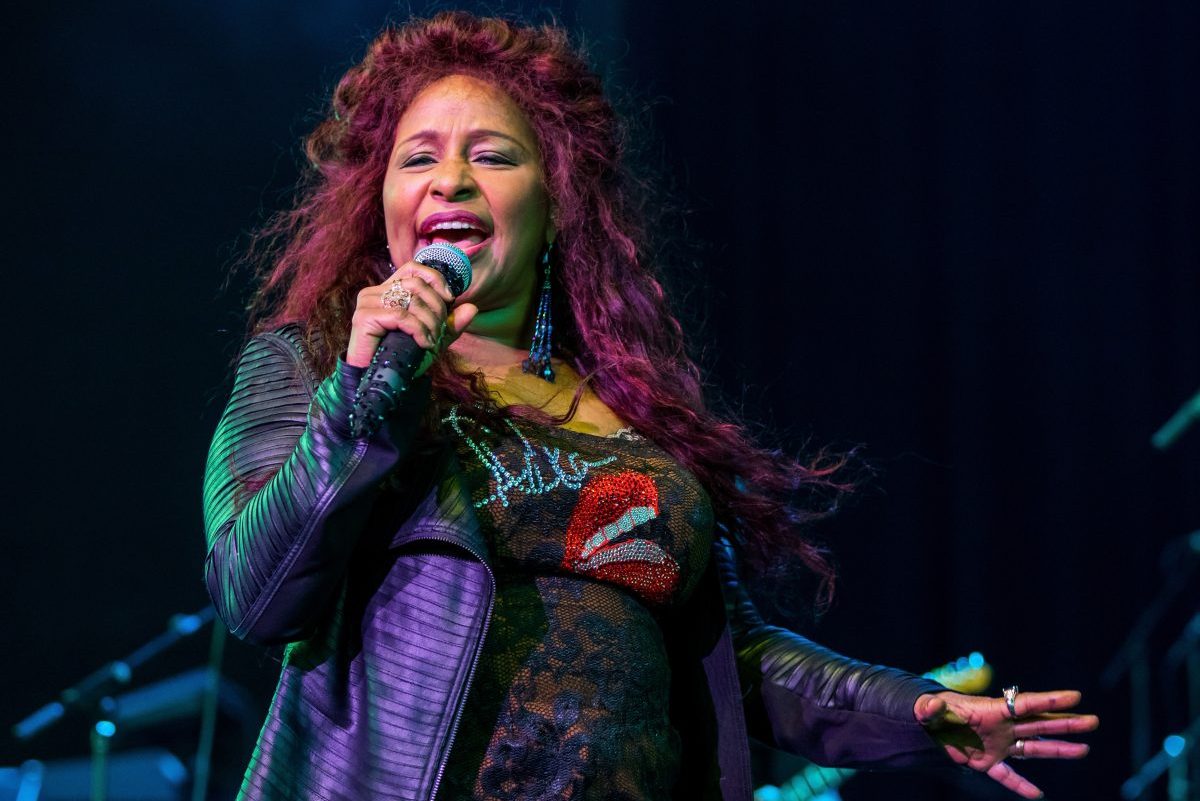 Range, range, and more range. That’s how one would describe the vocal talents of Chaka Khan, whose career spans over 40 years. She came in with disco and has adapted her music to reflect the changing sounds over the past several decades. Her strong voice continues to surprise and make others love her unique style.

She has influenced so many women, many of whom are on this list. She is another singer I’ve felt that has not received the accolades she deserves, but she is one of the best of all-time.

Throughout her career, she has won 10 Grammy awards and has sold an estimated 70 million records worldwide. VH1 [11] named her #17 on their original list of the “100 Greatest Women of Rock & Roll.”

Check out the next slide to see which British pop sensation is #4 on our list! 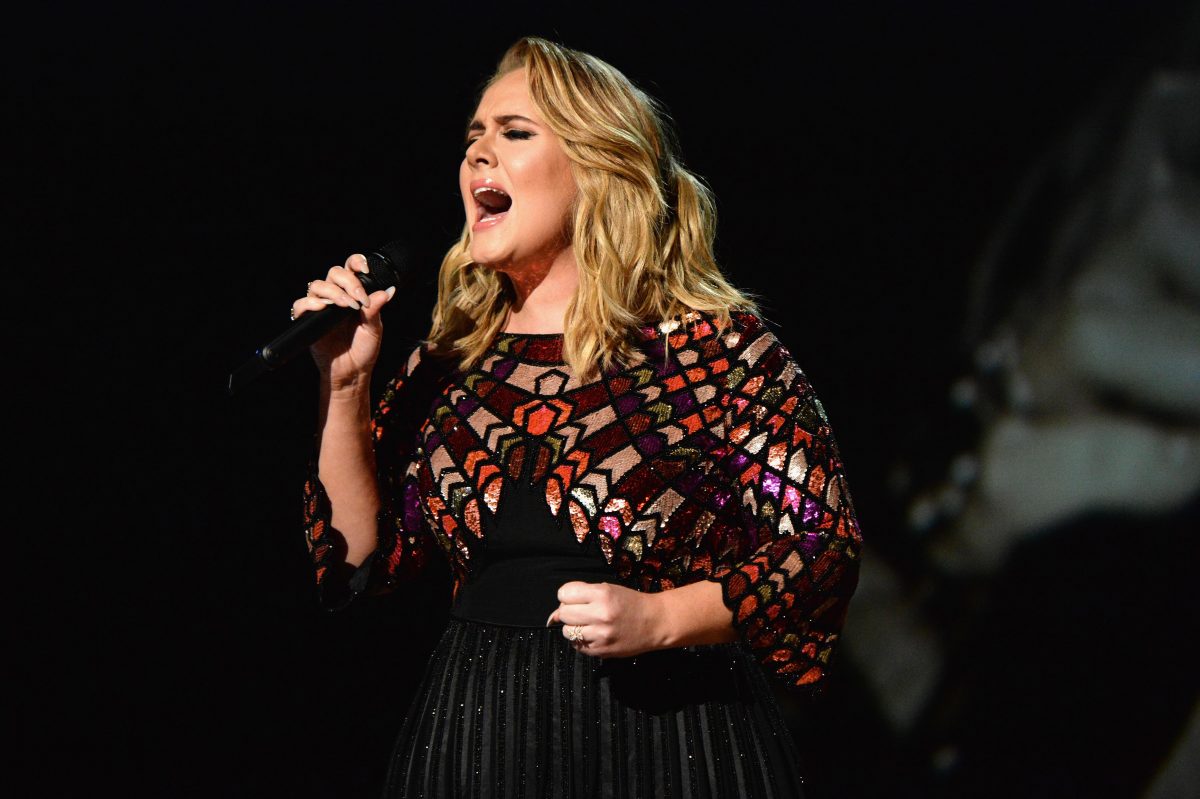 English-born singer Adele is perhaps the most successful female musician since she broke onto the scene in 2006. Adele says the Spice Girls were a major influence in her life and helped her love music.

Adele [12] has released three albums in her career, selling more than 58 million albums worldwide, with her 2011 album “21” selling an astonishing 31 million copies. For her three albums, Adele has won dozens of awards, including 15 Grammy Awards. Adele even won an Academy Award for her performance of “Skyfall” in 2011.

Adele has one of the most powerful and beautiful voices in the world, and there is no doubt that her next album will smash records, just like her previous three albums did. 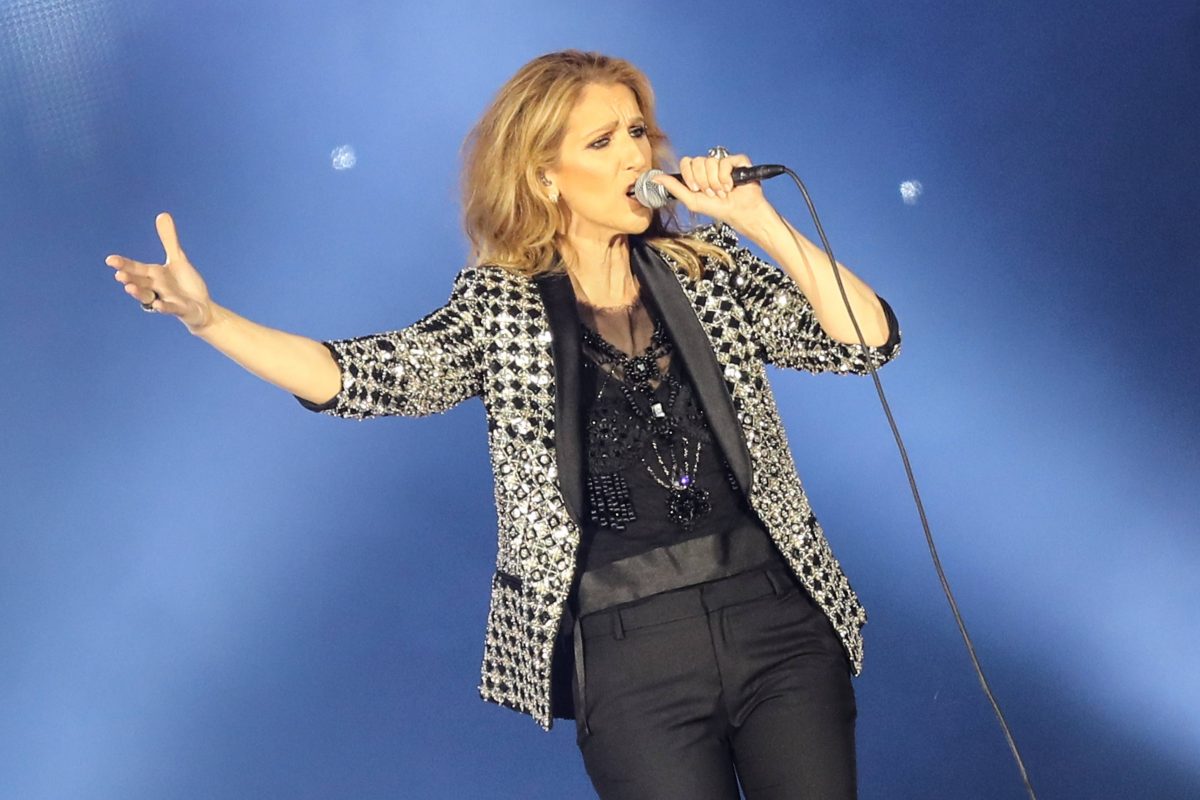 Celine Dion is the Voice of Vegas and has been a fixture in the city for more than a decade. In fact, her “A New Day…” Vegas concert, which lasted from 2003-2007, is the most successful concert residency of all-time, grossing $385 million.

Since entering the music industry in 1980, Dion [13] has released 11 English-language albums and 15 French-language albums. Dion is considered one of pop music’s most influential voices and has won five Grammy Awards during her career. Her most successful album to date was “Falling Into You” which was released in 1996 and has sold more than 32 million copies worldwide.

Check out the next slide to see which gospel singer is #2 on our list! 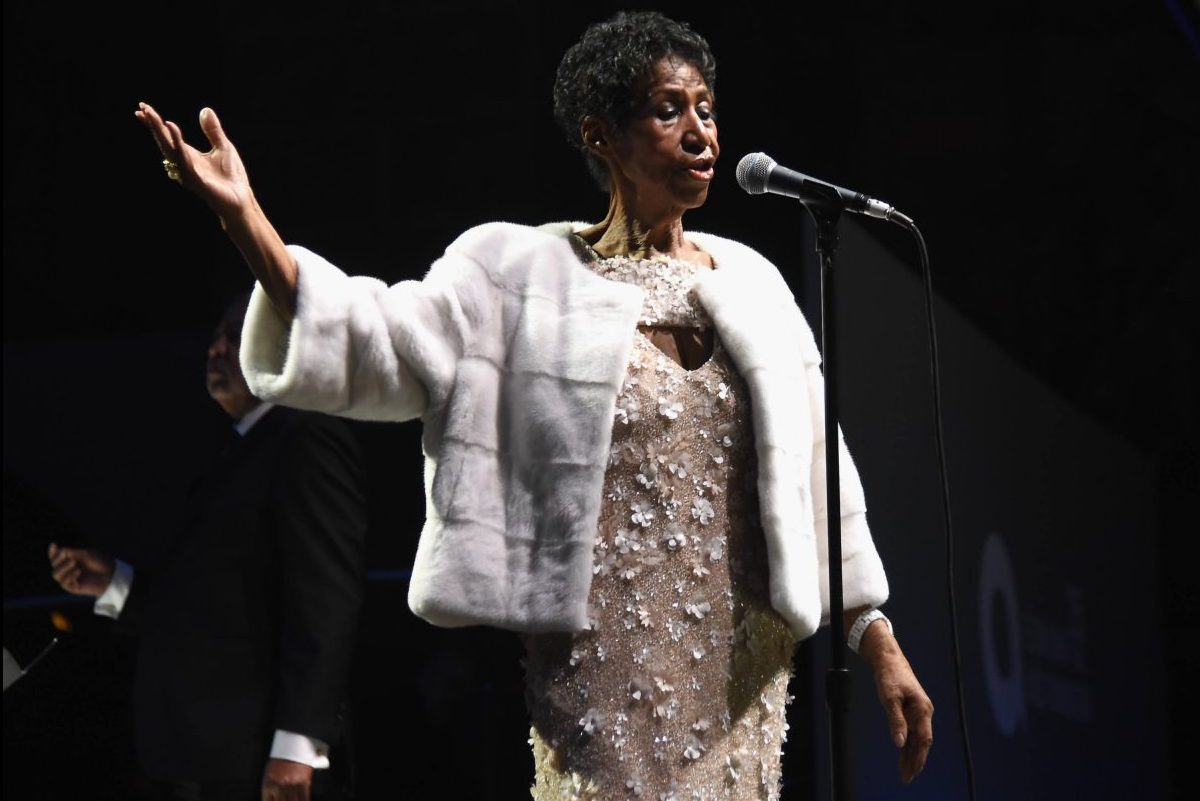 Aretha Franklin started out her career in her father’s church, and when she got older, he eventually allowed her to sing secular music while he watched over her career.

Franklin originally signed with Columbia Records and only achieved modest success. After signing with Atlantic Records in 1967, Franklin achieved commercial acclaim and success with songs such as “Respect,” “A Rose Is Still A Rose,” and “Rock Steady.”

Franklin [14] merged gospel with R&B in a way that had never been done before. Her unique style of music propelled her above so many singers, making her a worldwide superstar.

Check out our next slide to see which music legend earned the coveted #1 spot on our list! 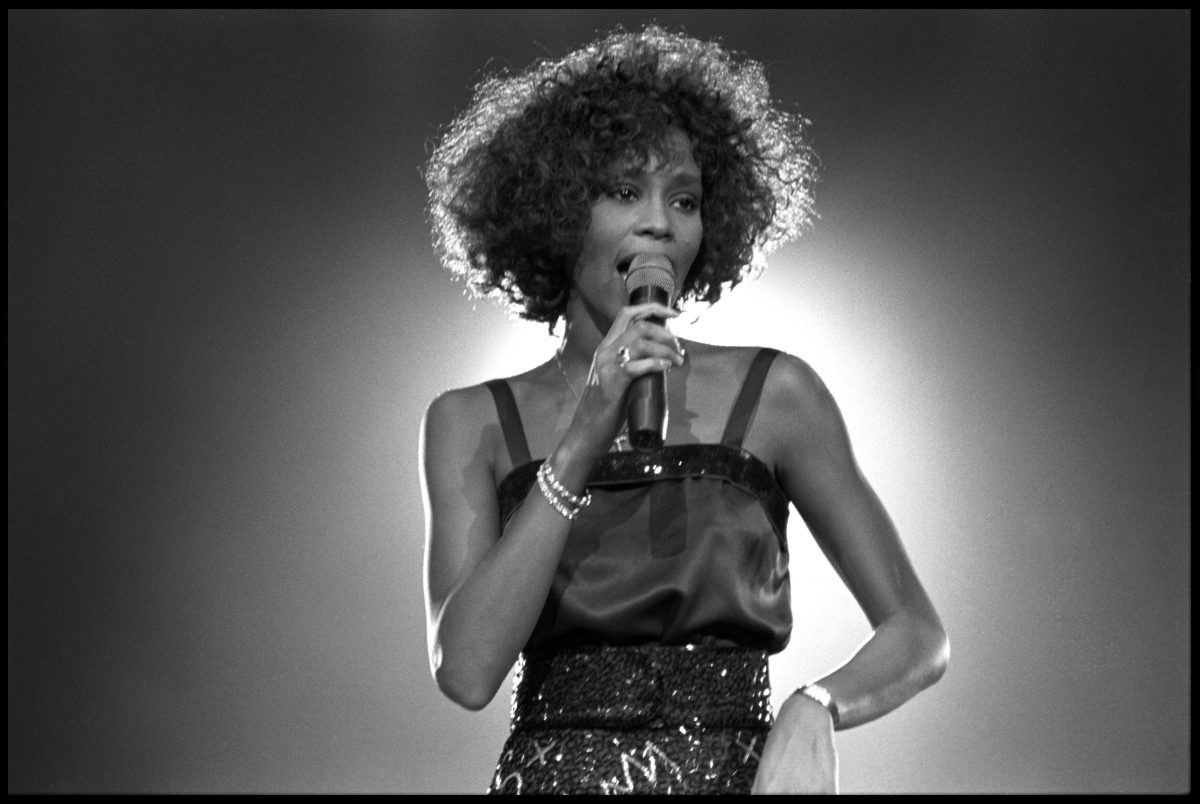 Whitney Houston, like Aretha Franklin, started out in church singing under her mother’s management. She took the entire music industry by storm when she signed with Clive Davis.

During her career, Houston [15] sang with many top stars in different genres of music, helping her become an international star. Houston also became a movie star when she co-starred with Kevin Costner in The Bodyguard.

In 2009, Guinness World Records cited her as the most awarded female act of all time. Houston is one of pop music’s best-selling music artists of all-time, with an estimated 170-200 million records sold worldwide.

She truly is the greatest female singer of all-time and her legacy will undoubtedly live on for decades!