20 Celebrity Children Who Look Just Like Their Famous Parents

Hollywood stars are not just known for their talent but also their iconic looks, and these celebrity children turn heards with their striking resemblance.

Many of the biggest Hollywood stars are known for their iconic look. And some of their offspring have inherited their famous parent’s more recognizable traits. Hollywood giants like Clint Eastwood, Meryl Streep, Johnny Depp, Cindy Crawford, Reese Witherspoon, Kim Basinger and more all managed to produce their spitting image. You might just have to do a double-take with some of these doppelganger celebrity children! 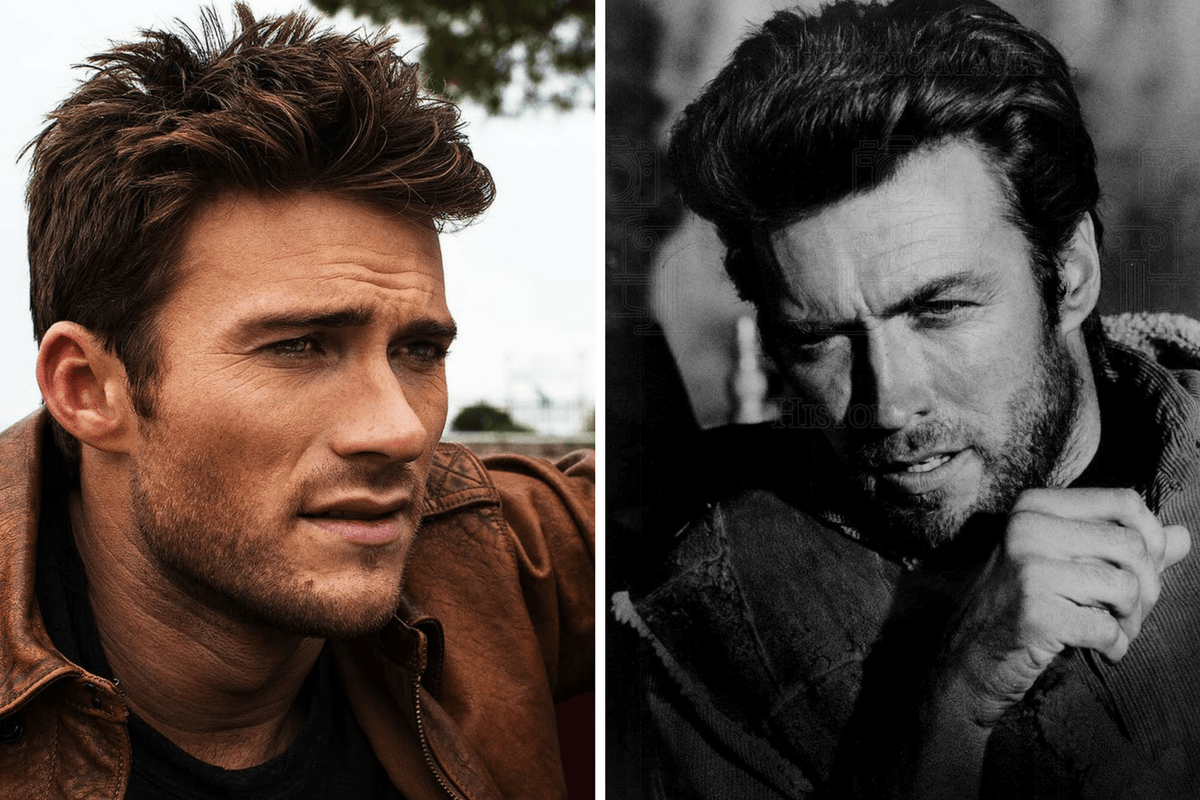 Pictured above is Scott, age 31, next to Clint in 1965 at age 35. Clint’s smoldering son Scott made a name for himself in Hollywood with a swoon-worthy role in The Longest Ride. 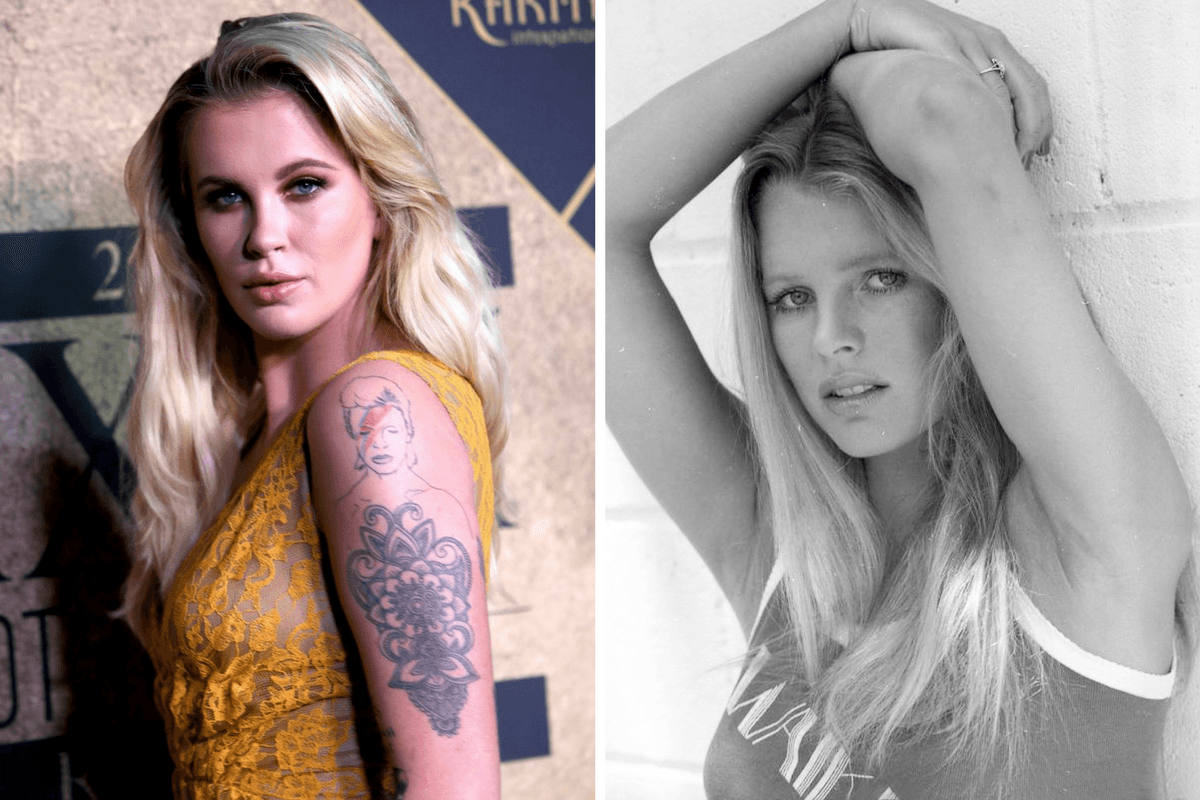 Ireland Baldwin, daughter of actor Alec Baldwin and model/actress Kim Basinger, is looking more and more like her mom the older she gets.

Unsurprisingly, she’s also followed in her mom’s footsteps and taken up a modeling career. Here they are both pictured in their early 20s. 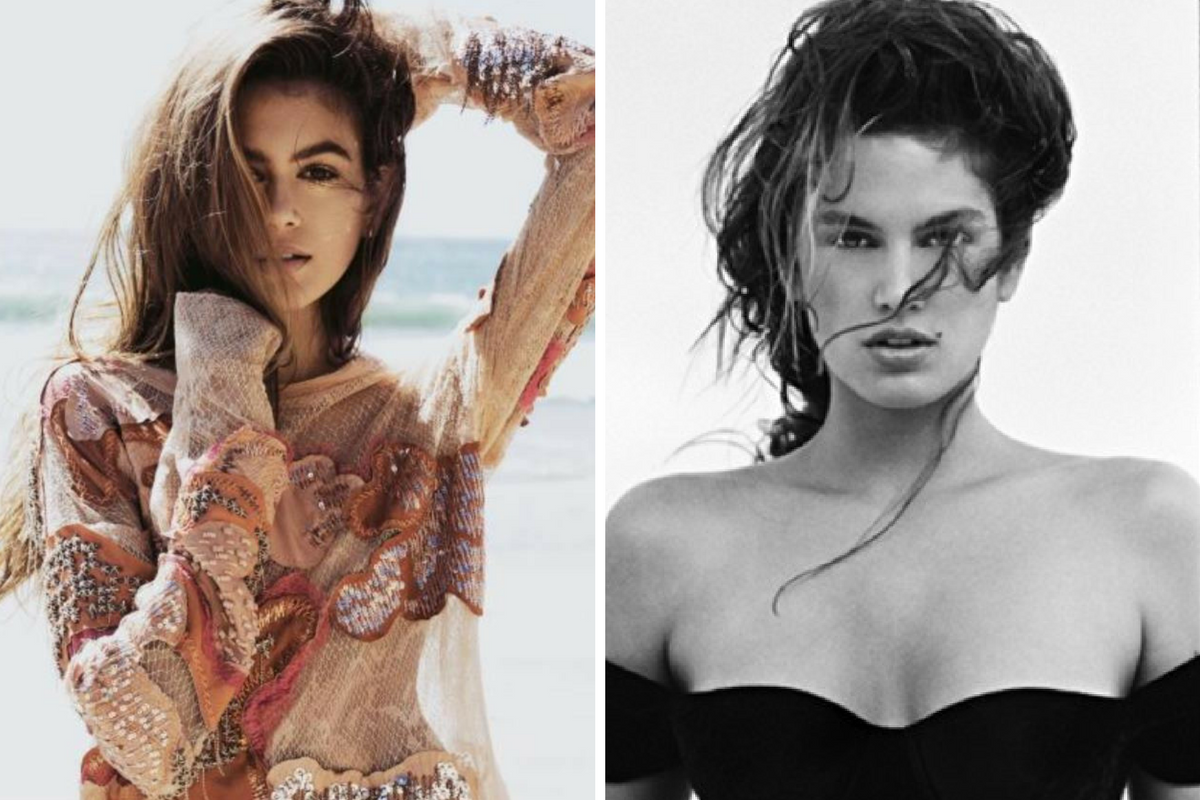 The apple sure didn’t fall far from the tree when it comes to Cindy Crawford and her daughter, Kaia Gerber.

Kaia is following in her mom’s footsteps and already has a successful modeling career at age 16. As you can see, she strongly resembles her supermodel mom, pictured right in 1991 at age 25. 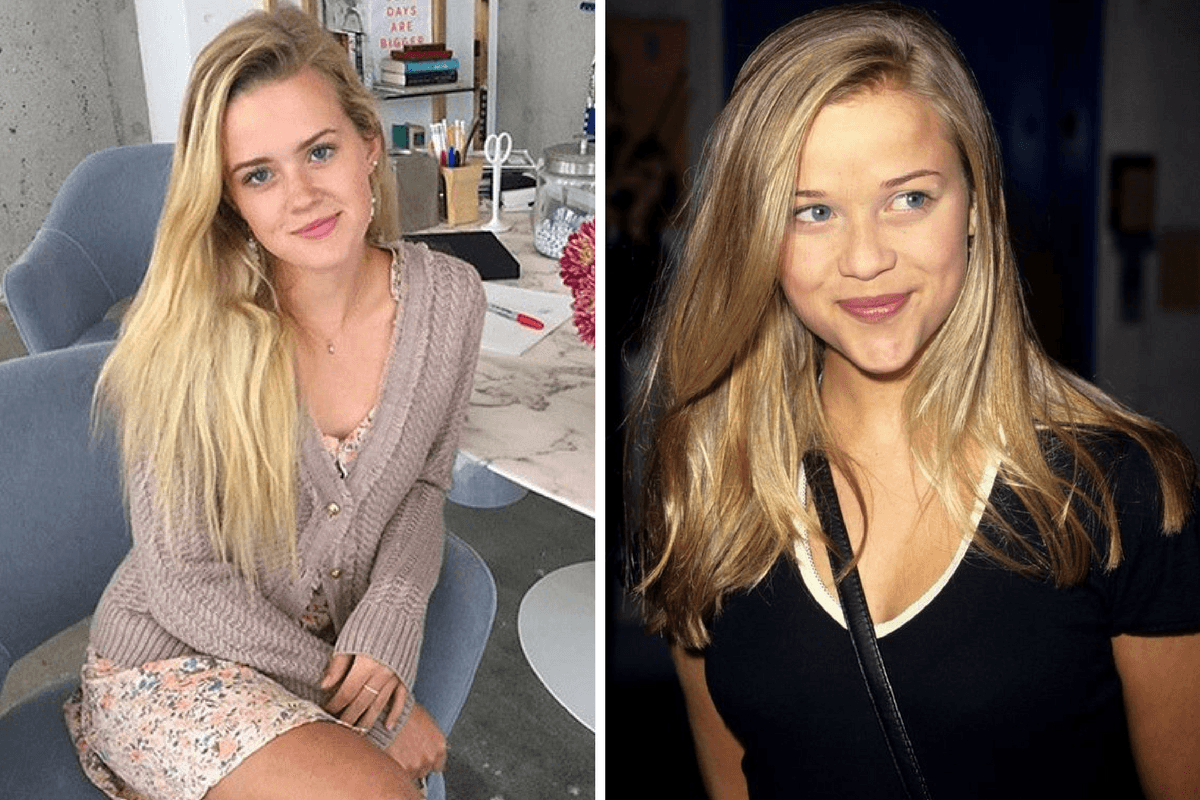 Ava Elizabeth Phillippe takes after both of her parents, actors Ryan Phillippe and Reese Witherspoon.

But the 18-year-old (pictured left) looks nearly identical to Reese when she was the same age (pictured right, 1994). A photographer even mistook Ava for her mother at the Emmys. 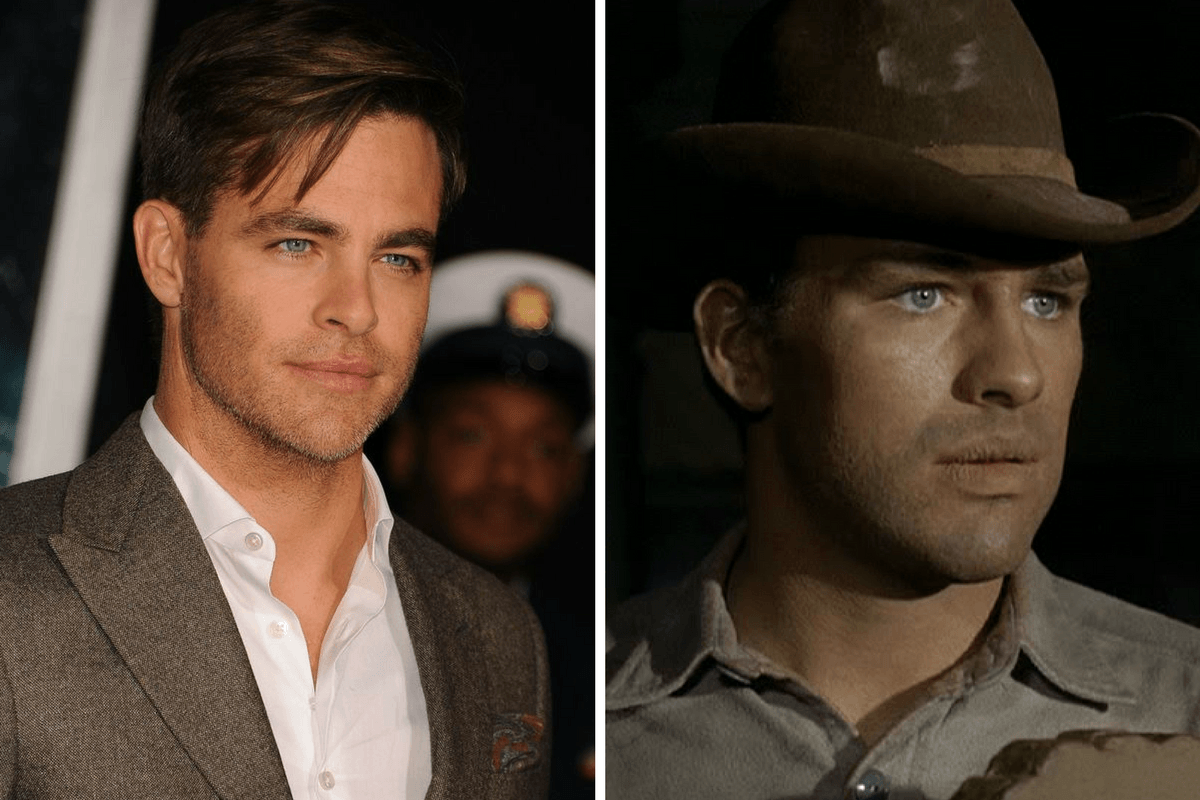 Robert Pine is an actor most known for his role as Sgt. Joseph Getraer on the hit television show CHiPs.

His son, Chris Pine, is also a successful actor who’s had numerous roles in films like the Star Trek franchise and Wonder Woman. And as you can see, Chris bears a striking resemblance to his dad at his age. 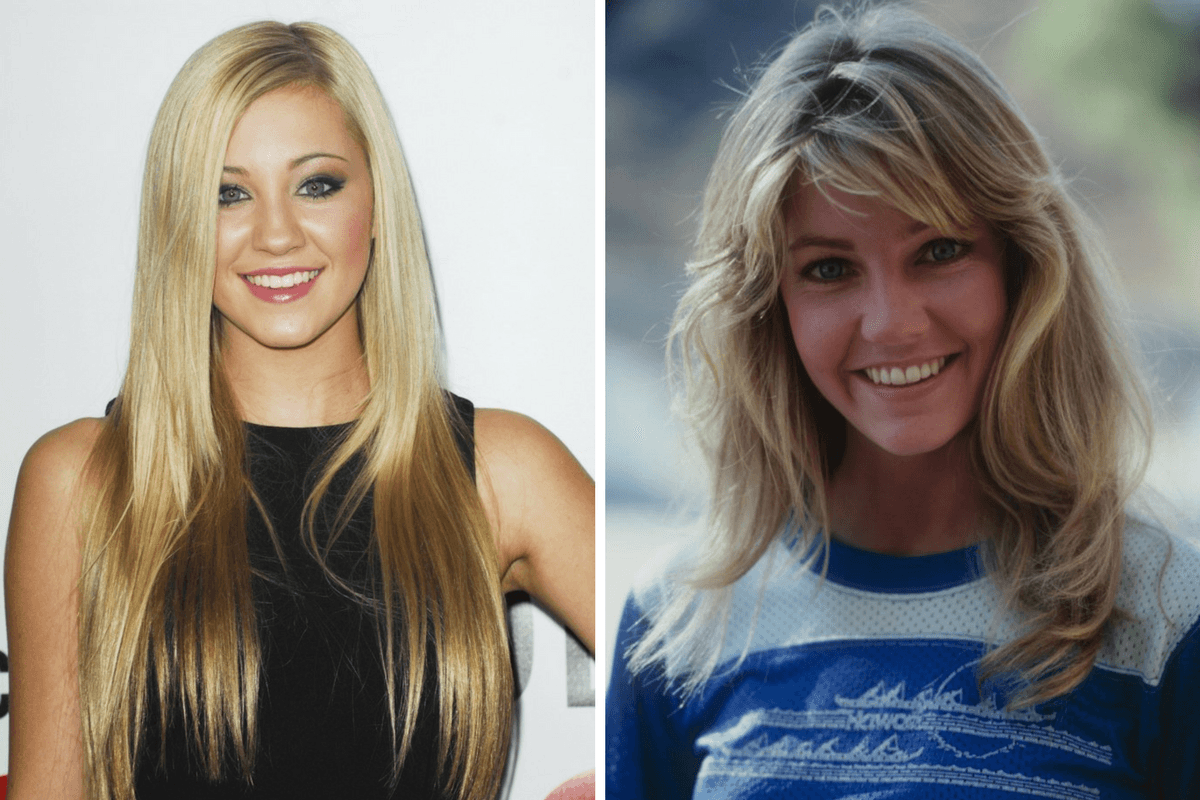 Ava Sambora, daughter of Bon Jovi guitarist Richie Sambora and actress Heather Locklear, might be the only daughter of a rocker on this list who doesn’t take after her dad in the looks department.

Clearly, 20-year-old Ava looks very similar to how her mother did when she was the same age. She’s also following in her mother’s footsteps career-wise, having appeared in both a movie and TV show already.

Georgia May Jagger and Mick Jagger 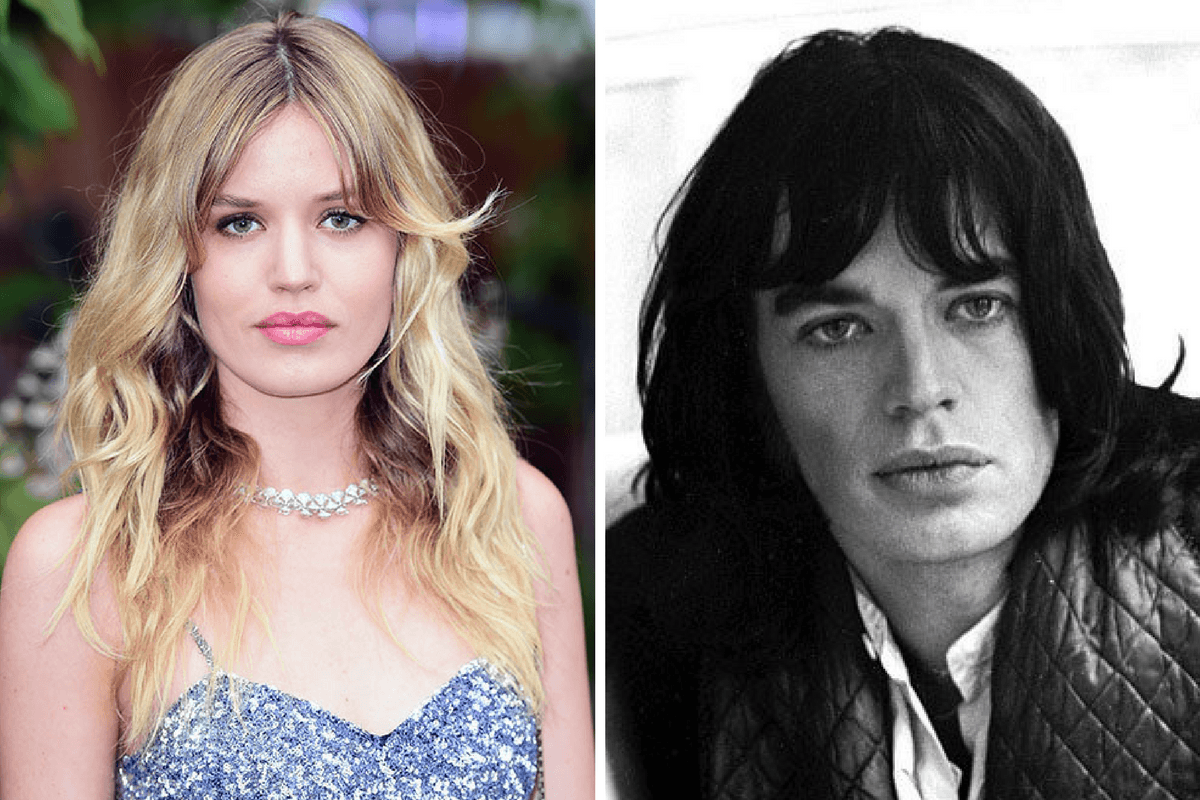 Daughters don’t always look like their mothers. Sometimes they take after their father, and that’s definitely the case with Georgia May Jagger and Rolling Stones frontman Mick Jagger.

Georgia May, 25, is the spitting image of her father at the same age – and not just because of those lips. Career-wise, however, Georgia May has taken after her mother, model Jerry Hall. 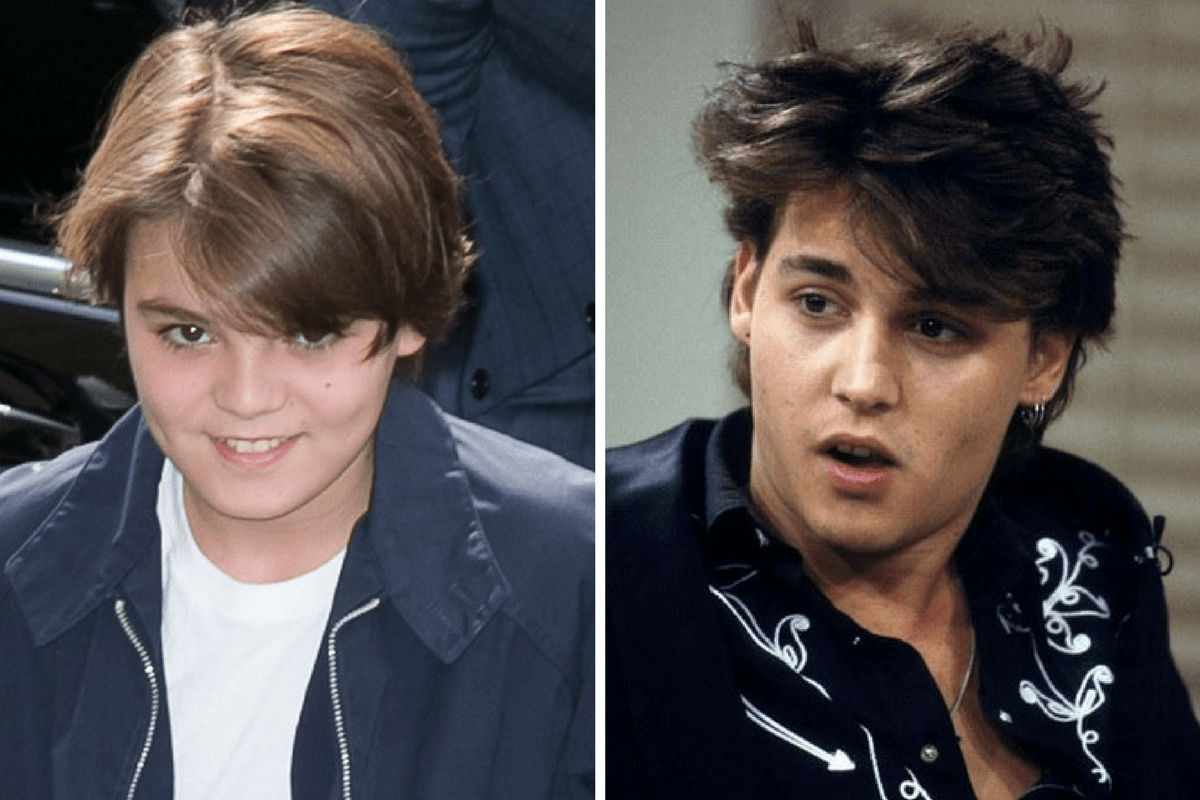 Lily-Rose looks exactly like her mother… and her younger brother, Jack Depp, looks exactly like their father, Johnny Depp. Jack is only 15 years old, so chances are he’ll look even more like his dad as he grows up and loses his baby fat.

Also, Jack was born in 2002; Pirates of the Caribbean, in which Johnny plays Captain Jack Sparrow, came out in 2003. Is the name just a coincidence? 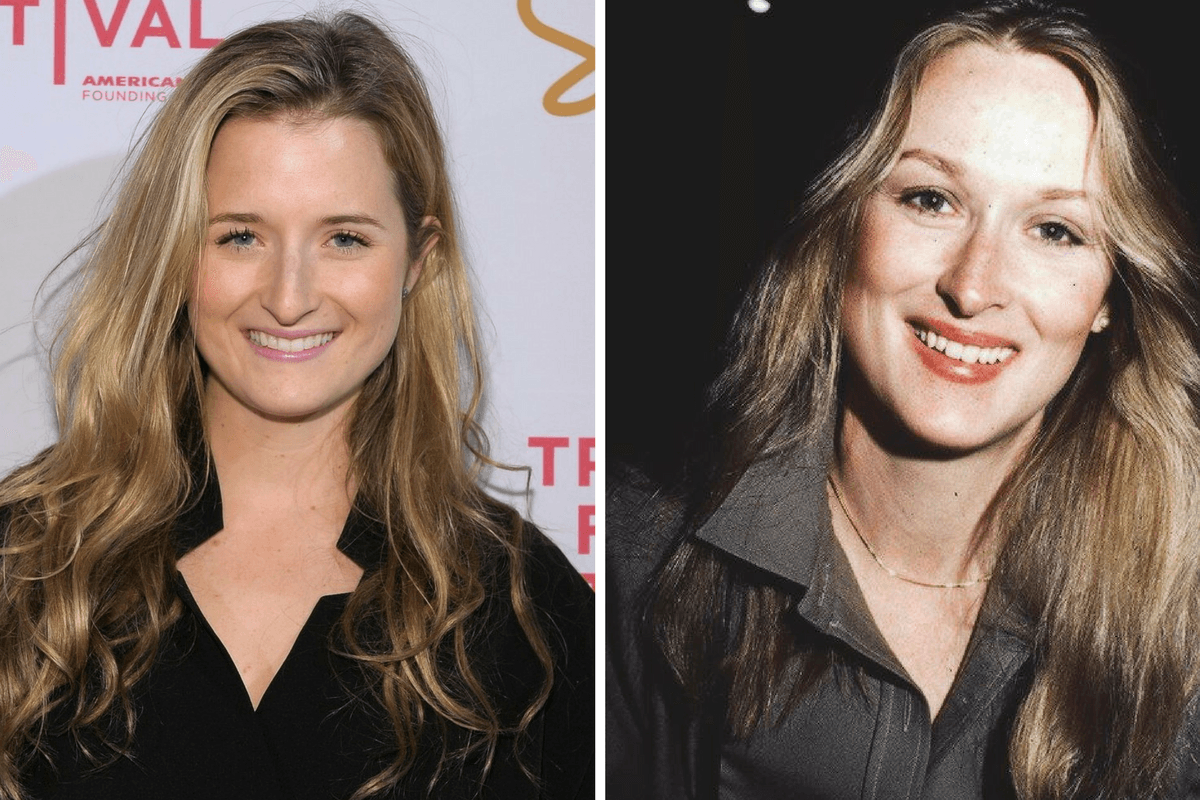 Oscar-winning actress Meryl Streep has three daughters who all bear a striking resemblance to her.

However, whereas most people think eldest daughter Mamie Gummer is the one who looks most like Meryl, we’re arguing that it’s middle daughter Grace who most resembles mom. Here they are both pictured in their 30s. 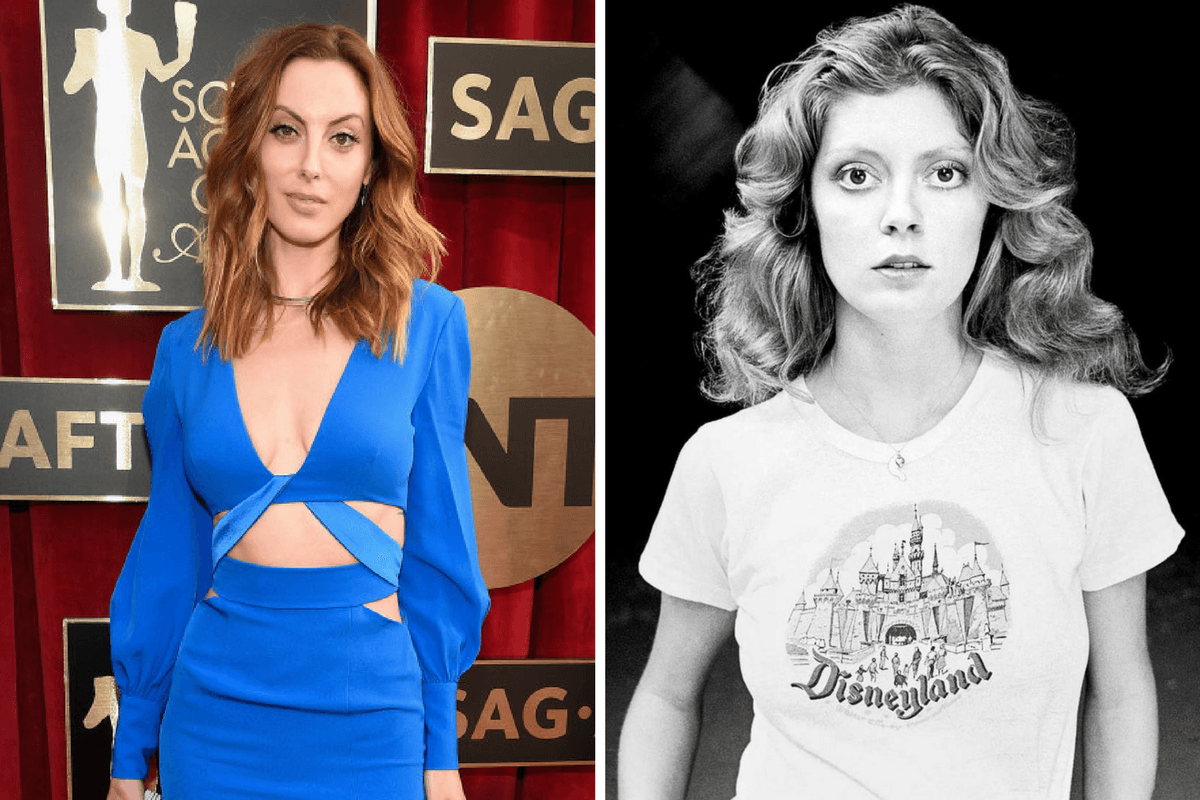 Actress Susan Sarandon is beloved for her roles in films like The Rocky Horror Picture Show, Bull Durham, and Thelma & Louise.

Her daughter, actress Eva Amurri Martino, hasn’t had nearly as prolific a career as her mother – but she sure takes after her in the looks department. 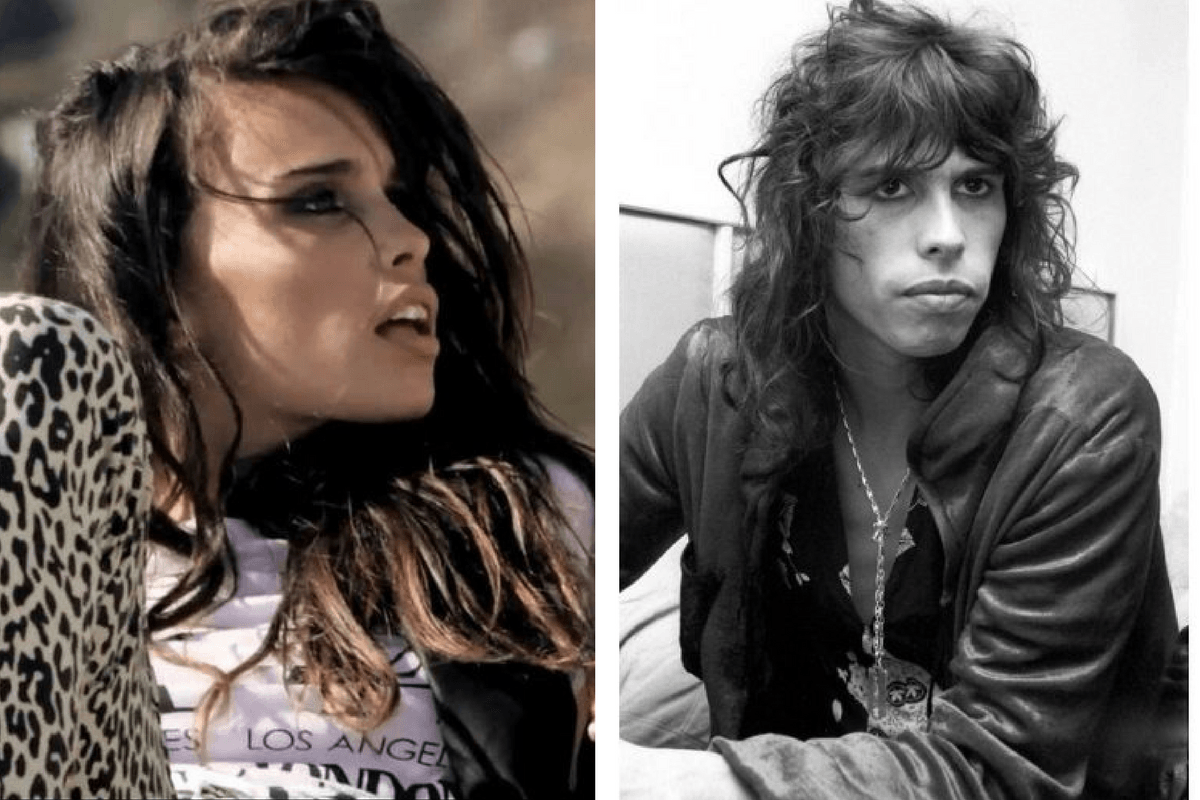 Liv Tyler might be the most famous of Aerosmith frontman Steven Tyler’s offspring, but he has another daughter who looks far more like him than Liv does.

Chelsea Tallarico is Tyler’s youngest daughter and his first child with second wife Teresa Barrick. As you can see above, she’s definitely her father’s daughter. 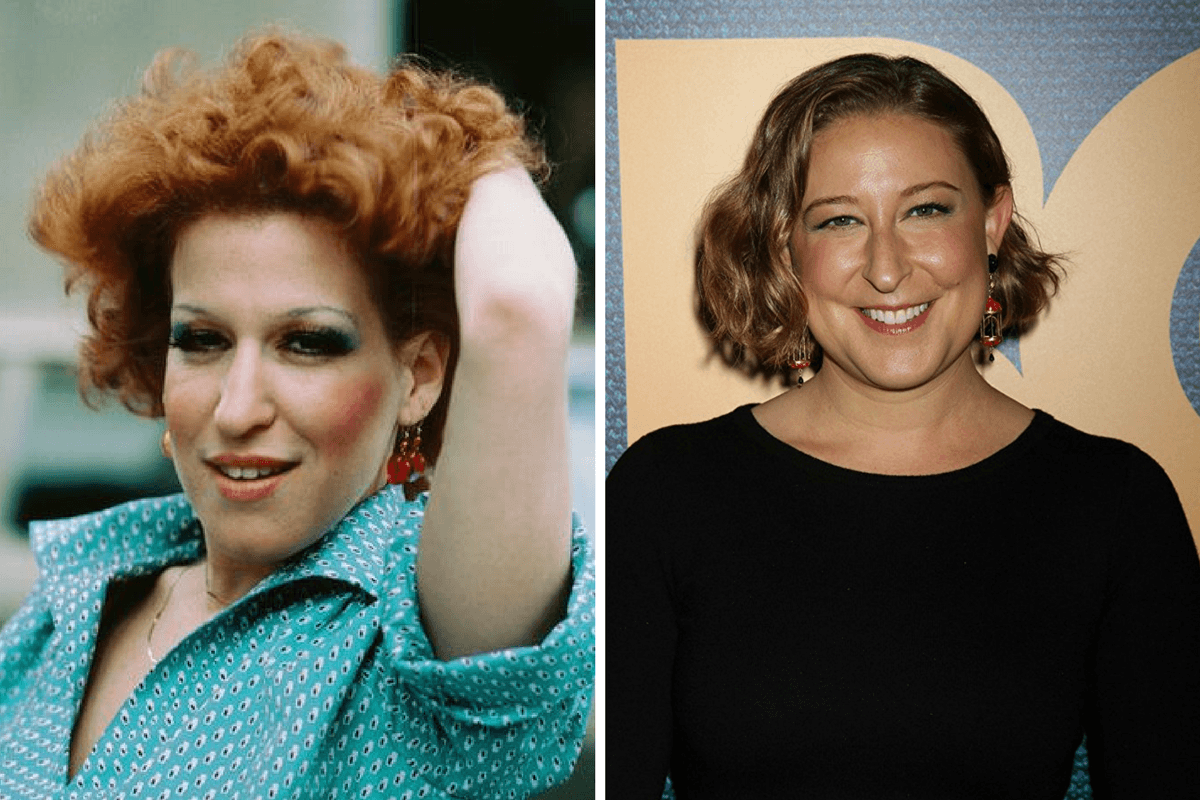 She earned a degree from Yale in sociology and East Asian studies and worked for an ad agency in China before returning to Yale to study at the drama school. Her acting career didn’t pick up until 2015, but there’s no doubting whose daughter she is. 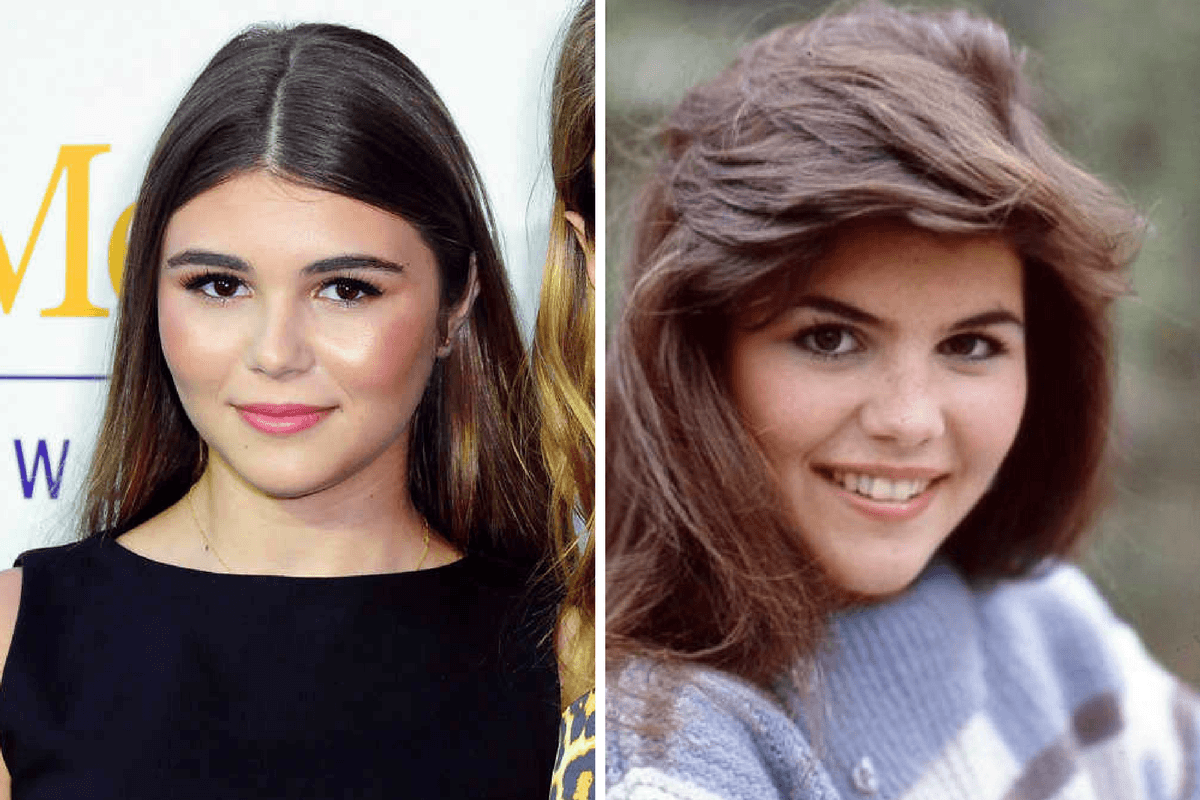 Actress Lori Loughlin is best known for her role as Rebecca on the beloved sitcom Full House, and her youngest daughter, Olivia Giannulli, could be her twin.

Olivia, whose father is fashion designer Mossimo Giannulli, hasn’t expressed an interest in acting just yet, but she does have a successful YouTube beauty channel with more than a million subscribers. 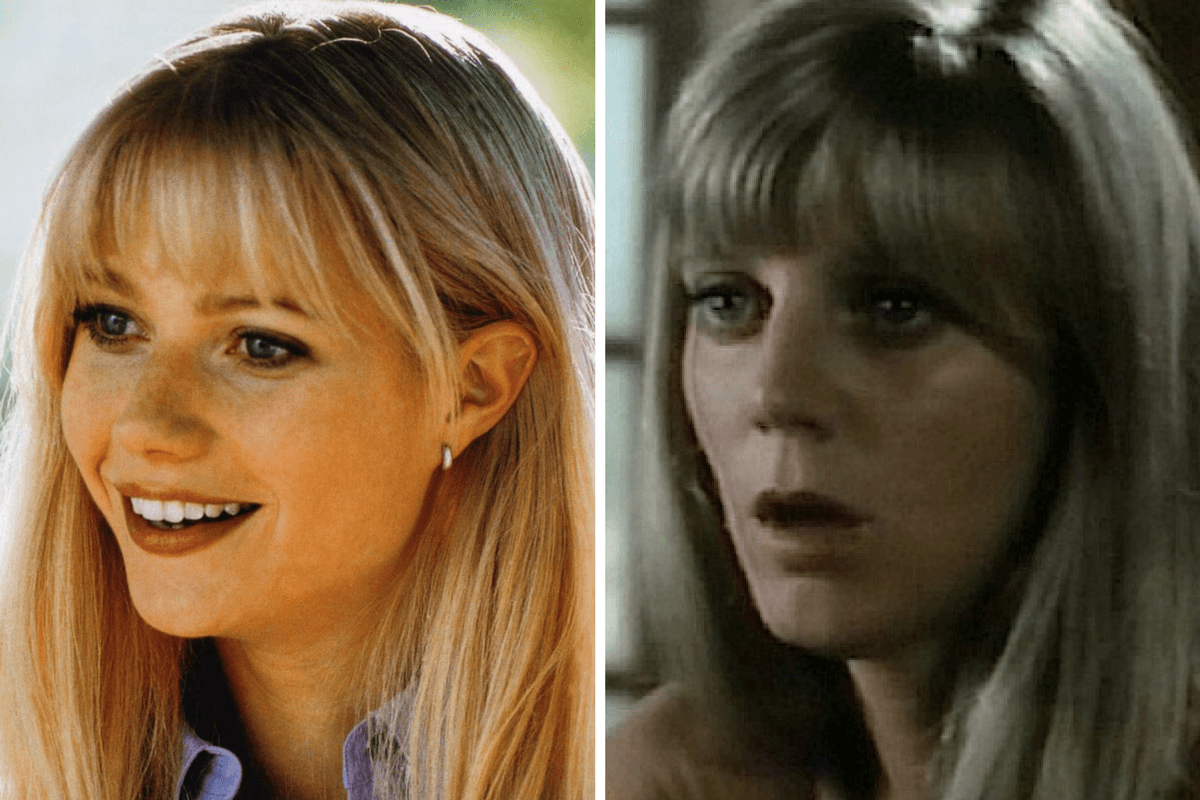 Some celebrity children have even eclipsed their parents in fame. The resemblance between mother-daughter actresses Blythe Danner and Gwyneth Paltrow isn’t quite as obvious as some of the others on this list, but it’s definitely there.

Paltrow, pictured here at age 29 in the 2001 film Shallow Hal, sported a nearly identical haircut to that of her mother at the same age in the 1972 film To Kill a Clown. 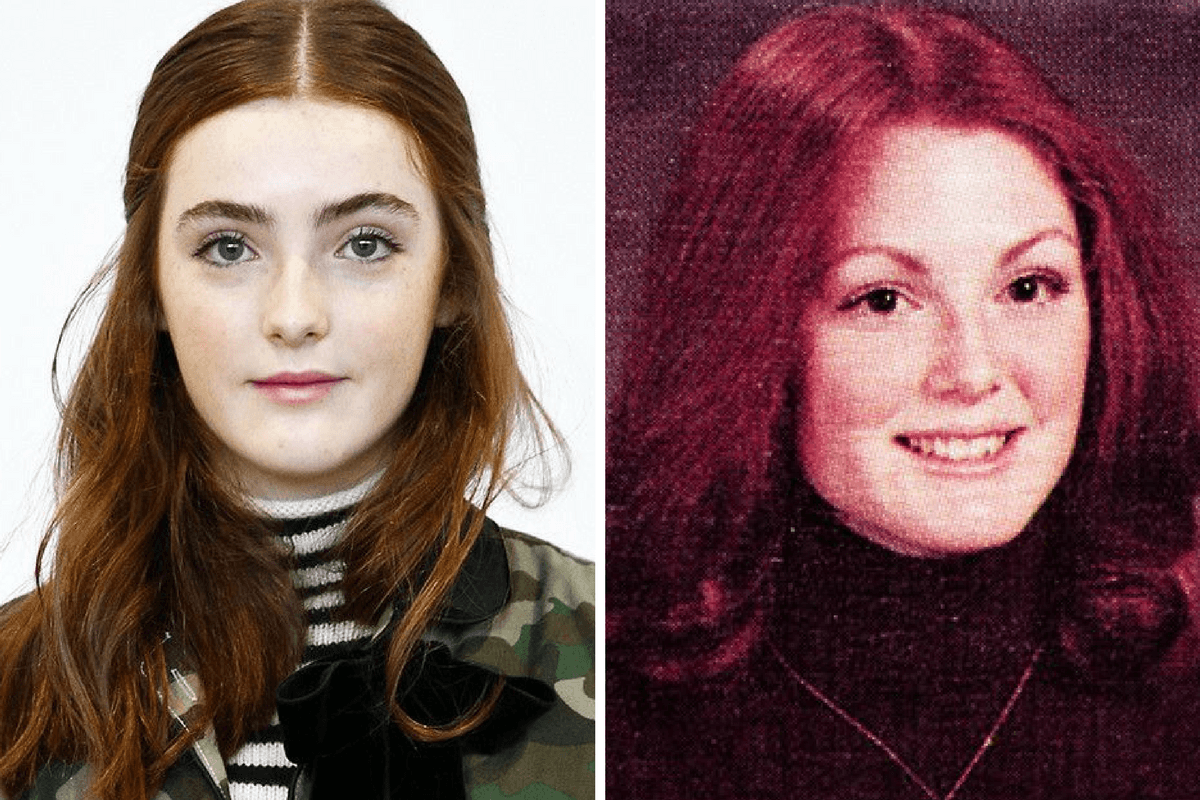 At 15, Liv was a dead ringer for the teen version of her award-winning mom.

And, because Moore basically hasn’t aged since high school, the mother-daughter pair still look like they could be sisters! 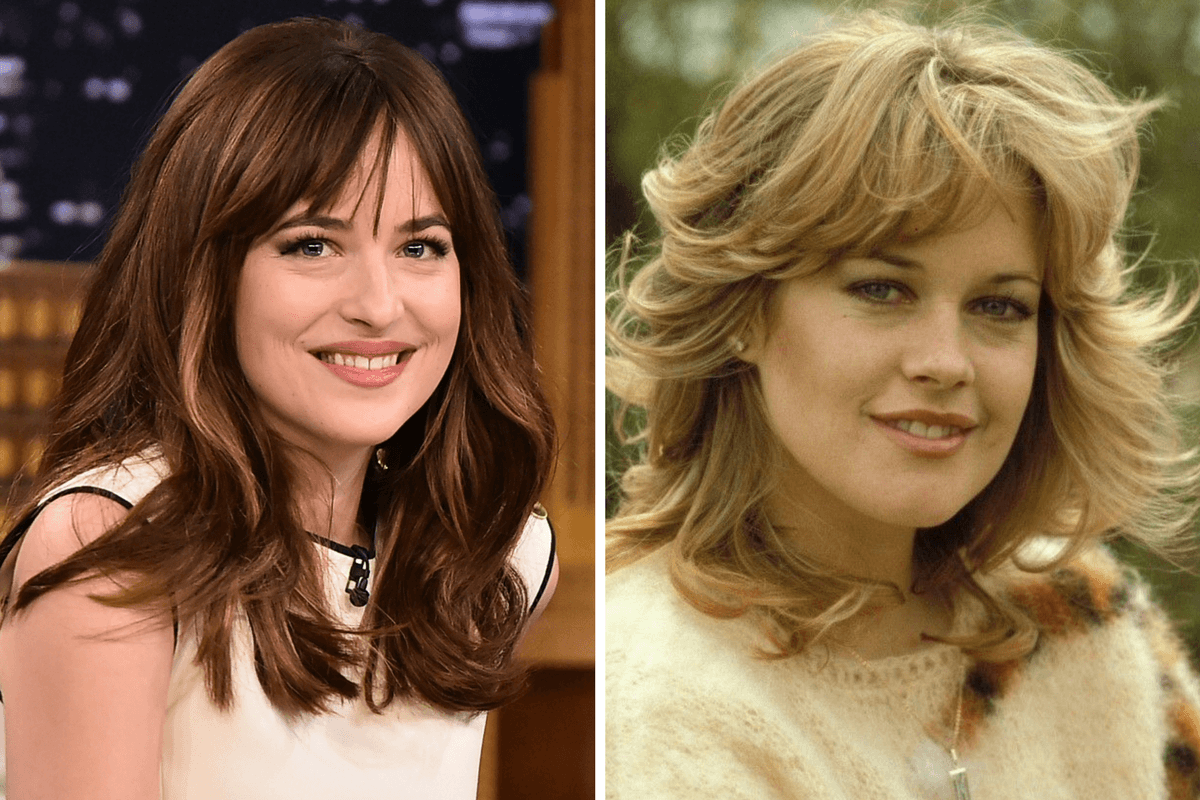 Actress Dakota Johnson, who shot to fame following her role as Anastasia Steele in the Fifty Shades of Grey film franchise, is the daughter of actors Don Johnson and Melanie Griffith.

While Griffith has admitted to having plastic surgery throughout her years, Dakota bears a clear resemblance to her mother in her younger days. 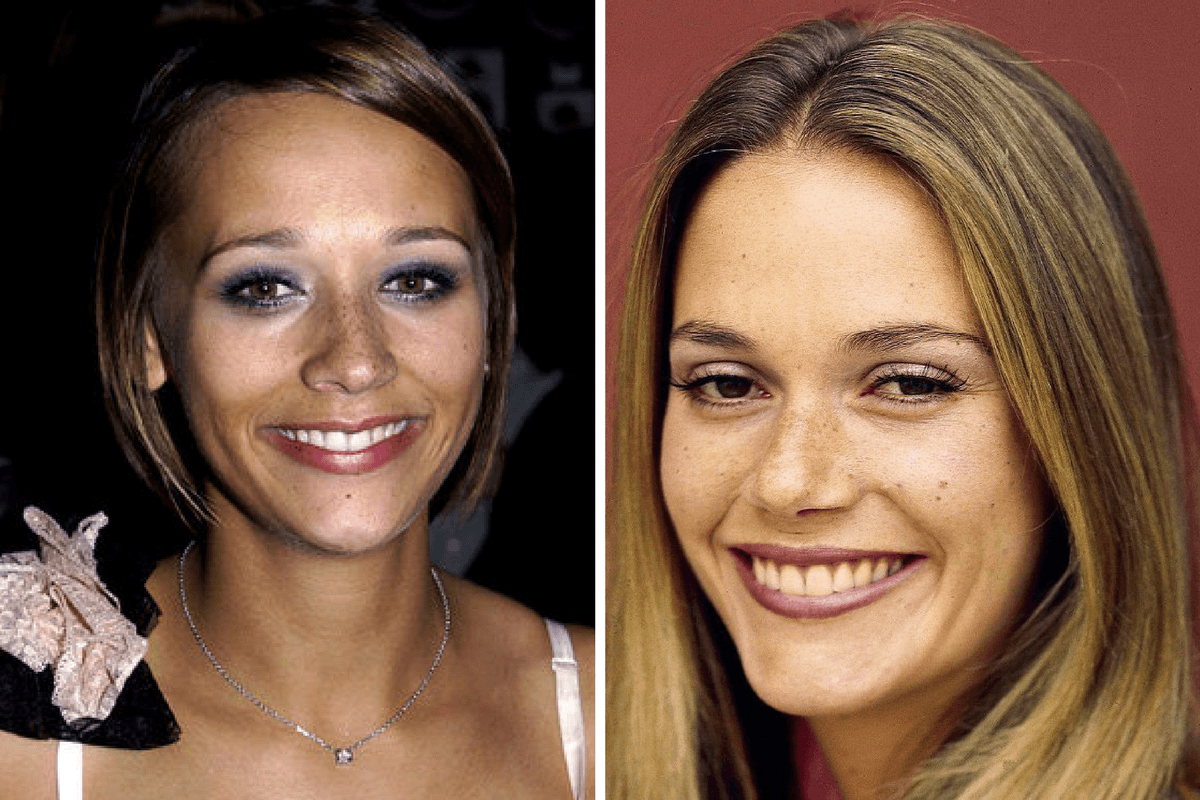 Fans know actress Rashida Jones, daughter of musician Quincy Jones and actress Peggy Lipton, from her roles on comedies like The Office and Parks and Recreation.

And as you can see in the photos above, Rashida inherited both her mother’s smile and her freckles. 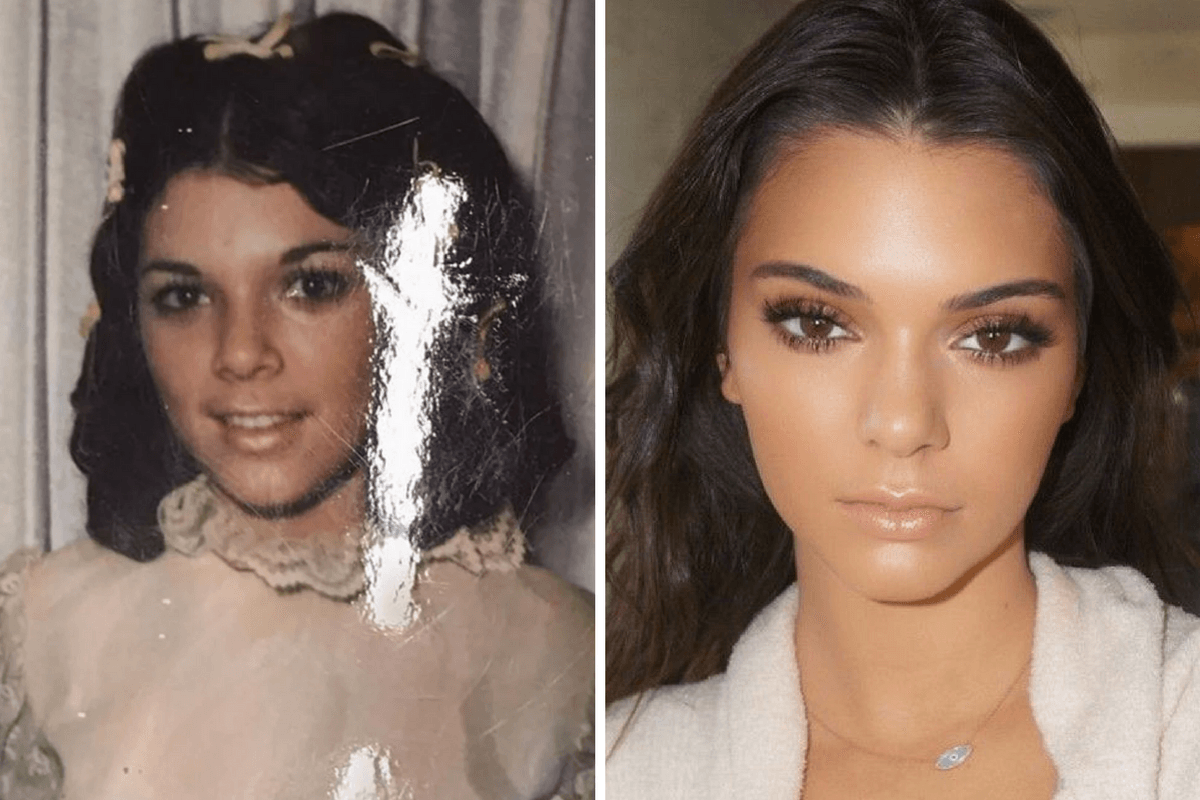 Despite being a worldwide fashion model, Kendall Jenner somehow manages to keep a much lower profile than her other famous family members.

That being said, you might not have noticed that she bears a strong resemblance to her mom, Kris Jenner, when she was her age. Here they are pictured in their teens/early 20s. 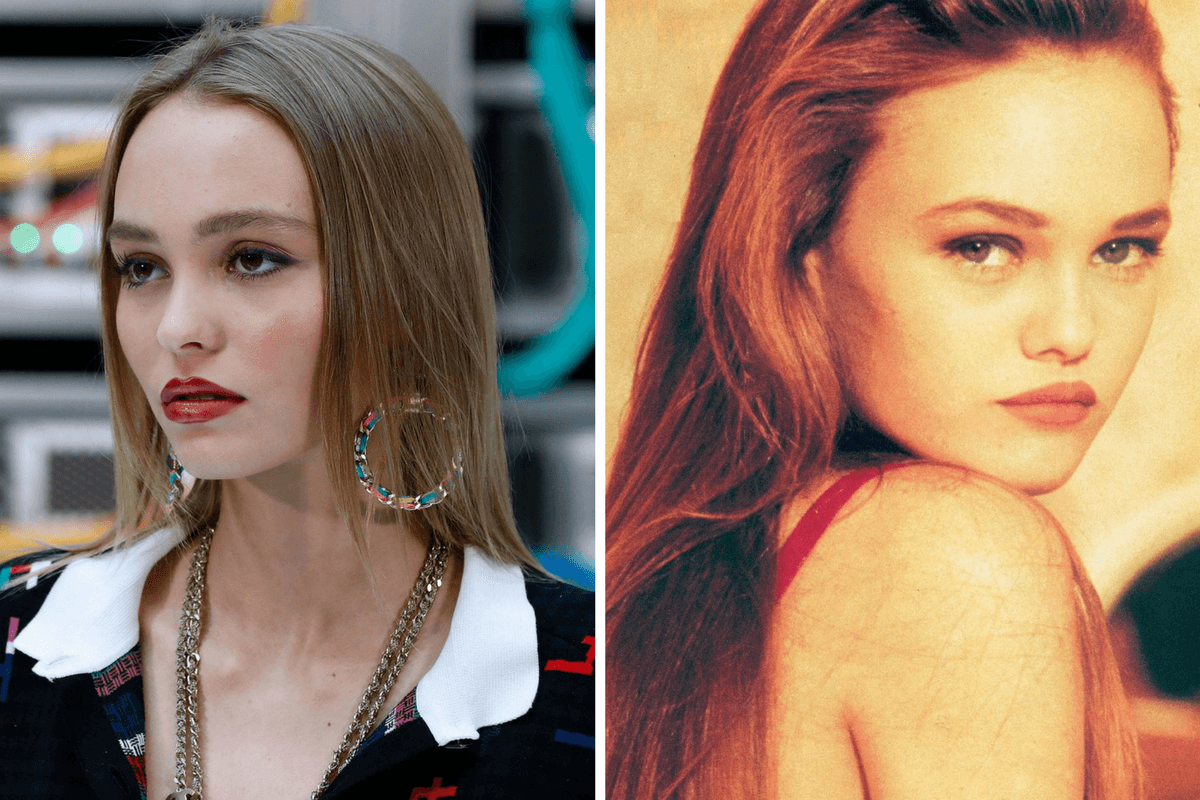 We don’t blame you if you had to do a double-take. Lily-Rose Depp (pictured left), daughter of actor Johnny Depp and French singer-songwriter and model Vanessa Paradis (pictured right), looks nearly identical to her mother at age 18.

Besides their looks, Lily-Rose also inherited her parents’ talents, dabbling in both modeling and acting. 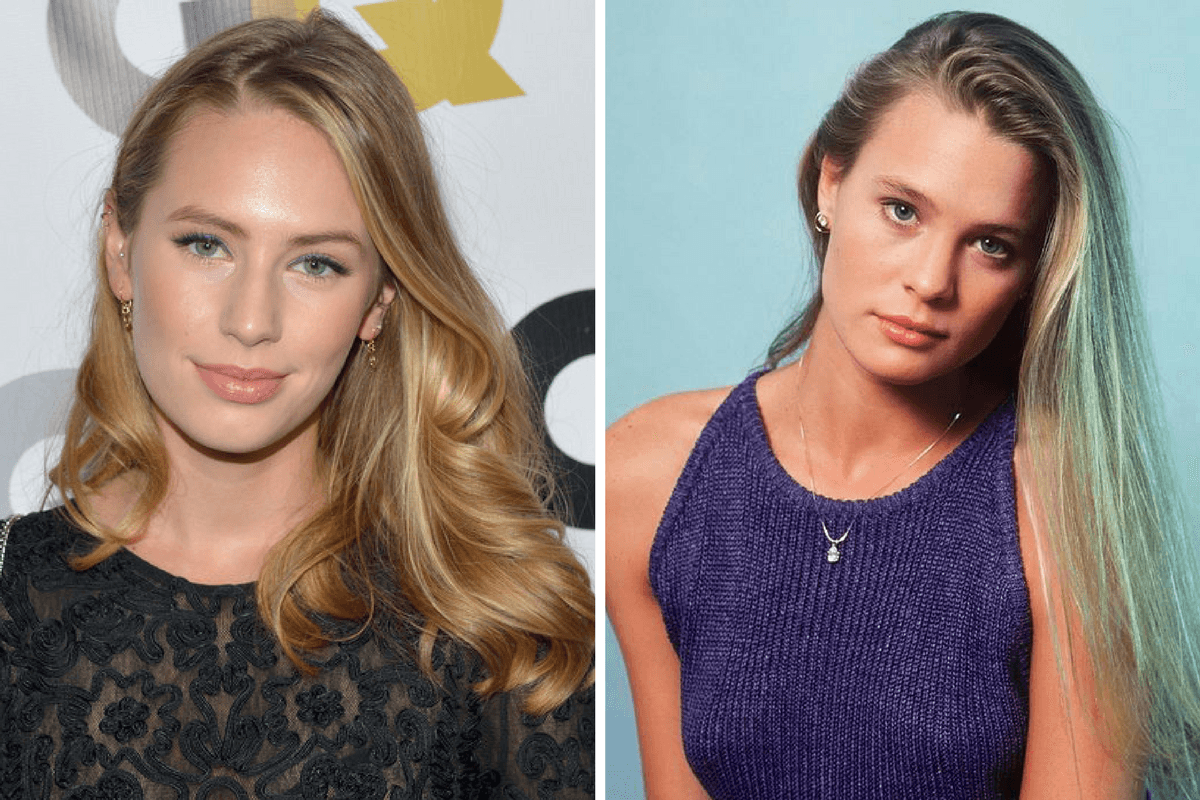 Dylan Penn (pictured left) is the daughter of actors Sean Penn and Robin Wright (pictured right) – and lucky for her, she took after her mom in the looks department.

While Dylan has had a few acting roles, it doesn’t seem like she’ll follow in the footsteps of her award-winning parents. Instead, it appears she’s more focused on modeling.

The resemblance between these celebrity children and their high profile parents are just uncanny.

Mads Mikkelsen Says Johnny Depp “Might” Return To Role Of Grindelwald In ‘Fantastic Beasts’ Franchise: “He Won The Suit, Let’s See If He Comes Back”