Malia Obama was spotted in a NYC bar, where she accosted a conservative reporter. The reporter was removed while Obama, despite not being 21, stayed.

Former President Obama’s oldest daughter Malia might be out of the White House, but she still seems to think she gets extra perks.

The 18-year-old saw a conservative White House reporter in a SoHo bar for people 21-years and up. She apparently accosted Gateway Pundit’s Lucian Wintrich who was at a party with his friends.

I'm not even joking, I'm no @CNN #fakenews, Malia Obama just screamed at me after confirming my identity – one off my bucket list.

Again, for the record, 18 year old Malia Obama literally scolded me for being in the same (21+) lounge in NYC as her ?? #BadParenting

Again, Malia Obama is at the party my friend is hosting in SoHo; she just literally started yelling at me lol

Malia said to Lucian: “If you wanna have a conversation, let’s sit down, let’s have a real conversation.” When he agreed to speak with her, the oldest Obama daughter then yelled “I think you’re disgusting.” She was then promptly hauled off by her security detail.

Lucian and Martina weren’t the only ones tweeting about this. A tweet with a video is below.

In typical New York City fashion, the person being screamed at by the Obama daughter was the one ejected from the club. Funny since Malia’s age should have prevented her from being there in the first place.

SO management of Parlor in NYC told me to delete the Malia Obama shoulder pic from all my of social media or I'd be banned; GUESS I'M BANNED pic.twitter.com/ns8T2oZP87

The rules just don’t seem to apply to the Obamas. An average person her age would not have gained entrance.

Are we really surprised at this behavior? She didn’t even seem to care when she was photographed exposing her backside in the photo below. 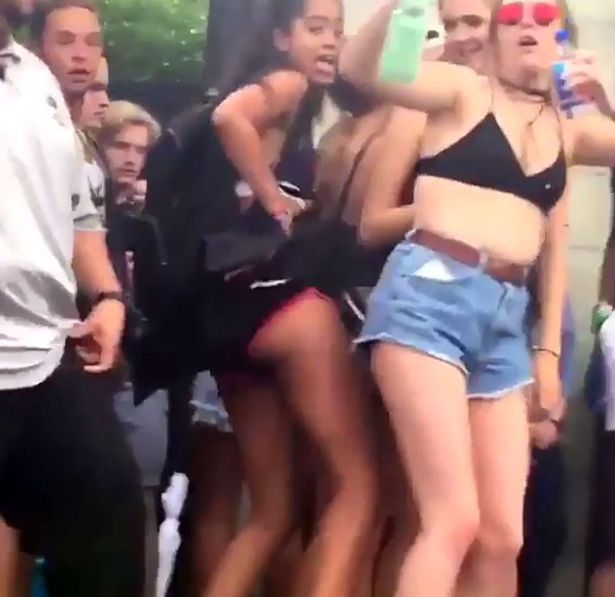 Share this if you have had enough of the Obamas’ entitled attitudes!