Nancy Reagan’s Final Words Are Revealed – Nobody Expected This

Patti Davis’s rocky relationship with her parents Ronald and Nancy Reagan was well documented. After Nancy’s death last Sunday, however, Patti appeared on the Today Show to reveal that she had finally made peace with her mother, and that they had become close before she died.

Davis told Today that her mother was not afraid to die, as she was looking forward to finally being reunited with Ronald, who died in 2004. 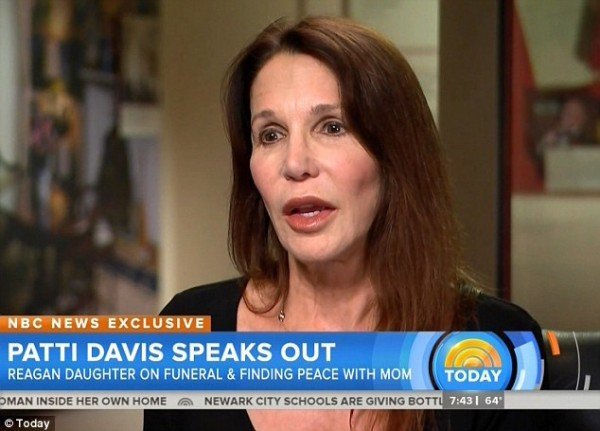 “I think she would be very honored and very happy that people paused in their lives to pay their respects to her and to honor her and it’s really comforting to see all these people who are, I’m sure, not all Republicans standing out on freeway overpasses,” she continued. “America lost a former First Lady but I lost my mother and I’m happy that she’s with my father now. They were complete unto each other.”

“If a band of gypsies were to take me and my brother away, they would miss us but they would be fine,’ she laughed, clarifying: ‘It didn’t mean they didn’t love us. But it meant that they were completely, their lives wouldn’t be destroyed if we weren’t there,” Davis added. “They were complete unto each other. That can be a complicated thing for children. Where I came to in my life and with her was to be really happy for her that she had this great love in her life.”

We’re sad to see Nancy go, but we’re sure glad that she’s with Ronald again!